A little while back, Capcom showed interest in VR technology, with the company hinting at something related to the Resident Evil series getting revealed in the future. A few hours ago, the Japanese publisher has finally revealed a new VR game which sounds quite interesting. 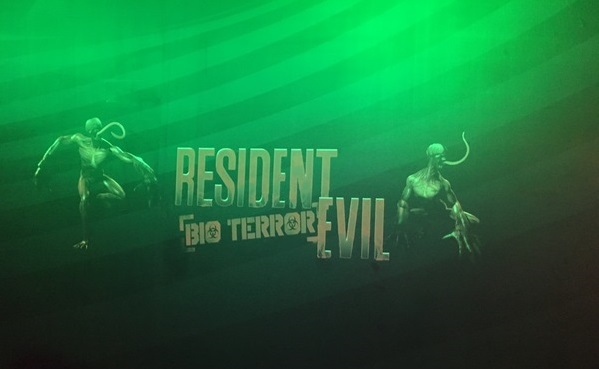 According to French website Biohazard France, Capcom has revealed the VR shooter Resident Evil Bio Terror during the Middle East Film & Comic Con, which has been held in Dubai. According to the report, the game is going to be a shooter game in the vein of the House of the Dead games, where players will most likely have to deal with a variety of creatures who have appeared in the main entries of the series. The game has been revealed as an exclusive to Hub Zero, an entertainment park in Dubai. Considering it's based on the Resident Evil series, there's a good chance that the Resident Evil Bio Terror will be expanded in the future.

The Resident Evil series hasn't received a new entry in quite some time, but Capcom has been doing its best to let players enjoy older entries of the series on modern hardware. Alongside the already announced PlayStation 4 and Xbox One remasters of Resident Evil 4 and 5, Capcom is also working on the Resident Evil 2 remake that has been revealed a while back. Not much has been said about the remake in the past few months, but earlier this week, it's been confirmed that work is progressing.