Virgin Galactic (NYSE: SPCE) on the Precipice of an Insider Selling Tsunami as the Virgin Group Seeks to Liquidate a Part of Its Stake 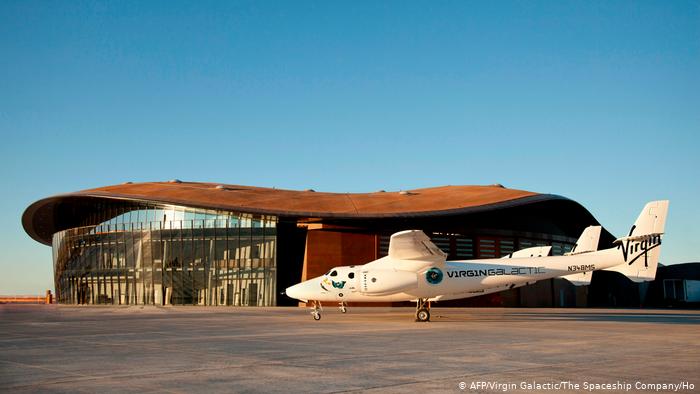 Virgin Galactic (NYSE:SPCE) – Richard Branson’s venture attempting to pioneer commercial spaceflight – is apparently on the verge of a historic liquidation. As per the latest disclosure through its subsidiary Vieco 10 Limited, the Virgin Group is looking to liquidate up to 25 million shares in Virgin Galactic.

In an S-1 filing with the U.S. Securities and Exchange Commission (SEC) today, the Virgin Group has revealed that it may offer and sell up to 25,000,000 shares in Virgin Galactic either to or through Credit Suisse Securities (SWX:CSGN). As per the filing, the Virgin Group intends to use the proceeds from the sale of these shares to “support its portfolio of global leisure, holiday and travel businesses that have been affected by the unprecedented impact of COVID-19”. As an illustration. Richard Branson recently asked for a £500 million bailout from the British government in order to alleviate the severe stress upon Virgin Atlantic – the billionaire’s struggling airline.

The entire quantum of possible liquidations, however, is far greater. As an illustration, on the 1st of May, Virgin Galactic filed an S-1 form with the SEC, intimating that some of its key shareholders may cumulatively sell 150.5 million shares. For reference, the company currently has 210.4 million shares outstanding. This means that the purported liquidation may constitute over 70 percent of Virgin Galactic’s entire float! Bear in mind that Richard Branson currently owns 114.8 million Virgin Galactic shares while Chamath Palihapitiya, the CEO of Social Capital Hedosophia Holdings, retains a stake that comprises of 33.8 million shares in the company. According to the reporting by the Financial Times, Richard Branson is now free to sell as much as 50 percent of his stake – that in total amounts to nearly $1 billion – in Virgin Galactic.

Even as other companies in the Virgin Group continue to bleed from the ongoing macroeconomic degradation amid the coronavirus (COVID-19) pandemic, Virgin Galactic continues to soar toward new milestones. As an illustration, on the 1st of May, Virgin Galactic made history by conducting the first test flight of SpaceShipTwo – the latest iteration of the company’s suborbital spaceplane – from its New Mexico spaceport. The spaceflight enterprise has also entered into a space agreement with NASA to advance high Mach technologies. It is understandable, therefore, that the stock should generate year to date returns of 74.72 percent corresponding to a market capitalization of $4.17 billion. Bear in mind that the company’s market cap at the time of its IPO last year was $2.3 billion.

Nonetheless, on the back of liquidation announcements in recent days, the stock is down today by 4 percent to $19.35 (as of 10:22 a.m. ET). Interestingly, Richard Branson has invested $1 billion in Virgin galactic and $600 million in Virgin Orbit – the Virgin Group’s satellite venture. Virgin Galactic has also raised funding from around 400 people through its ‘One Small Step’ initiative. However, the company continues to face a cash burn problem, having lost around $500 million over the past three years. Yet, the stock has become popular among hedge funds and investors on the back of expectations that Virgin Galactic will soon unleash a new age of sub-orbital spaceflights, whereby, people will be able to zip across continents at hypersonic speeds. This hype has led to inflated valuation, thus rendering Virgin Galactic a lucrative sell at this level. It is hardly surprising, therefore, that the Virgin Group should try to take advantage of Virgin Galactic’s stratospheric current valuations by liquidating a part of its stake at such attractive prices.