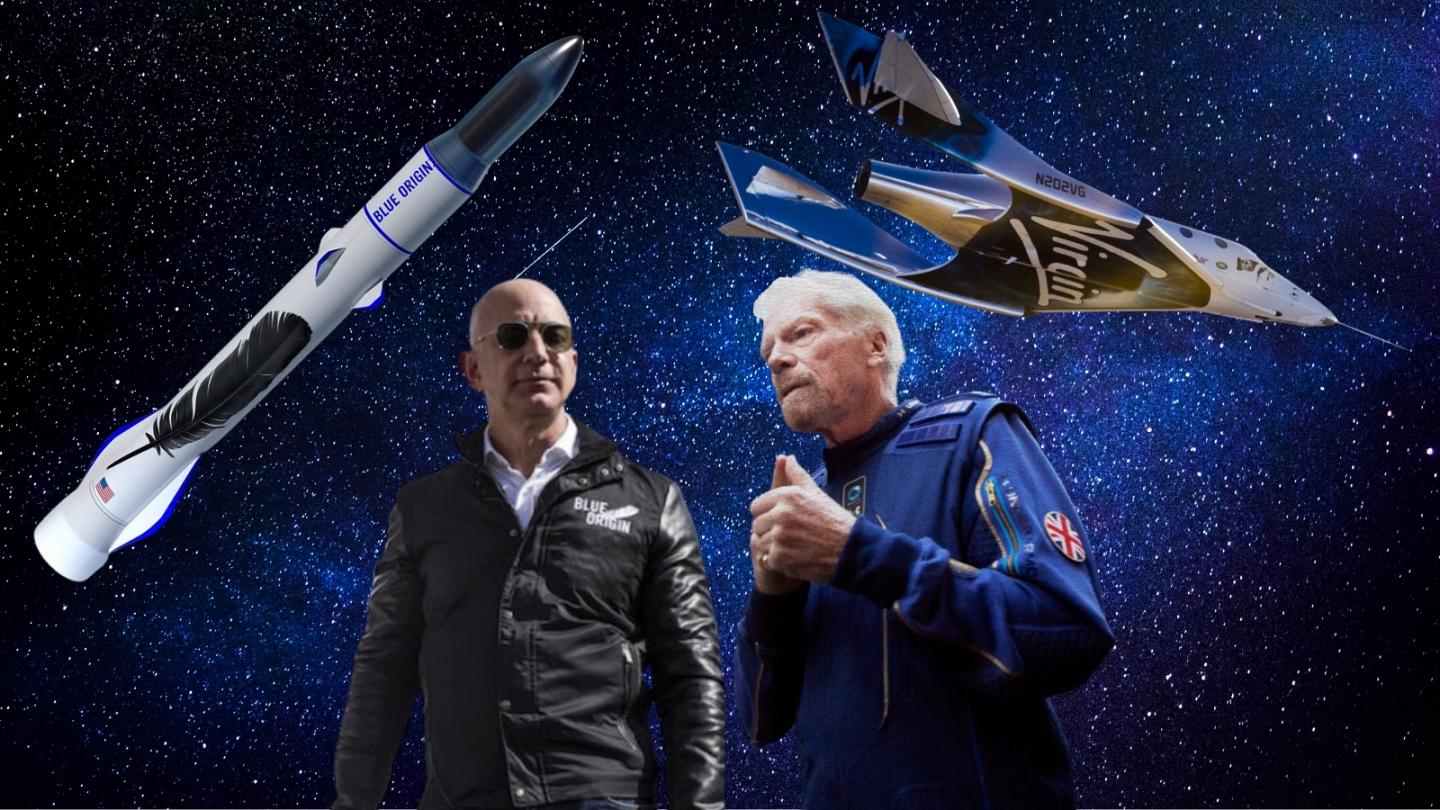 Virgin Galactic (NYSE:SPCE), Richard Branson’s spaceflight enterprise, is due for a healthy stock market rally this week as the company managed to fulfill the long-time ambition of its founder to head to space via a dedicated flight over the weekend. While Branson has won the billionaires’ war of optics, investors are now sure to tune in on the 20th of July when Blue Origin’s Jeff Bezos is scheduled to fly into space atop the New Shepard rocket.

As a refresher, Virgin Galactic completed its fourth rocket-powered spaceflight and first fully crewed one yesterday. The occasion marked the 22nd flight for the VSS Unity and also carried the company’s founder, Richard Branson. After being released from the mothership VMS Eve, the spaceship VSS Unity achieved a rocket-propelled speed of Mach 3 yesterday, managing to reach an altitude of 53.5 miles before gliding back to Spaceport America.

It should be noted that the Karman line, the theoretical boundary at which space officially begins, is located 62 miles above the Earth’s surface. Consequently, Virgin Galactic’s VSS Unity did not officially enter space yesterday. Blue Origin has been hammering this point quite forcefully as the company continues to face the heat from Branson’s bold initiative. The infographic below details the flight path that the New Shepard rocket and its passenger capsule are slated to take on the 20th of July:

As is evident, Blue Origin’s flightpath will cross the Karman line, thereby venturing into what is officially classified as space. Readers should note that the upcoming spaceflight ventures by Virgin Galactic and Blue Origin share quite a lot of similarities. For instance, both will carry up to six paid passengers. Moreover, while official details are lacking at the moment, both companies are expected to charge between $200,000 and $250,000 for a ticket to space.

Nonetheless, the two companies do differ when it comes to their plans for generating sustainable revenue. As we had noted in a previous post, Virgin Galactic aims to eventually operate around 400 flights per year, generating about $600 million in annual revenue, assuming six passengers per flight and a ticket price of $250,000. While conceding that space tourism is a niche sector, Virgin Galactic aims to generate a sustainable revenue stream by transporting high net-worth individuals across continents at supersonic speeds. As per a tabulation by Canaccord’s Ken Herbert, the company’s 2030 revenue is expected to compute at $1.7 billion.

Unlike Virgin Galactic, however, Blue Origin is targeting an exponentially larger Total Addressable Market (TAM). After all, the company is an important logistical partner alongside Elon Musk’s SpaceX for NASA’s Artemis 3 project – that aims to land humans on the moon by 2024 – as well as the Lunar Gateway, an outpost orbiting the moon that will provide vital support for a sustainable, long-term human return to the lunar surface. To wit, NASA awarded $1 billion to Blue Origin in May to produce initial designs for a human-landing system for the Artemis 3 mission. The company is also among 17 finalists to gain access to NASA’s testing facilities and expertise in order to develop new tech for upcoming space exploration missions.

Note: The headline has been edited for further clarity