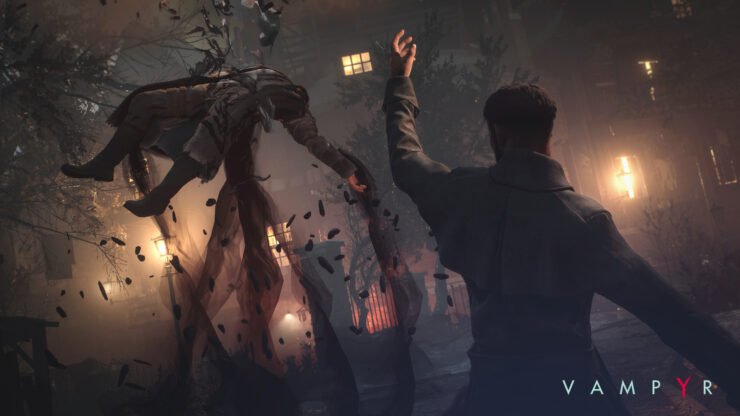 The release of Dontnod's Vampyr is getting close, as the game will be out on June 5th for PC, PlayStation 4 and Xbox One. This is certified by the official PC system requirements, added yesterday on the game's Steam page. You can find them below.

Vampyr was also rated M (17+, Mature) by the ESRB yesterday. Below you can find the ESRB's description, which contains very mild spoilers.

This is a third-person action game in which players assume the role of a surgeon (Jonathan Reid) roaming through London as a vampire. Players learn vampire skills/abilities; track citizens as potential prey; and battle other vampires, ghouls, and vampire hunters in frenetic combat. Characters mostly use swords or guns to attack enemies; Jonathan can also rip out the throats of human enemies by stalking and biting them. Some sequences depict executions of characters on and off-screen—a man's decapitated head appears on the ground in one off-screen killing. Blood-splatter effects occur frequently, and some environments depict mutilated corpses covered in blood. The game includes some sexual material: references to a priest molesting a child; a prostitute soliciting a character on the street (e.g., “Pay me a glass and I'll be gentle…Pay me a bottle, and I'll be nasty...I promise I'm cheap and clean.”). During the course of the game, a character is depicted slapping his arm for a vein, then injecting himself with a drug off-screen ("that is better...I will make it through one more night."). The words “f**k” and “sh*t” appear in the dialogue.