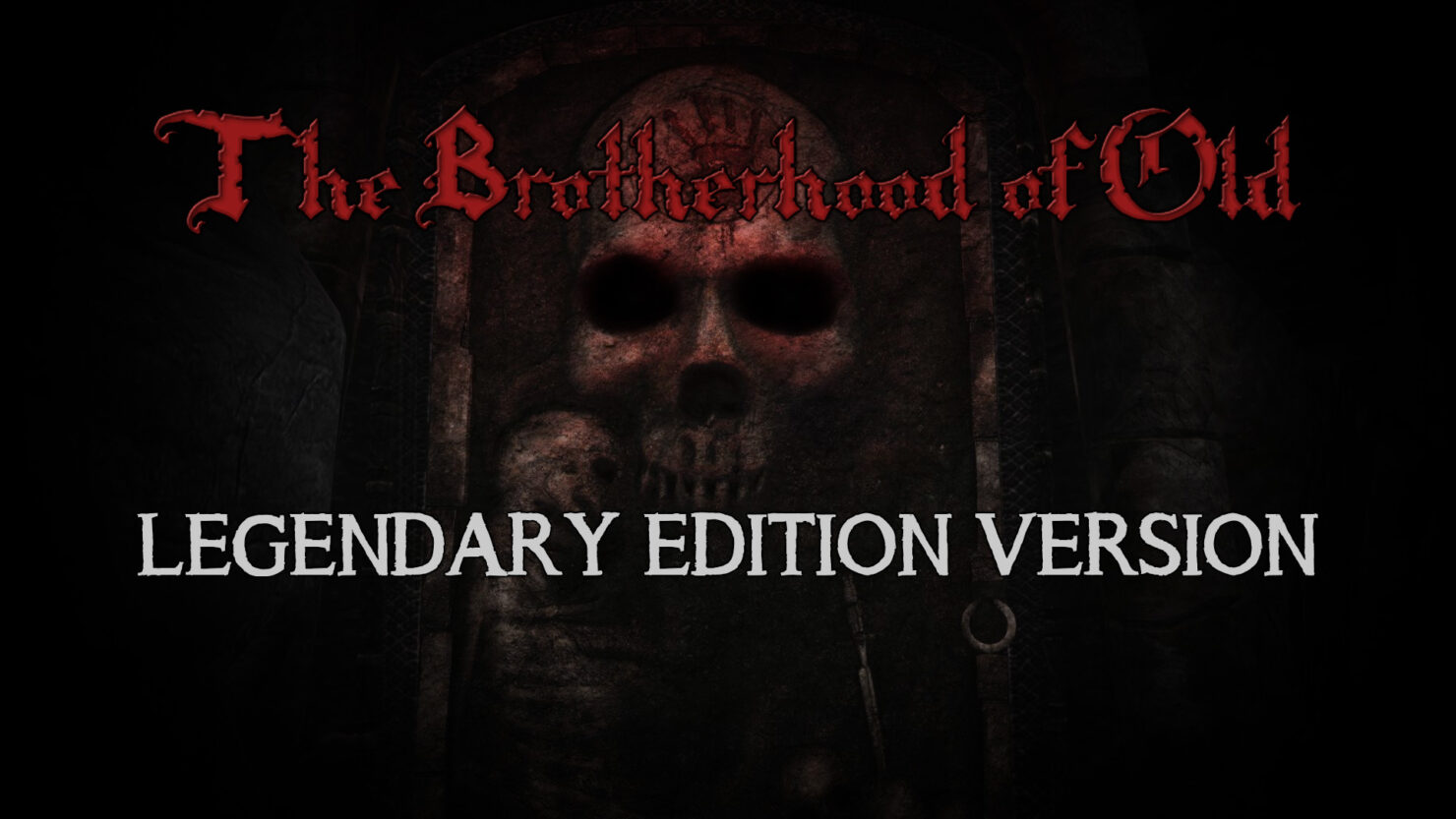 The Elder Scrolls V: Skyrim The Brotherhood of Old Quest Mod has received a new version which addresses plenty of quest issues.

Created by modder ‘Tom Tesoro’, the mod is currently in beta and adds new quests to the game taking place after the final quest in the original Dark Brotherhood questline. Players can expect roughly 5 to 7 hours of additional gameplay across 24 new quests, including 16 main story quests and 8 optional side quests. New items, weapons, and armor are included alongside a new player home and. We’ve included a video of the mod alongside some screenshots and a description down below:

As you mold this descendant into a weapon, the Brotherhood becomes respected throughout the land once more. But with this respect comes fear, and with that fear many come out of the woods to destroy the Brotherhood. A recently disbanded guild has reformed, deadlier than ever, and an old but unknown enemy has resurfaced, and between the two guilds they are dedicated to wiping out every trace of the Brotherhood.

The Brotherhood of Old is a quest mod for Skyrim, taking place after the final quest in the original Dark Brotherhood questline. This 24 quest epic will take you all across the land of Skyrim, as you try and rebuild the Brotherhood and strengthen it against future attacks. How will you deal with these new Brothers and Sisters? Will you be heartless and cold, doing only what is good for the Brotherhood as a whole? Will you be silent or cryptic, letting others fill in the gaps? Will you take the straightforward path, or will you put in a little extra effort and be rewarded proportionally? Will the Brotherhood fail under you, or will you make Sithis proud?