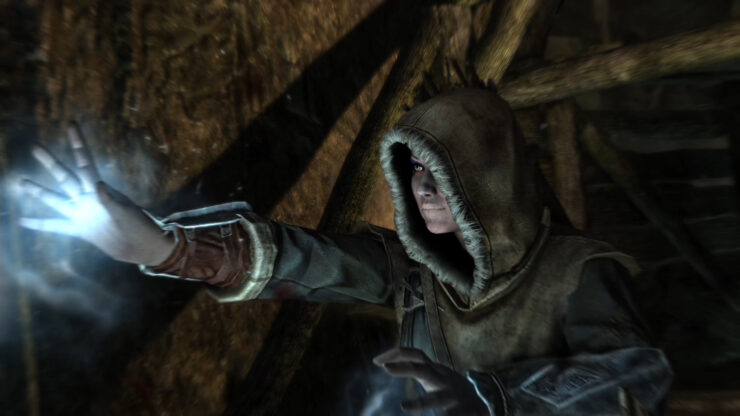 While console players are enjoying the crisp, detailed 1080p textures that Skyrim Special Edition has to offer, PC players are disappointed by what seems to be another useless, bug-ridden addition to their Steam game libraries. Skyrim Special Edition launched yesterday, not for good though, imply a large number of PC players in their reviews about the game on its official Steam page. The game is experiencing major technical issues, and the new high quality graphical features that it was supposed to deliver are hardly visible during the gameplay.

The remastered version of Bethesda’s hit 2011 open-world action role-playing video game is not much of a remaster, as it barely looks any different from the original game, note PC players. In-game lighting has been enhanced – not in the way you would want it to be though, says RockPaperShotgun – and texture detail gets a boost, but there is nothing that makes Skyrim Special Edition any better than the original Skyrim running with a decent mod.

Bethesda seems to have let slide the optimization work as well. Players report experiencing significant drops in frame rate, bugs and random crashes. Skyrim Special Edition needs you to have an NVIDIA GTX 780 3GB or equivalent graphics card to run the game smoothly at high settings, however, now that its out, the game struggles even when being powered by a GTX 1070 or GTX 1080, both of which are among some of most powerful GPUs currently available in the market. Here’s a game-breaking bug that greeted some unlucky player right at the start.

As mentioned before, PlayStation 4 and Xbox One players are apparently safe from any of the issues that the PC version of the game suffers from. PC Gamer reported that thus far, they haven’t come across major issues in frame rate stability, but that the game has bugs that were found in the original version around half a decade ago.

Just a few days ago, Bethesda officially proclaimed that the publisher will no longer allow the press to offer pre-release review coverage of its games. The company said that members of the press will receive review copies of its future games just one day before release, meaning that players won’t be able to base their decisions to purchase a game coming out of Bethesda’s kitchens on reviews in the future. Needless to say, the press hasn’t been too pleased. Why Bethesda decided to go with this policy, we’re still unaware. Skyrim Special Edition’s messed up launched only days after the announcement, however, won’t help Dishonored 2 do good in any way.

For more on Skyrim Special Edition and Bethesda, keep checking back here.