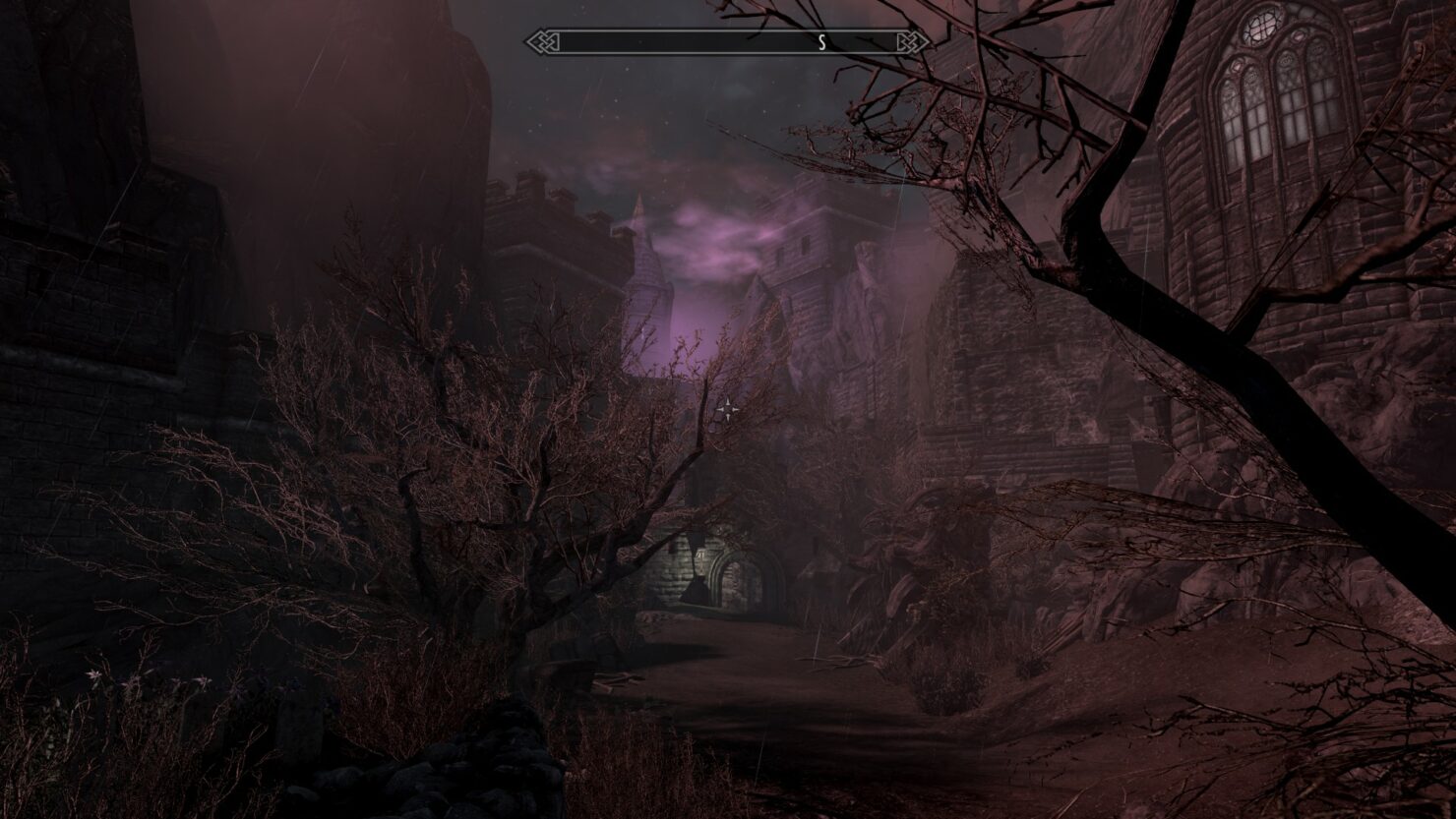 The first episode of “Castlevania Memories, a Castlevania-inspired quest mod, has now been released for Skyrim: Special Edition.

Created by modder ‘Lodkarnak’, this 1GB quest mod is based on the Castlevania game series with elements from 2005’s Castlevania: Curse of Darkness, and 1997’s Castlevania: Symphony of the Night. In this first episode, players will battle through the Night Horde of Dracula in order to battle Shaft while finding Castlevania-related weaponry and hidden accessories. The mod packs numerous enemies and bosses (not all) from the above-mentioned Castlevania games.

The first episode of Castlevania Memories, finally in Special Edition. You will travel through Abandoned Castle, Baljhet Mountains, and Garibaldi Temple in search of a way to stop the resurrection of Dracula. Saint Germain left a mysterious chest (yes the chest in Riverwood you were so frustrated about) in Skyrim with a ticket to Europe. He knew that only the Dragonborn would be curious enough to try using it. There are no Belmonts left to fight against the Night Army. Our only hope is the Dragonborn.

We’ve included some screenshots of the mod in action down below. A playthrough vid can be found here.

The recommended level to start with the mod is level 20, and to start the quest, players must travel to Riverwood and find the infamous mysterious chest in front of the Riverwood Trader. Then, players can use the “Ticket to Europe” to explore the castle.

Those interested can download the mod via Nexusmods. This mod requires the special edition of The Elder Scrolls V: Skyrim, but there’s also a version available for the original release of Skyrim.

According to the mod's creator, the second episode of "Castlevania Memories" is already in the works and the modder has promised that more quest conversions from the original Skyrim are coming to The Elder Scrolls V: Skyrim Special Edition as well.