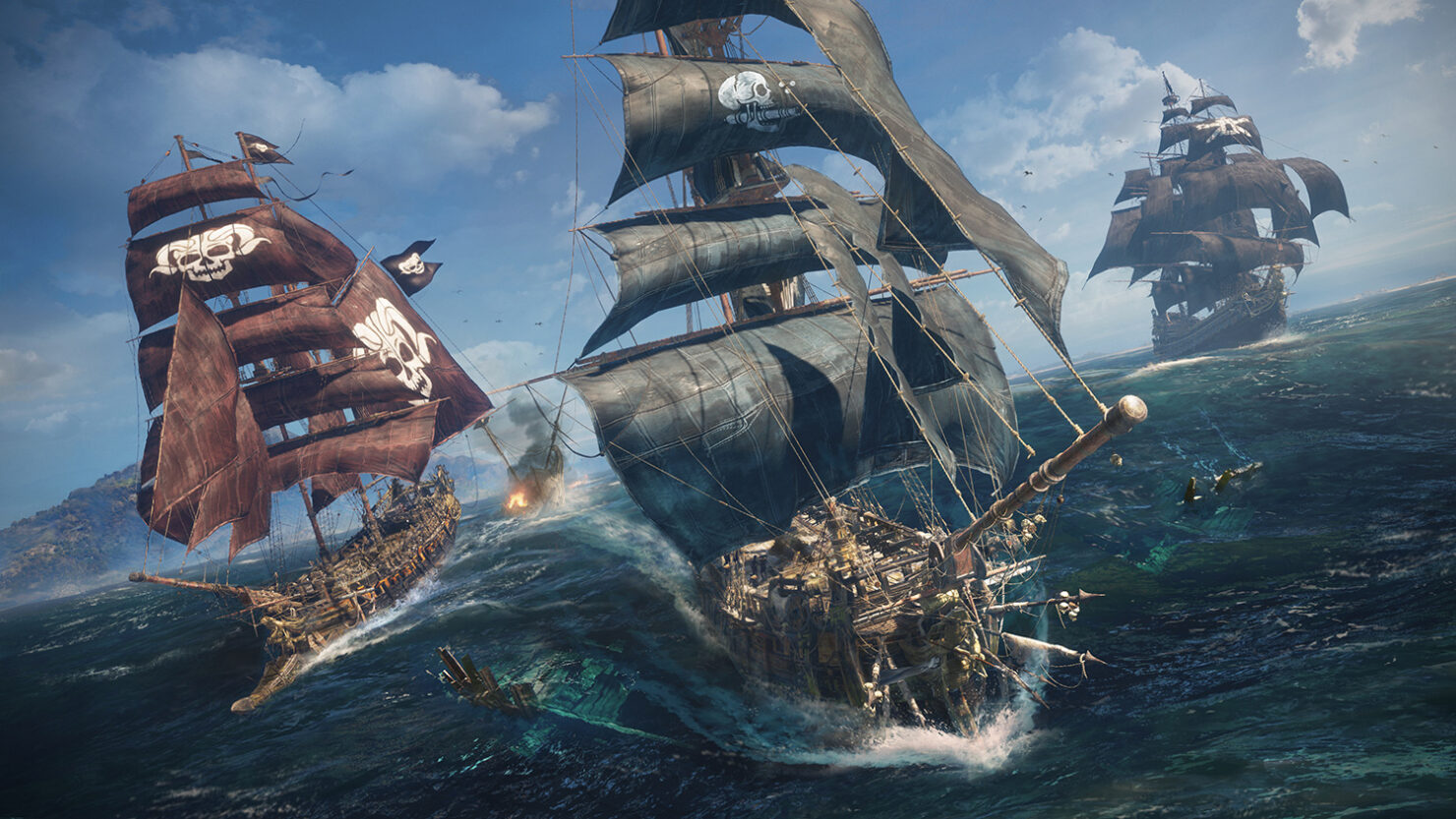 Amidst today's full-year 2020-2021 earnings figures, Ubisoft also shared the first outlook at the upcoming fiscal year 2021-2022 (due to end by March 31st, 2022), and the game Skull and Bones won't be released during this timeframe.

Here's the excerpt from the earnings press release:

The year will notably see the release of Far Cry 6, Rainbow Six Quarantine, Riders Republic, The Division Heartland and Roller Champions. Skull and Bones will now be released in 2022-23.

The earliest we'll see of Skull and Bones is April 2022, then, though that's really the best scenario kind of estimate.

The open world pirate-themed multiplayer naval warfare game was first revealed at Ubisoft's E3 2017 press conference, originally for a late 2018 release. The game then slipped into 2019/2020 to offer 'an even more engaging experience'. That obviously didn't happen either, as in September 2020 we heard directly from Creative Director Elisabeth Pellen that a new vision was now in place for the game, which should be re-revealed at some point in 2021.

Many of you have been wondering why we’ve had to postpone our launch. The answer is that we simply needed more time. We dreamt something bigger for Skull and Bones, and these ambitions naturally came with bigger challenges.

These difficulties resulted in necessary delays for our game. Critical questions needed to be addressed over the past several months such as: how do we modernize the classic pirate fantasy? How do we ensure a more immersive and visceral experience? How do we create cool and memorable moments in-game? For most of these questions to be answered, it was clear that we needed more development time.

It is unclear how different Skull and Bones will now be; we may learn something more at E3 2021. What about Far Cry 6 and Rainbow Six Quarantine, two other Ubisoft games that were delayed over their initial release windows? According to industry analyst Daniel Ahmad, they're still supposed to be released by the end of September as per today's conference call. That is to say, nothing had changed from their previous estimate, which had them both scheduled for the first half of Ubisoft's fiscal year. These two will definitely be featured at E3 2021.