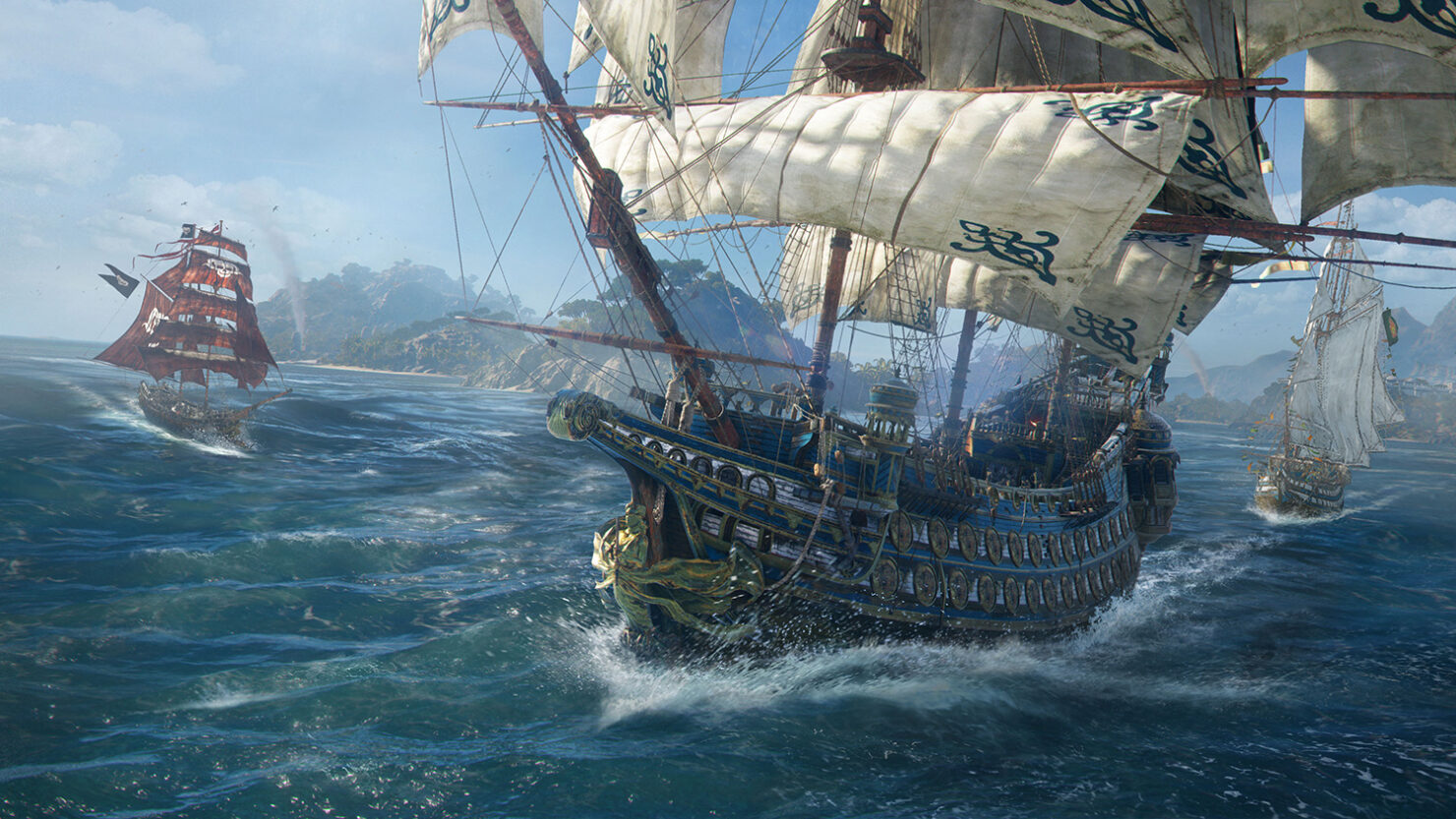 Skull & Bones has had quite a complicated development history. Originally announced back at E3 2017 as a game heavily inspired by Assassin's Creed IV: Black Flag's naval battles, Skull & Bones was delayed and 'rebooted' several times over the years, with the latest news pointing that it won't be out before the fiscal year that goes between April 2021 and March 2022.

Yesterday, though, Creative Director Elisabeth Pellen shared a brief update with the Skull & Bones community, anticipating that the game won't be showcased at the Ubisoft Forward event that takes place later today. In fact, it'll only be showcased again next year while the developers work on the 'new vision'.

We know you’ve been waiting for news, so I’m thrilled to confirm this: production on Skull & Bones has been in full swing with a new vision. Our teams at Ubisoft Singapore are fully committed to launching the game, as well as supporting it for many years to come. While our game won’t be present at Ubisoft Forward on September 10, we’re currently working on plans to present Skull & Bones sometime in the future. It will be worth the wait.

Many of you have been wondering why we’ve had to postpone our launch. The answer is that we simply needed more time. We dreamt something bigger for Skull & Bones, and these ambitions naturally came with bigger challenges.

These difficulties resulted in necessary delays for our game. Critical questions needed to be addressed over the past several months such as: how do we modernize the classic pirate fantasy? How do we ensure a more immersive and visceral experience? How do we create cool and memorable moments in-game? For most of these questions to be answered, it was clear that we needed more development time.

As Skull & Bones evolved from its original idea to what it is now, it was also necessary to have some fresh eyes join the team. I was one of those people when I joined as Skull & Bones’ creative director a little over two years ago. I have been part of the game’s core team that leads many of the talented developers at Ubisoft Singapore. Since then, many new talents have joined our global crew.

From our teams in Ubisoft Berlin, Chengdu, Kiev, Paris and the Philippines, it is truly a team effort. The dedication and passion of our developers continue to fuel our drive to make Skull & Bones something all of us can be proud of. Our confidence in each other’s talents is what motivates us to push Skull & Bones towards the finish line and beyond.

We’re proud of the work we’ve done and we hope you will be too when you see more of Skull & Bones at our comeback next year.

Stay tuned for more on the game.