Trine Dev Plans To Bring The Stealth Genre Back With ‘Shadwen’ 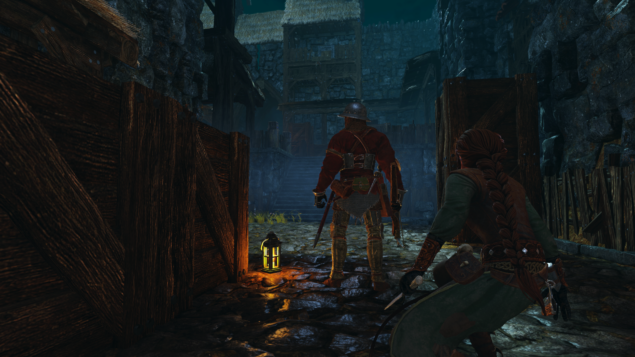 Shadwen is the brand new and ambitious project by Frozenbyte, the Finnish developer behind the Trine series. CEO Lauri Hyvärinen isn't afraid to speak his mind about the sad state of the stealth genre, something which will be addressed with Shadwen.

The stealth genre has been in a slump for years. Guns blazing and invincible heroes is not stealth. Yearly revisions like sports roster updates is a crap way of doing games. Shadwen will bring the genre back to its roots, with sneaking and hiding the main course of action. We will also explore the moral consequences of killing through our characters.

What that means is that you'll have to stay hidden for the entire course of Shadwen, because once spotted the guards will kill you on sight. Here's an excerpt about the story:

Shadwen, an assassin on a quest to kill the king, has a chance encounter with a little orphaned girl, Lily. She follows Shadwen on her dangerous journey, but when the ruthless guards get too close, Shadwen must take action right in front of Lily's eyes. Will she resort to violence and let Lily witness her crimes, or can she find another way and protect the child's innocence?

To kill or not to kill - that is the question.

There's more, though. Time only passes when moving, and you'll be able to rewind it too according to the features list below.

Take a look at the announcement trailer below. Shadwen will be available in 2016; platforms haven't been announced yet, but it's safe to guess PC and PlayStation 4 at least (Trine 3 is available on both).