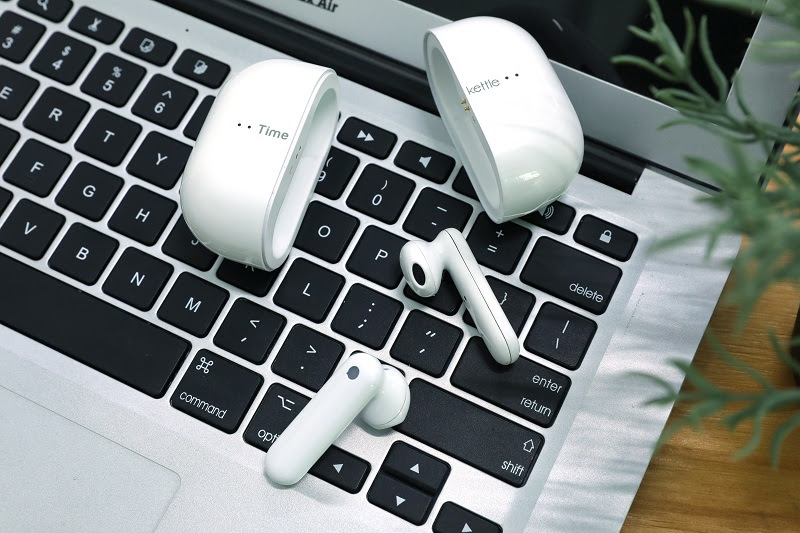 As our world becomes better connected, the need for communication will always be one of the most important things to bring people together. As AI and machine translation become more advanced, understanding one another can become a natural event. For those traveling abroad for business or vacation, affording a translator like the Pocketalk may only be useful for the trip and then sit in a desk until the next trip. Instead, why not look for a device that can become part of your regular lifestyle? I had the pleasure of taking the old Samsung Galaxy Buds out of my daily routine and replace them with Timekettle's new M2 Real-Time Translator earbuds for a week. 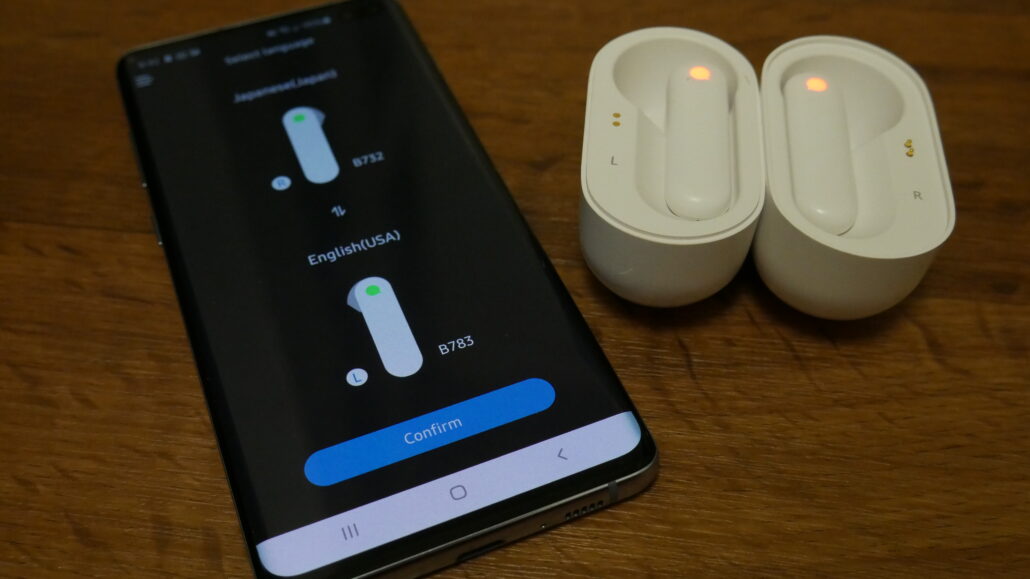 This isn't Timekettle's first attempt at creating a translator that replaces whatever bluetooth headphones you're carrying around in your pocket. Their last model, WT2 Plus, was a pair of bluetooth earbuds that could engage in realtime translation across 40 different languages simply by each wearing one of the earbuds and touching the earbud when you wished to speak. In the event of a noisy environment, the translation will also present itself as text on the user's phone. Once the languages for each earbud is selected, the speaker only has to tap onto the side of the earbud and start speaking before the translation is instantly translated and sent to the other party. With this, back and forth dialogue can be achieved with only minimal delays.

Timekettle has improved on their design with the newly announced Timekettle M2 earbuds that combine the features of the WT2 Plus along with features common for any set of bluetooth headphones: music and voice control features. For my hands-on with the Timekettle M2, I set them with my Samsung Galaxy S10+ the same way I'd pair any other set of headphones with each half of the M2 showing up as a separate bluetooth device. The split clamshell case can be separated to be handed off to another speaker and once closed can be charged via USB-C.

Before I'd even had a chance to download the Timekettle app and try out the real-time translations for myself, it kicked on my Spotify and started playing the Monster Hunter World soundtrack. Instantly, I was impressed with the wide audio range of these earbuds. The thumping percussion was easy to hear without the low range being blown out or muddied as I've heard on other headphones. At the same time, higher notes like flutes and other woodwinds rose above the percussion to stand out in a symphony of sound. For being such small earbuds, these have a surprising richness of depth to the sound that my Galaxy Buds just couldn't match. Powered by a Qualcomm Bluetooth 5.0 chip and Qualcomm's Aptx audio codec, the Timekettle M2 paired well and the signal remained strong even when wandering to the far ends of my apartment without dropping the beat.

When it came time to give the main attraction a try, I had to download the Timekettle app for my Android phone and pair together, sometimes for a second time before it would link to the app. After synced, the Timekettle app will prompt for which languages to translate for each earbud, handy if you have to meet with different business partners all day long. I was informed that the Timekettle M2's translation software was powered by 14 different servers across the world including iFlyTek, Microsoft and Google's language enterprises.

Timekettle M2 features two primary modes for translation: Touch Mode and Lesson Mode. Touch Mode is the main feature that most users will use. Each person wears one of the earbuds and touches their device to start speaking and have it translated into the other person's ear. The first person can speak continuously until the other party presses their own earbud, allowing for a back and forth dialogue that might be more indepth for one person, such as asking for directions. A live translation will also appear within the app in case you missed what was said.

The other mode for the Timekettle app is Lesson Mode and was what I was most interested in trying out. For this, the phone is placed near the native speaker and anything spoken is translated and played back into the earbuds. You can set a delay on translations depending on the speaker's cadence, from 0.4 seconds up to 3 seconds. The Timekettle M2 is designed for real-life face to face interactions and that's where it works best, but how does it fare against pre-recorded content on the internet?

I tried a few different types of Japanese media with varying success. The first was an episode of anime from my backlog (Dororo, to be exact) and the rapid speaking and music made it different to get an accurate translation. While I could get the gist of what was going on during normal dialogue, much of the episode was still a mess with the Timekettle M2 stringing together dialogue from multiple characters and trying to translate that as one complete thought. The second attempt was a manzai comedy routine between two speakers. This worked much better because of the lack of background noise and music, so my phone was able to pick up the dialogue much better. Again, the fast speaking did make it difficult to catch up, so I would have to pause after each punchline to hear what was said and it worked with much better accuracy. Some jokes simply don't translate well but I just consider that to be a matter for localization. Lastly, I tried a Japanese commercial. This was actually the best example for the Timekettle M2 and it worked with much stronger accuracy, even for made-up words like Danganronpa. Still not as accurate as face-to-face speaking but I was nevertheless impressed with the higher level of accuracy than the other methods.

At a much lower pricepoint than the WT2 Plus, the Timekettle M2 does have a compromise when it comes to the earbud itself. Built into a single piece plastic shell, there are no replaceable tips to fit different ear sizes, so the Timekettle M2 is a one size fits all type of device. Despite this, they did sit comfortably in my ears although they did require an occasional adjustment when listening to music (and the touch sensor would accidentally pause my music without fail). They're not as comfortable as other bluetooth earbuds for longterm listening on commutes or the gym but when these are primarily focused on quick translations, I can understand the compromise. Besides, the plastic one piece design is far easier to keep clean than silicone eartips. For those that are worried about the sturdiness of the Timekettle M2, these earbuds also feature an IPX4 certification to resist rain and sweat.

While not a review of the Timekettle M2, I would say that I'd have to recommend these as a travel tool for anyone going abroad. The real-time translations did exactly what they claimed to do with great success between two speakers. Even though the Timekettle M2 may not be ideal for watching foreign movies, they do pack a surprisingly good sound for listening to music or watching something you can actually understand with subtitles on. 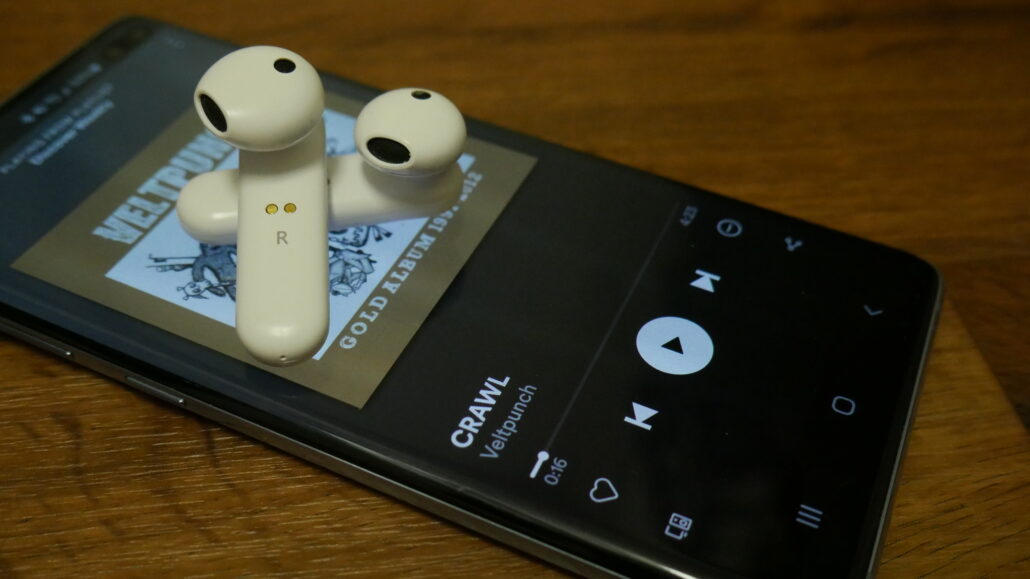 The Timekettle M2 Real-Time Translator with Music has already launched on Indiegogo today. Set with an MSRP of $119, the first batches of Timekettle M2 are running a Super Early Bird promotion of $69. The unit I used for my preview impressions was provided by Timekettle as part of their production run and may be subject to changes before shipping out to backers with an ETA of September 2020. Offline translation is one key feature coming to the Timekettle M2 and was not available to test in the most recent version of the Timekettle app.

Man Swallowed One of His AirPods While Asleep, Didn’t Realize Until the X-Ray Arrived