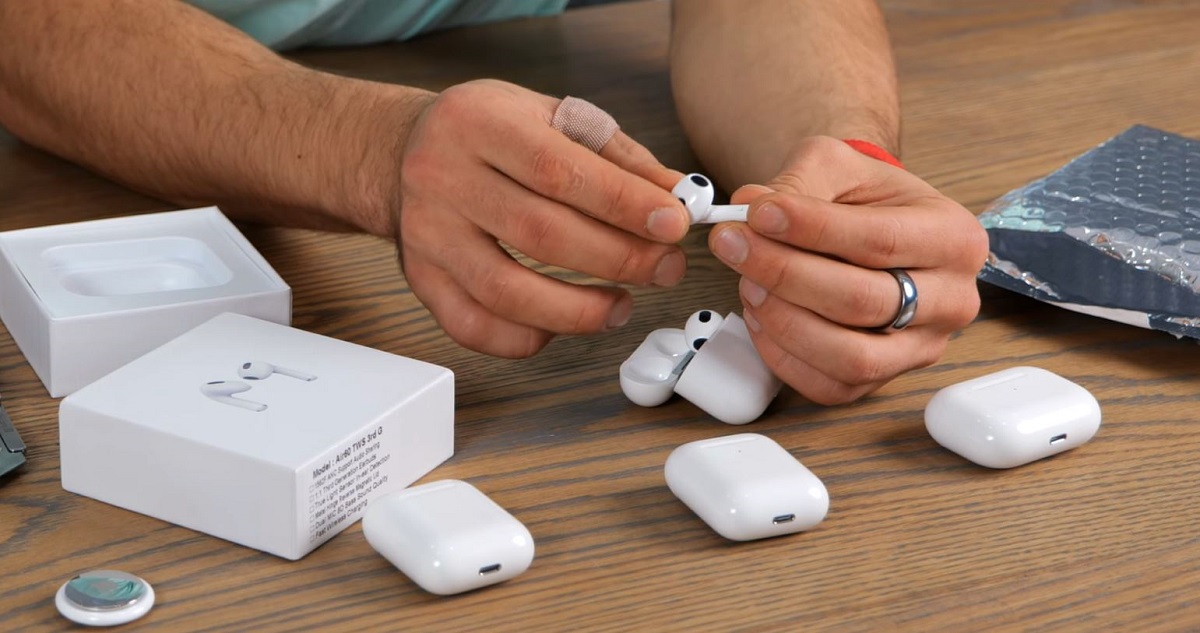 Before Apple hosted its Spring Loaded event, there were numerous speculations that the company will announce the AirPods 3 alongside the new M1 iMac, iPad Pro, AirTags, and Apple TV 4K. However, Apple decided not to announce the earbuds. Once again, anticipations regarding AirPods 3 are on the rise. Today, a new video has emerged that showcases the AirPods 3 clone compared against AirPods Pro and other models.

Rumors of AirPods 3 have been coming for a long time. Ming-Chi Kuo stated that Apple will not announce the earbuds before Q3. The new AirPods 3 clone video has been shared by the YouTube channel EverythingApplePro. The earbuds are called the Air60 TWS which comes in the same design and form factor as we expect the AirPods 3 to be.

We are expecting the AirPods 3 to feature a similar design and form factor as that of the AirPods Pro. While there is no adequate visual evidence on the design, the latest leaks show that Apple will not include replaceable ear tips. In addition to this, some of the high-end features will also be absent, such as the Transparency and Active Noise Cancelling modes. The AirPods 3 clone seems to mimic the AirPods Pro quite well in terms of design.

Taking the design of the AirPods and AirPods 2 into account, the two models feature a bigger stem than what we expect the AirPods 3 to have. Filip also compared the charging case of the AirPods 3 clone with that of the original AirPods, the AirPods Pro. as well as the iPhone. At this point in time, it is unclear whether the upcoming model will house an H1 chip for better connection and audio quality. There is also a possibility that Apple will introduce a U1 chip.

This is all for now, folks. Check out the video above for more details. What are your expectations with the AirPods 3? Let us know in the comments.