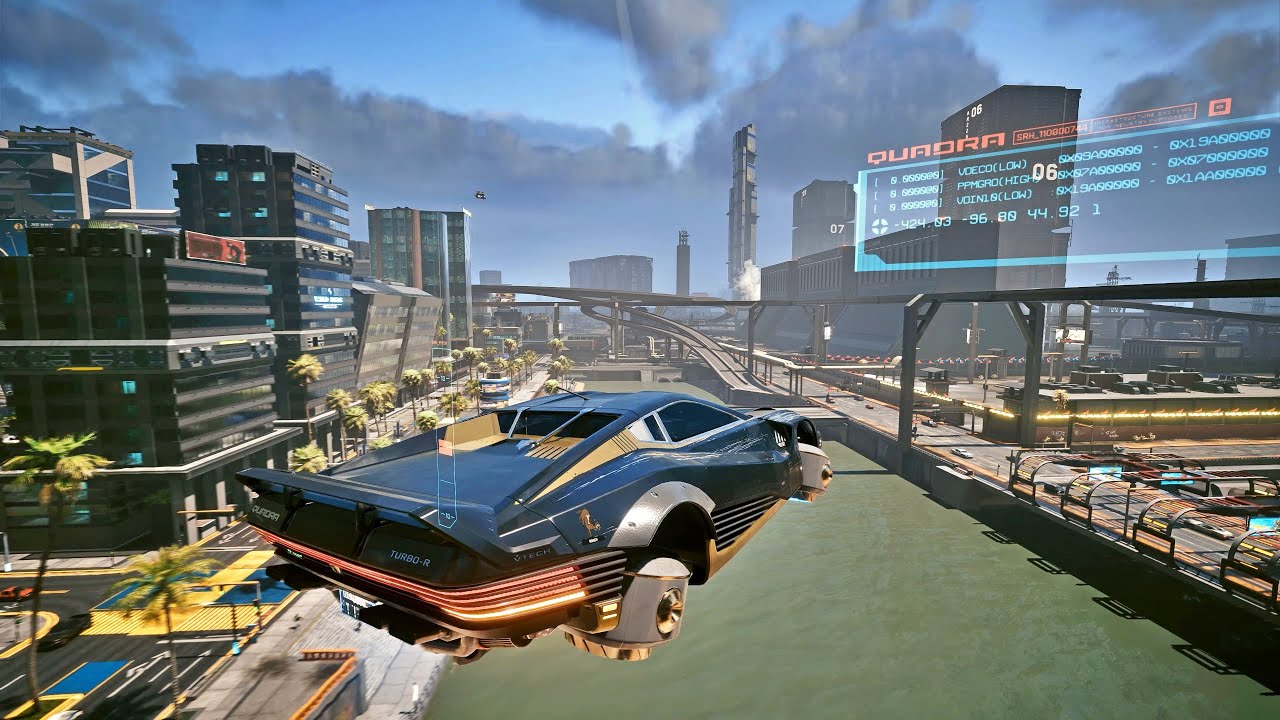 A new Cyberpunk 2077 4K showcase has been released, and this one is giving us some serious Back to the Future vibes.

There have been plenty of graphical showcases for CDPR’s latest title, but Digital Dreams’ latest video sparked some nostalgia. This new showcase in 4K resolution shows a heavily-modded version of Cyberpunk 2077 complete with the new Flying Cars mod and had us going back to 1989 when Doc sees flying cars in the 2015 version of Hill Valley.

Sadly enough, even in 2022, we still don’t have actually flying vehicles, but we guess that in 1989, movie director Robert Zemeckis expected that flying cars would be a real thing 26 years in the future.

This new showcase looks pretty great so be sure to check it out below:

In addition to the new Flying Cars mod for Cyberpunk 2077, this showcase has the game running with various other mods, including the creator’s well-known own custom ReShade Ray Tracing preset to further enhance the game’s visuals, and reduce the blue and green tints.

Cyberpunk 2077 is available globally now for PC, PlayStation 5, PlayStation 4, Xbox Series X|S, Xbox One, and Stadia. The next-gen versions of the game were released back in February of this year.

Cyberpunk 2077 takes advantage of the additional power of the newest generation of console hardware, allowing for ray tracing features and 4K with dynamic scaling on Xbox Series X and PlayStation 5, faster loading times, and a variety of other visual and technical improvements. On PlayStation 5, the game will additionally utilize the DualSense controller’s adaptive triggers and haptic feedback functionalities.

The new update also comes equipped with a host of changes and improvements across all versions of Cyberpunk 2077. These range from further performance and stability optimizations, to tweaks to gameplay and economy, the open world of the game, map usage, along with new interactions for relationships and an overhauled Fixer system. Furthermore, new pieces of free additional content have also been introduced, including rentable apartments, new gear, character customization options, and more. Details regarding the new content are available here.