We have seen The Witcher 3: Wild Hunt, an action role-playing marvel brought into existence by renowned Polish video game developer CD Projekt RED, getting the best of mighty PC hardware available on the market right now and running at glorious 4K resolution with maxed out graphics settings, as well as delivering an immersive gameplay experience at 1080p resolution with decent frame rate. What we have not seen is the game keeping a steady flow on quite old hardware, and if you thought it wasn't possible, you're in for a surprise. 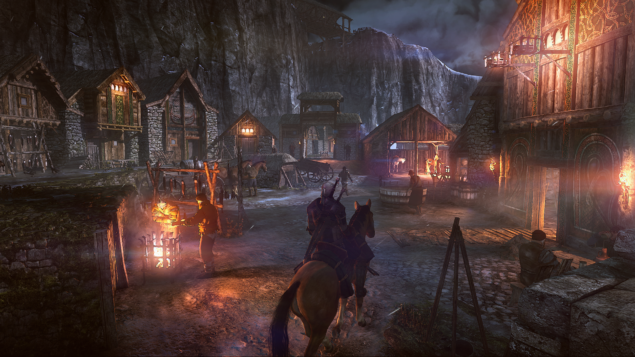 Here's How You Can Run The Witcher 3: Wild Hunt at Decent FPS on Your Old Laptop/PC Hardware

The Witcher 3: Wild Hunt is by far the best role-playing game available on current-gen platforms right now. It has been more than a month now that the game is out on shelves, and it is still topping weekly sales charts in major regions across the globe. With higher quality textures and astounding graphical detail, the PC version of CD Projekt RED’s epic hardboiled fantasy masterpiece indeed has the most to offer. But being a current-gen title, the game requires fresh hardware to deliver a smooth gameplay with sufficing frame rate. However, now those who don't have a decent PC or laptop can experience Geralt's monster slaying artistry as well, at the cost of the game's beautiful graphics, that is.

In an effort to run the game on low-end laptop, YouTube user LowSpecGamer modified the game’s files by using some external programs, shrinking the quality of the in-game objects and downsizing the graphical assets of the game to an extremely low extent, making it playable on an outdated laptop graphics card. The custom configuration allows the game to run smooth enough at 25 to 30 frames per second on hardware specifications that are listed below, but quite the obvious, with little proper detail, the game looks like a PlayStation 2 title. Below is the tutorial video that includes step by step process to all this tweaking along with a look at the end result.