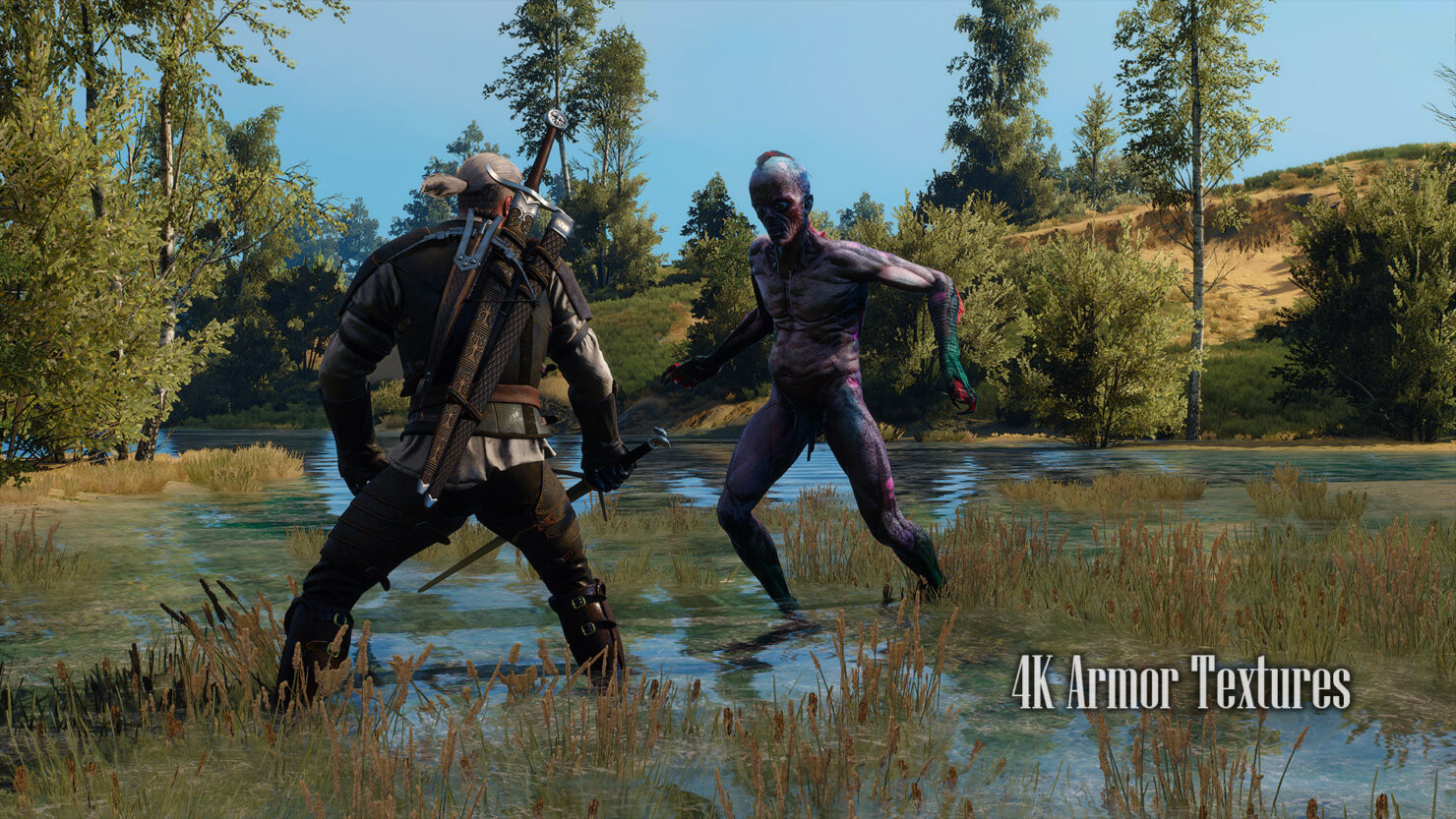 The 4K Armor Sets pack introduces upscaled 4K armor textures with new custom made leather and cloth details for all Witcher Armor sets, with the exclusion of the Manticore set and the Grandmaster level sets.

This texture mod changes the appearance of all Witcher Armor Sets (except Grandmaster and Manticore).

It has been 5 years since The Witcher 3 released on PC, PlayStation 4, and Xbox One, but plenty of mods are still being developed for the game. Earlier this week, a new version of the Redux gameplay overhaul mod has been released online, introducing new gameplay tweaks that are meant to make the game feel more lore-friendly than before.

This mod can be considered a "light" gameplay overhaul as it doesn't fundamentally change the gameplay mechanics, but still makes enough major changes to be considered more than just gameplay enhancements. Its main purpose is to make the gameplay feel more realistic and lore friendly where preparation is key. After all, a witcher with no potions is half a witcher. It also attempts to stretch out the levelling elements across both expansions and overhauls the skill system, so you're not wasting skill points after level 30 just to unlock the later skill tiers in the other trees