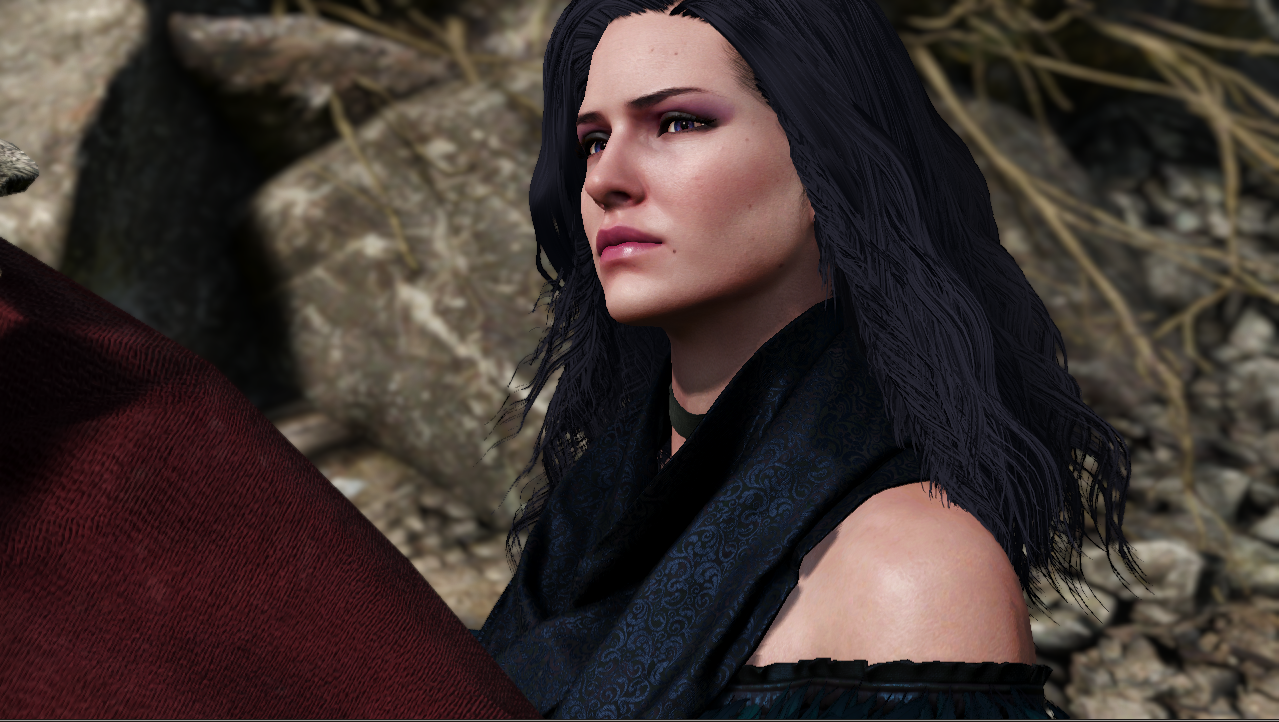 The Witcher 3 features Hairworks support for Geralt and select monsters. A new mod that has been released a couple of days ago shows how it is possible to introduce the feature to NPCs.

The new mod introduces Hairworks for Yennefer. The mod has been created using the next version of the Radish modding tools and serves as a proof of concept.

In the upcoming radish modding tools update it will be possible to add new hairworks assets (hairstyles or fur) to the game. An example proof-of-concept project for a Yennefer hairstyle will be included to get mod authors a quickstart and will contain all the used "source" files (3dsmax). The example *does* have some issues and was not meant to be published.

Since multiple people kept asking for it as a mod... here it goes... However, as much fun as it was to play with 3dsmax to create the example it will stay as it is and there will be NO UPDATES unless someone else continues the work form the example project or creates something from scratch.

More information on the new The Witcher 3 mod can be found on Nexus Mods.

The Witcher 3 Radish Tools have been released around one year ago. They allow modders to create custom story quests, among many other things.

These are not beginners modding tools. You should have an intermediate or advanced W3 modding knowledge.

This collection provides a variety of tools to create or modify different kinds of game content. Although one of the goals was to provide tools that reduce some modding pitfalls every tool does require some deeper knowledge to be usable: on its own and in the grand scheme of combining content into a quest mod.