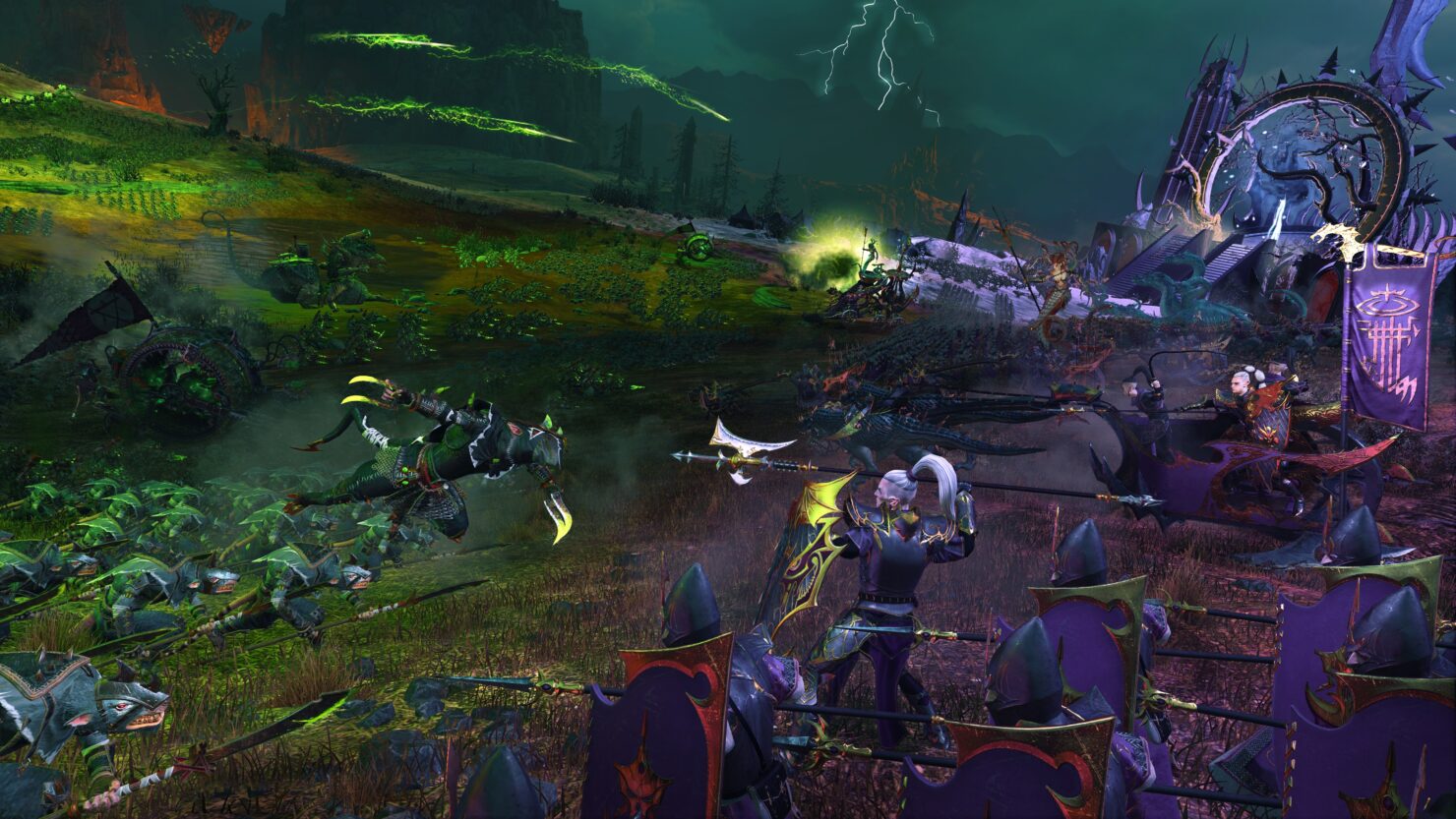 The Shadow & The Blade is a new campaign pack coming in a couple of weeks to Total War: Warhammer II. Announced today by SEGA and Creative Assembly, it will go live on December 12th for a price of £6.99/$8.99/€8.99, though preorders (live now on Steam) can enjoy a 10% discount on that.

Tz’arkan, the Drinker of Worlds has escaped from his eternal prison within the Realm of Chaos and latched himself onto the mind of Malus Darkblade, forging a deadly partnership that reverberates throughout the New World. Sensing the potential of this daemonic entity, the Nightlord of Clan Eshin has dispatched his most trusted assassin, Deathmaster Snikch, to track down the daemon and investigate its true power.

Out December 12th and playable in both the Eye of The Vortex and Mortal Empire campaigns, The Shadow & the Blade introduces two legendary lords to Total War: WARHAMMER II, both with an insatiable desire to spread destruction across the battlefields of the world. With swarms of sneaky rats, nightmarish Medusa-bound blood shrines, stealth magic lore, and a unique and intertwined campaign, players have an arsenal of new ways to inflict death upon their enemies.

Beyond these features, Total War: Warhammer II is also receiving 'significant' quality of life improvements. More specifically, wait times between turns have been decreased up to 60%, though the developers added the exact amount of reduction will depend on the 'current game state and PC specifications'.

Check out the announcement trailer for The Shadow & The Blade below. Total War: Warhammer II, the base game, is now priced €20.39 (66% off) on Steam as part of the Autumn sale; if you're still debating whether to purchase it, check out our review.