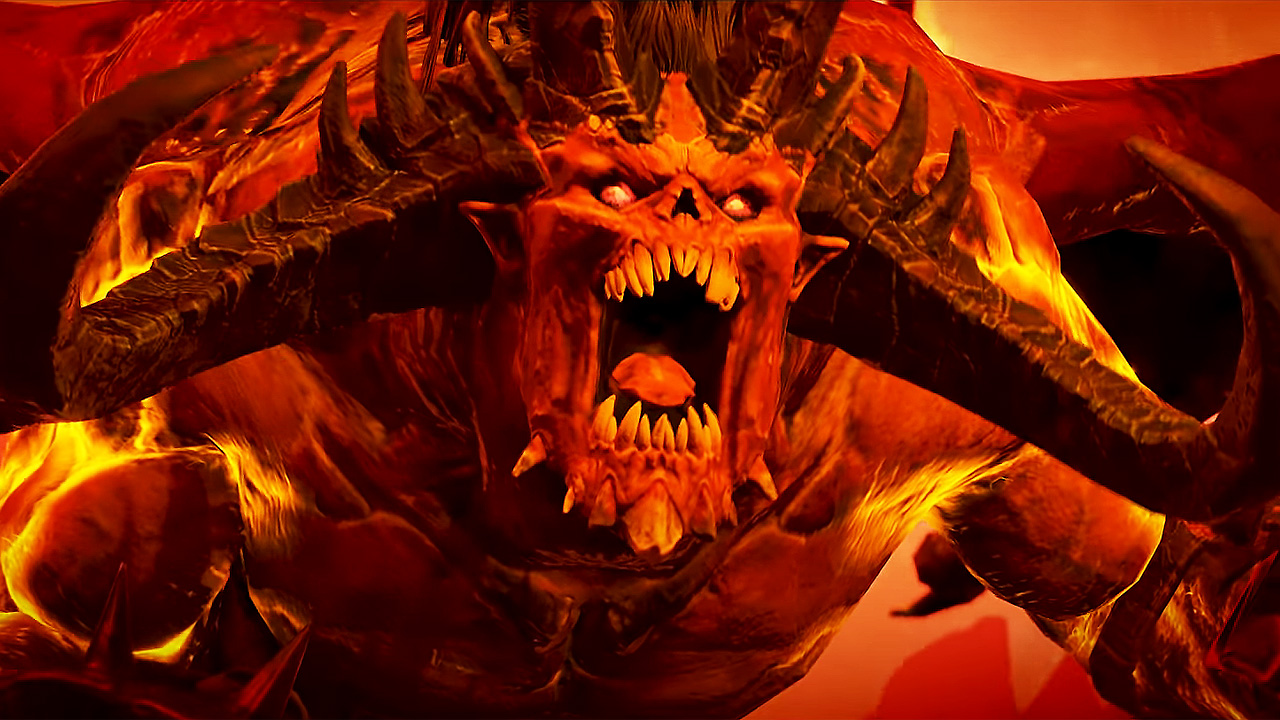 Today during their Warhammer Skulls livestream, Games Workshop shared new information about a wide range of video games, including new details on both Total War: Warhammer III and Total War: Warhammer II. The big reveal was the first look at Khorne faction from TW: Warhammer III, who, despite their devilish appearance, actually shun magic in favor of brutal hand-to-hand combat. Check them out in action, below.

Here’s a bit more detail about how the Khrone work – Creative Assembly is promising a bit more deep-dive information, tomorrow.

An embodiment of their patron god, the daemons of Khorne are muscled, brutal and embrace spilling blood at every opportunity. Detesting the use of magic, they are a high-tempo army that relishes closing the distance upon the enemy with devastating impact before unleashing their vicious hand-to-hand combat skills. The longer these skull-craving warriors remain in the thick of combat, the more proficient they become at fighting as battle bonuses unlock.

Skarbrand was once the greatest of all Khorne's daemons. Undone by his pride, he was banished from the service of the Blood God and cast from the Realm of Chaos. Forever tormented by his downfall, he wanders the mortal and immortal realms, a restless fury that cannot be stopped.

As the most powerful melee combatant to ever grace the battlefields of Total War: Warhammer, Skarbrand has a host of unique abilities which improve his battle prowess. His twin axes, Slaughter & Carnage increase his damage output with every kill made, whilst Bellow of Endless Fury allows him to unleash a devastating fire-breath attack. Beyond these, he also has the passive ability to inflict rampage upon his weak-minded foes, rendering them incapable of retreating from the slaughter he presides over.

Meanwhile, fans can also look forward to the final update for Total War: Warhammer II, entitled The Silence & The Fury, which adds new Lords for the Beastmen and Lizardmen. Here’s a teaser trailer for you.

The final Lord Pack for Total War: Warhammer II is coming. The Silence & The Fury will feature the long-awaited return of the Beastmen led by Taurox The Brass Bull who will be dueling it out with the Oxyotl The Unseen from the Lizardmen.