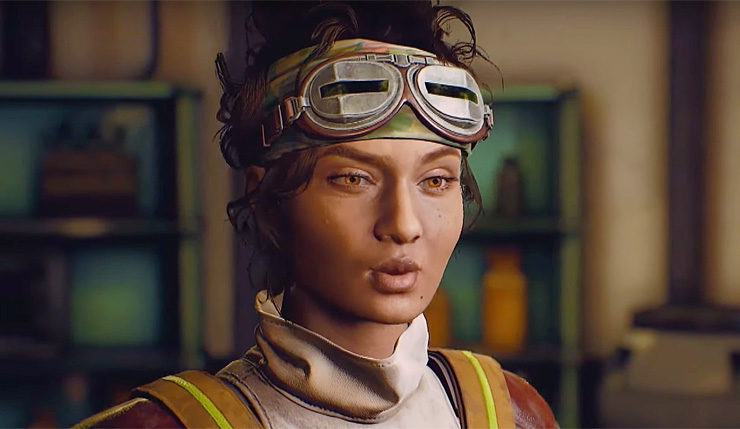 One of the big advertised features of Obsidian Entertainment's upcoming The Outer Worlds is that players will be able to kill anyone. It doesn’t matter if they’re named, or play a potentially key part in the story – you can take them out if you want. Well, in a new 40-minute gameplay video, the folks at Game Informer really put that to the test. They set themselves up with a stupid (as in, their Intelligence stat is very low) melee character and go about bludgeoning important characters to death left and right. This gameplay was recorded at the Tokyo Game Show, so some of it is similar to footage we’ve already posted, but some new areas are shown and, of course, the sociopathic approach is very different. Check it out, below.

Obviously, you’re probably not going to want to play this way, but it’s interesting to see Game Informer push the title's limits. Hopefully there are some long-term consequences to playing like a real monster. Being able to run wild and kill everyone is cool, but without consequences you’re basically just playing GTAV, not a real RPG. Haven’t been keeping up with The Outer Worlds? Here are the game’s key features:

The Outer Worlds hits PC, Xbox One, and PS4 on October 25. A Nintendo Switch version will arrive sometime after that.