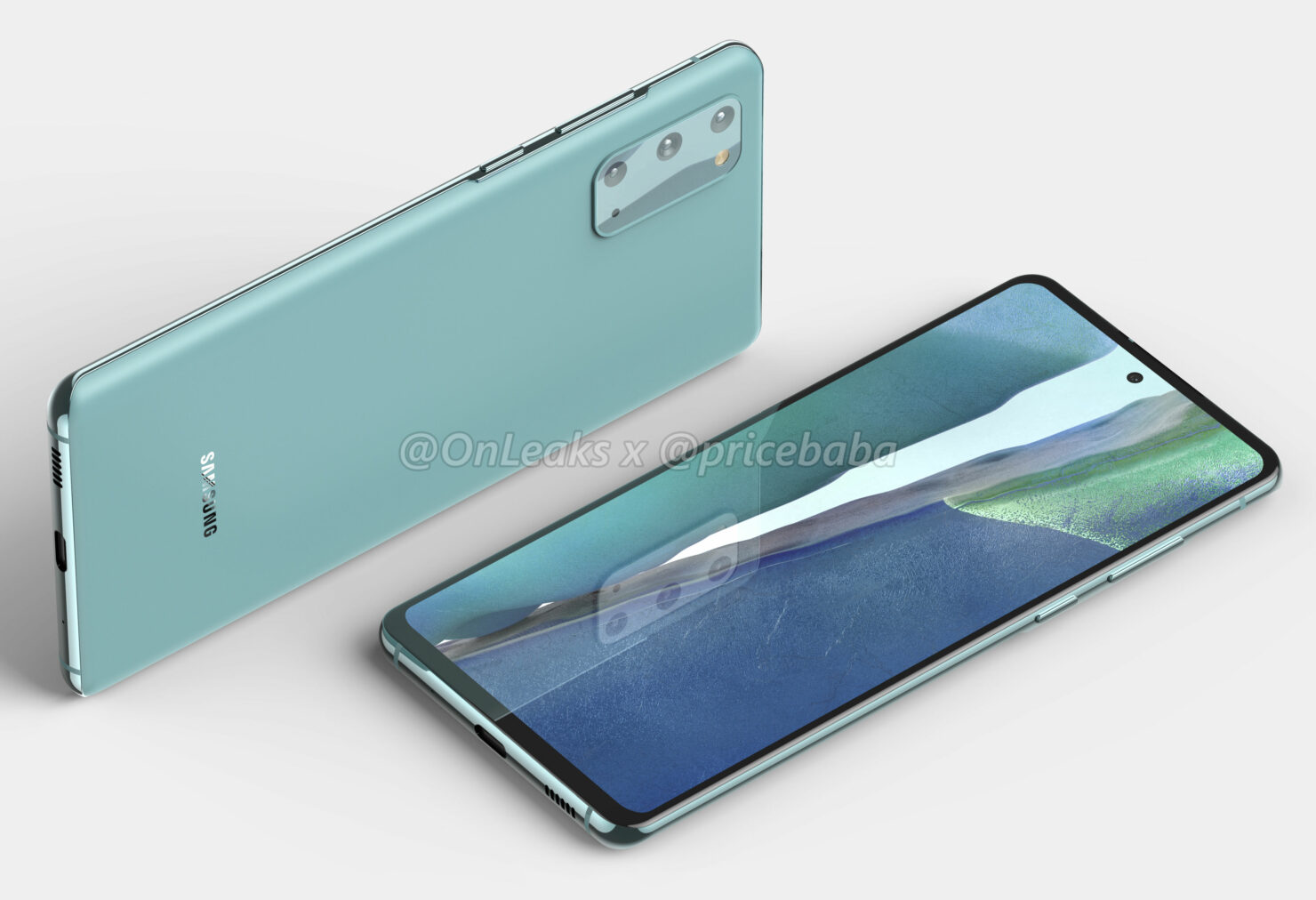 It has only been a while since the Galaxy Unpacked took place and while the Note 20 launch was successful, one device that was missing from the event was the Galaxy S20 Fan Edition. We have heard a lot about the device and the speculations pointed towards the release alongside the elder siblings but Samsung had other plans.

The Galaxy S20 Fan Edition is supposed to be a cheaper alternative to the much-beloved S20 series of devices and should bridge the gap for a lot of people who are not willing to pay top dollar. Today, we have our first proper look at how the device looks and we are not disappointed.

For those wondering, we have had some information on the specs, so far and if the information is correct, then the Galaxy S20 Fan Edition would be inherently better than the base Galaxy Note 20, which I believe should not exist, in the first place. Still, I will let the renders do the talking for now.

As far as the suggested specs are concerned, the source talks about the Galaxy S20 Fan Edition sporting a 6.4 or a 6.5-inches flat display with a hole-punch camera right in the middle. On the back, you have a triple camera setup. The phone is likely to sport a 12-megapixel Sony IMX555 primary sensor, the same one is found on the Galaxy S20, a 12-megapixel ultra-wide camera, and an 8-megapixel telephoto camera with 3x optical zoom. The front camera could be a 32-megapixel unit based on the unit. You are also likely to get a 120Hz display with IP68 certification for water and dust resistant. The source also gave us a 360 degree render a video that you can check below.

You are also getting Snapdragon 865, which will bring 5G support, as well. There is no mention of an Exynos variant, which could indicate that Samsung may not go global with this device's launch.

As far as pricing and availability is concerned, the Galaxy S20 Fan Edition is set to launch for $750 in October.