Apple will announce its flagship iPhone 14 models in the second half of 2022. While we are months away from the official launch, news regarding the forthcoming devices keeps on pouring in. We have previously heard that the iPhone 14 models will bring major changes when it comes to designs and most of it would revolve around ditching the notch in favor of a hole-punch display. Scroll down to read more details on the subject.

iPhone 14 to Feature a Hole-Punch Display Instead of a Notch, Suggests New Report

In his latest Power On newsletter, Mark Gurman shares his expectations for Apple products in 2022. Gurman shared details on the upcoming MacBook Air, Mac Pro, AirPods Pro 2, as well as the iPhone 14 series. It is stated that Apple will ditch the notch on the iPhone 14 series in favor of a hole-punch display. It was previously reported that the hole-punch display on this year's flagship iPhone models will be developed by Samsung as well as LG.

A hole-punch display is a small circular cutout for the front-facing camera and we have seen numerous smartphones adopting the method. However, Apple's implementation could be different as it would aid Face ID. While we are not sure how Apple will go about it, the company could make use of in-display sensors for Face ID. It was also previously reported that Apple will move the Face ID system under the display. However, these are mere rumors at this point and there have been no certain leaks suggesting that this in fact will be the case. 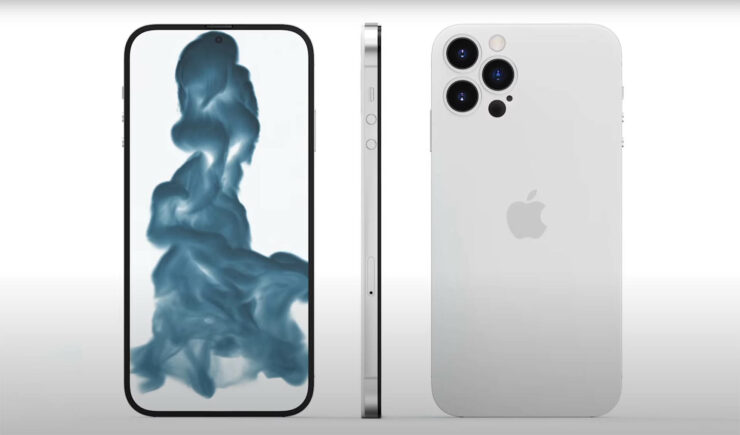 Take note that we still have a long way to go before Apple announces the new iPhone 14 models. Moreover, the final word rests with Apple so be sure to take the news with a pinch of salt. This is all there is to it, folks. What are your views on the iPhone 14 series gaining a hole-punch display instead of a notch? Let us know your thoughts in the comments.