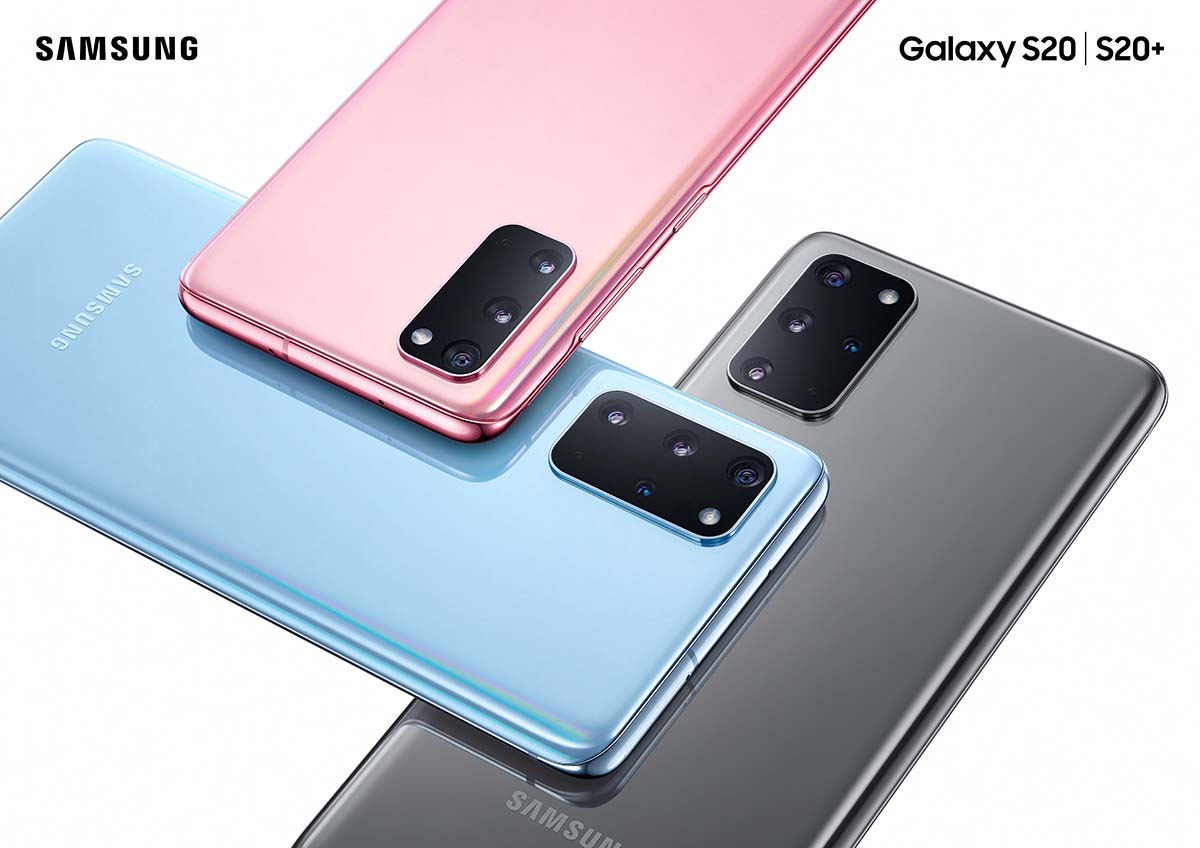 After months of leaks and speculations, the curtains have been lifted, and Samsung has finally introduced the Galaxy S20 lineup of phones. As we had expected, the series contains three different flagships for people who are looking for something different. Starting with the entry-level Galaxy S20.

Samsung has decided to skip the S11 altogether and opt for a much more befitting S20, representing the new decade as well. Below is everything you need to know about the Galaxy S20 revealed at the Unpacked event.

The design of the Galaxy S20 is something that you would expect from Samsung, it is streamlined, and falls in line with the leaks that we have seen so far. Samsung has done a good job as far as the design is concerned. As far as the dimensions are concerned, the Galaxy S20 measures at 151.7 x 69.1 x 7.9mm, 163g.

There is no dedicated Bixby button this time around. However, you can still access Bixby by using the power button. Holding the power button will enable Bixby. However,r if you want to access the standard power settings, you are going to have to use the Quick Settings panel, and you would be good to go.

Samsung has also swapped the buttons with the volume rockers being moved above the power button on the right side.

Additionally, Samsung has followed the trend of removing the headphone jack from this phone, as well. You can either opt for a wireless connection, or the included USB Type-C AKG earphones. Sadly, Samsung does not provide a 3.5mm to Type-C out of the box.

You are getting an impressive screen with 3200x1440 pixels, and you are also getting 120Hz refresh rate, however, that is going to be limited only to FHD+ resolution. This goes without saying but the screen is also HDR10+ supported and comes with an aspect ratio of 20:9.

Samsung is known for innovating the cameras, and they have done a great job this time around, as well. The Samsung Galaxy S20 comes with a triple rear camera setup with the ultra-wide camera being 12 megapixel and providing a 120-degree field of view, the wide-angle camera is going to be a 12 megapixel sensor with f1.8 aperture, and 79-degree field of view. The main wide-angle camera will also provide Super Speed Dual Pixel AF as well as optical image stabilization. Last but not the least, the telephoto lens is an impressive 64-megapixel at f2.0, and with optical image stabilization as well. Samsung has included a Super Resolution Zoom as well, which will serve as a digital zoom. The rear camera is also capable of 30X Space Zoom, and 3X Hybrid Auto Zoom.

As far as the front camera is concerned, the Galaxy S20 is going to provide you with a 10-megapixel camera providing a Dual Pixel autofocus system.

One of the biggest selling points is that the main camera is capable of recording videos at an impressive 8K resolution. Needless to say, Samsung has us impressed.

The Galaxy S20 is launching with Android 10 to boot and will be coming with the brilliant One U.I 2.0 that has been a fan favourite over some time.

The Galaxy S20 series comes with the same System on Chip; you are either going to get Snapdragon 865 or the Exynos 990 depending on the market you will buy your phone from. The Galaxy S20 is going to offer 8GB LPDDR5 RAM in the standard variant, and 12GB LPDDR5 RAM in the 5G variant. Additionally, you are getting 128 GB of UFS 3.0 internal storage with micro SD support of up to 1TB.

The phone is also going to offer you with a slew of connectivity option such as 5G, NSA, Sub-6, and all the other bells and whistles. The ultrasonic, in-display fingerprint also comes back. Last but not the least, the phone is also IP68 dust and water-resistant.

Samsung has been doing some really good improvements in the audio section and the Galaxy S20 is no different. The phone comes with stereo speakers, which we have come to love ever since the Galaxy S10, and moreover, you are also getting earphones that will be tuned by AKG.

Sadly, there is no headphone jack, so you will have to make do with the 3.5mm to USB Type-C cable. Samsung, however, does not include that in the box. You are getting the USB Type-C headphones from AKG in the box, in case you want to use them.

Additionally, Samsung is also offering surround sound with Dolby Atmos technology which will be included in the phone.

The base Galaxy S20 model comes with 4,000 mAh battery and supports 25W SuperFast charging, you are also getting Fast Wireless Charging 2.0 and Wireless PowerShare, as well.

The Samsung Galaxy S20 is going to be available in three colours, Cosmic Grey, Cloud Blue, and Cloud Pink. The phone will be going on pre-orders on 21st February, later this month, with global availability starting from 6th March, later this year.