The Division 2 Private Beta Contents Detailed, Includes a Taste of the End Game 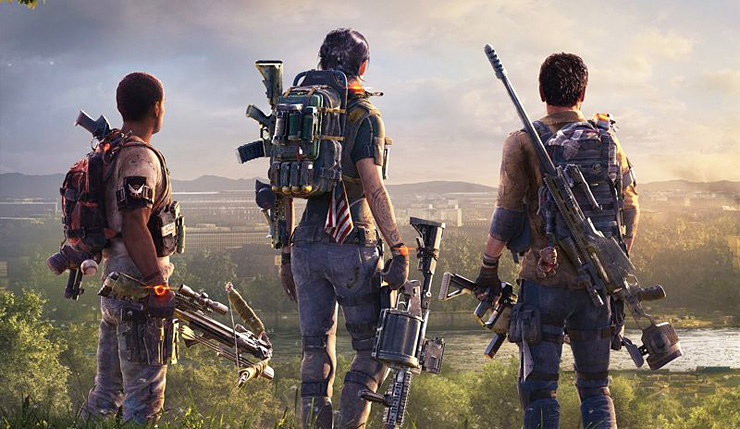 Earlier this month Ubisoft revealed the release date for Tom Clancy's The Division 2 Private Beta, but no details about what it would contain. Well, with the beta just a week away, Ubisoft has provided more info – it will feature two main story missions, one Dark Zone, a variety of side missions and other open world content, and yes, a taste of the end game. Pretty generous! Check out a description of some of the beta content below. 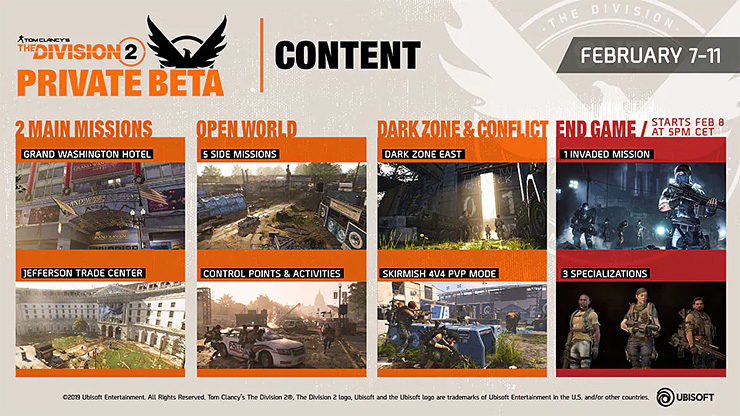 And here’s some details about the end game content, which unlocks slightly later than the rest of the beta.

The Private Beta will also feature a portion of The Division 2's end game! After completing Jefferson Trade Center for the first time, you will gain access to an end-game mission that unlocks three level 30 characters on your account. Upon logging in with one of these characters, the end game mission will begin. Each character is equipped with a different Specialization, so feel free to find your favorite!

Players will be limited to a single, randomized character for the majority of the beta, which will be capped at level 7. The beta kicks off on February 7 at 1 am PT, and the end game content will be available on February 8 at 8 am PT. Here’s a handy start time guide for those living in different places in the world. 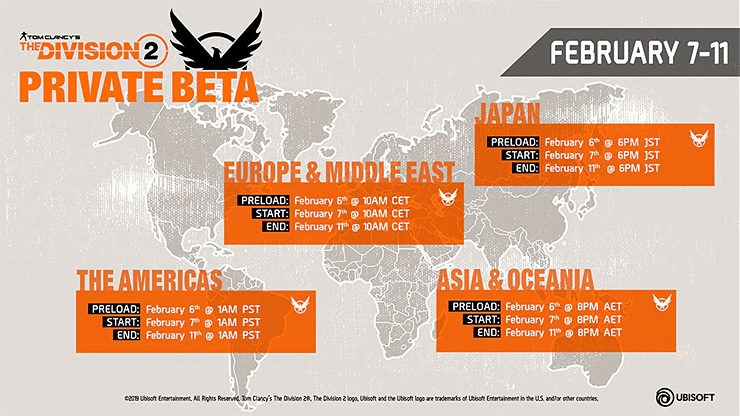 Tom Clancy’s The Division 2 is coming to PC, Xbox One, and PS4 on March 15, 2019. The private beta is available to all those who pre-order the game. Free registration was also available for a time, but is no longer available.