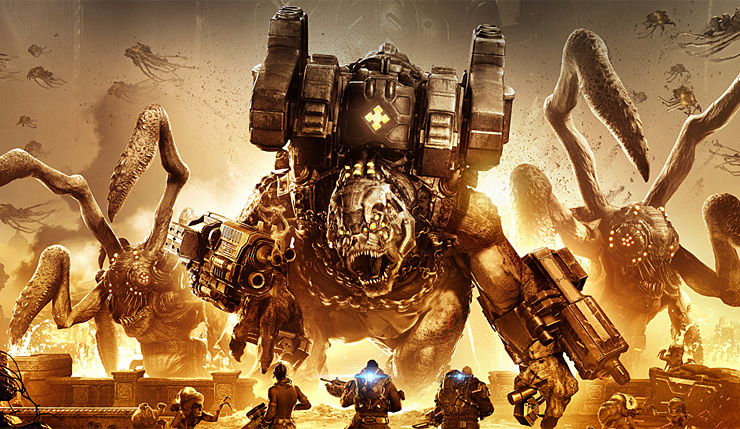 The Gears franchise lost his beacon a few months ago when Rod Fergusson left The Coalition to join Blizzard Entertainment, where he'll lead the Diablo franchise. Fergusson worked on all Gears games, starting as a producer on the first installment before moving up to be a senior producer and an executive producer on the second and third game. Then, when Microsoft purchased the IP from Epic, they picked Rod Fergusson to become the studio head of the newly founded The Coalition developer which would pick up the torch and continue making Gears games.

In an interview published by IGN ahead of the upcoming release of Gears Tactics (due on April 28th for PC), Gears Franchise Narrative Director Bonnie Jean Mah felt confident that The Coalition has now successfully absorbed enough of the IP's DNA thanks to all the years working with Fergusson, which should help them now that he's gone to Blizzard.

Having Rod guide us and instill that Gears DNA into our studio, I am confident in saying that we live and breathe Gears and understand his intention for this franchise. We've been living it, we've been realizing his creative vision over the past six years. So now that he's gone off to new adventures, I feel like we have it in our studio blood and our studio gut feeling about what would happen next. And we do have hints of what he was thinking of, but he was also very open to new ideas for what would happen next.

The Gears franchise seems to be very much alive, between the recent and quite successful release of Gears 5, the upcoming and so far promising Gears Tactics, and the movie in production at Universal Studios, though admittedly we don't know exactly a lot about that one. When any news pops up at last though, rest assured you'll read about it on Wccftech.

Gears 5 & Gears Tactics Get New Xbox Series X Footage; 120 FPS Mode Runs As Well As It Does On A High-End PC