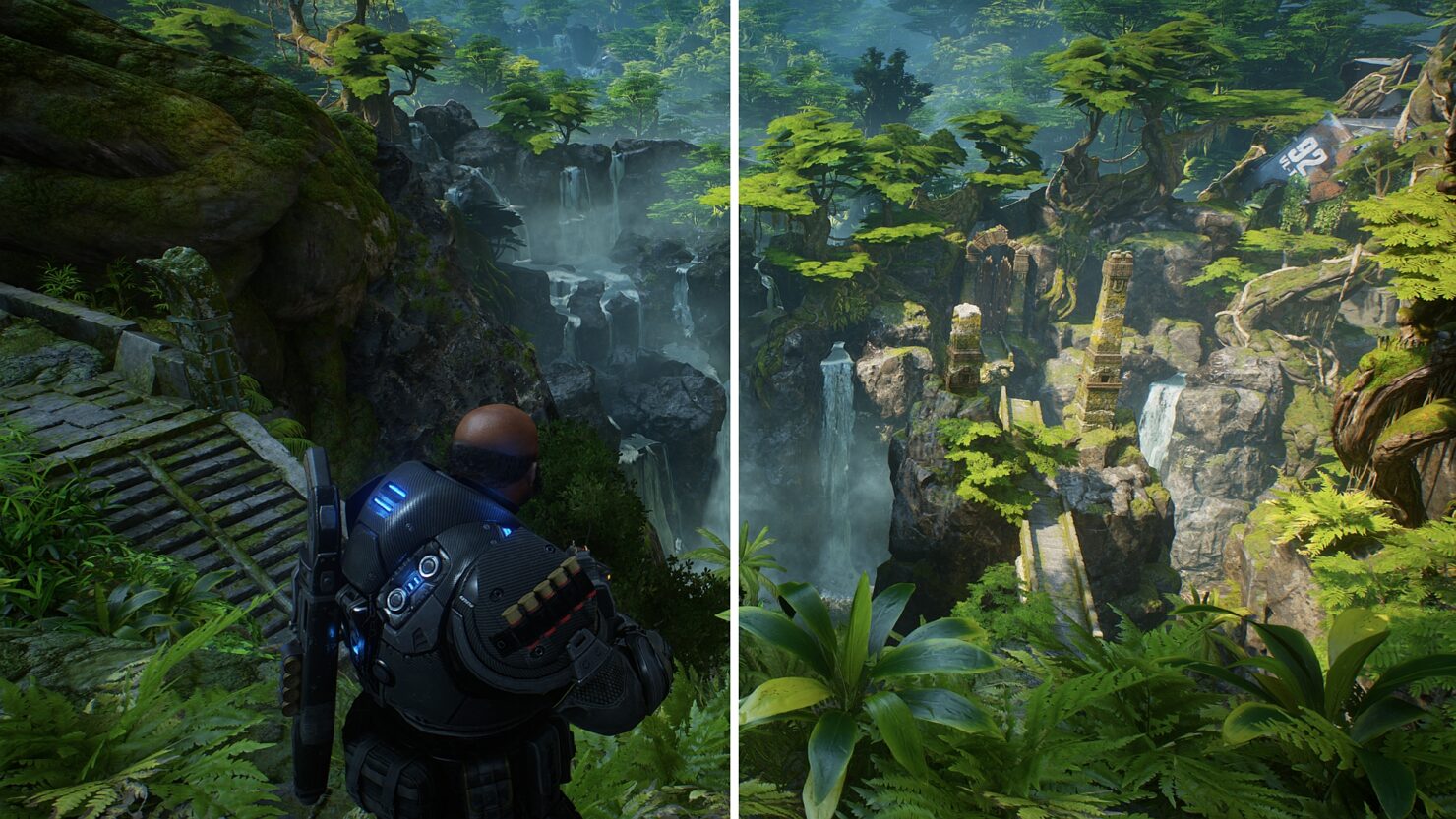 VRS, or Variable Rate Shading, was featured in both Gears 5 and Gears Tactics with its Tier 1 implementation. In a new blog post published on the DirectX 12 developer site, Chris Wallis (Senior Software Engineer at The Coalition) explained that both games have now had their VRS implementation upgraded to Tier 2, enabling even better performance. During the tests, The Coalition noticed a 14% performance boost in Gears Tactics when using a 6900XT GPU at 4K with Insane Settings and Quality VRS.

This is a list of passes that we applied VRS to:

Many of the above match the same passes we applied VRS to in Gears Tactics with our Tier 1 implementation, but one interesting pass to call out is Translucency. Tier 1 VRS applied to Translucency caused artifacts too severe to apply VRS due to the reliance on translucency for some UI effects. However, with the extra control enabled in Tier 2, we were able to bring back VRS to Translucency. Tier 2 VRS ensured UI elements in the translucency pass maintain their crispness while particles, like dust are good candidates for coarse shading.

For PC we allowed VRS to be tuned with 3 different video settings: Quality, Balanced, and Performance. Quality matches what is used by default on Xbox Series X|S and targets no perceptual impact. Balanced similarly targets a minimal amount of perceptual difference, but under scrutiny may show some differences in favor of extra performance. Performance is an aggressive use of VRS that makes some visible compromises but gets back the most performance.

So far, not many games have implemented Variable Rate Shading in general, let alone its Tier 2 version. However, we do already know that Ubisoft's Far Cry 6 will feature support for it.