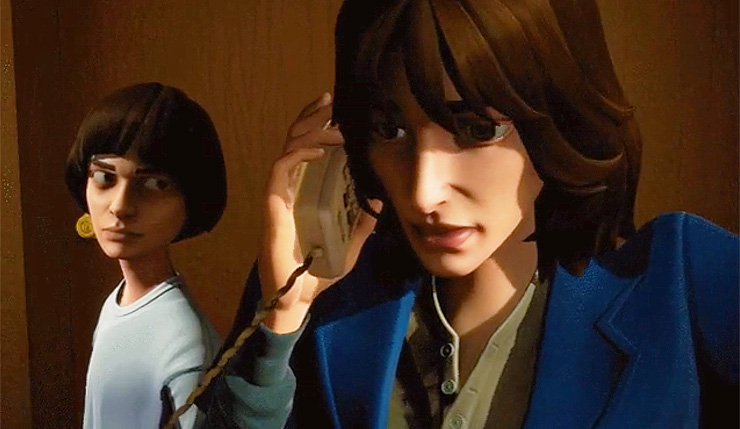 Before Telltale Games unexpectedly announced their closure, the studio was hard at work on an adaptation of the popular Netflix series Stranger Things. It sounded like a perfect fit – Stranger Things is firmly in Telltale’s wheelhouse in terms of tone and seems like it would be easy to make into a moral-choice-focused adventure. Sadly, the game will never see the light of day.

Well, now we at least have some idea how Telltale’s take on Stranger Things was coming together as a series of GIFs taken from the game have popped up on Reddit/4Chan (thanks to PCGamesN for rounding them up). Now, these snippets are from a very early build of the game, so they’re a bit rough, but they do give us an impression of the game’s overall tone and visual style. They also hint at the changes the Unity engine was going to bring to the Telltale formula. Specifically, it looks like the players would've had a bit more freedom to move around and interact with the environment. We also get a glimpse of a first-person action/horror sequence, in which players have to run and hide from a Demogorgon -- all without a quick-time event in sight! Check out the clips, below.

So, should fans banish all hopes of a Stranger Things game to The Upside Down? Not necessarily! Per a statement from Netflix, some sort of interactive Stranger Things experience could still happen…

“We are saddened by news about Telltale Games. They developed many great games and left an indelible mark in the industry. Minecraft: Story Mode is still moving forward as planned. We are in the process of evaluating other options for bringing the Stranger Things universe to life in an interactive medium.”

What would you want from a Stranger Things game? Who would you want to develop it? Personally, I’d love to see Alan Wake developer Remedy Entertainment tackle the property – let’s hope Netflix is serious about wanting to make a game happen.