Talking With Raccoon Logic – AAA to Indie, To Stadia and Back To Indie 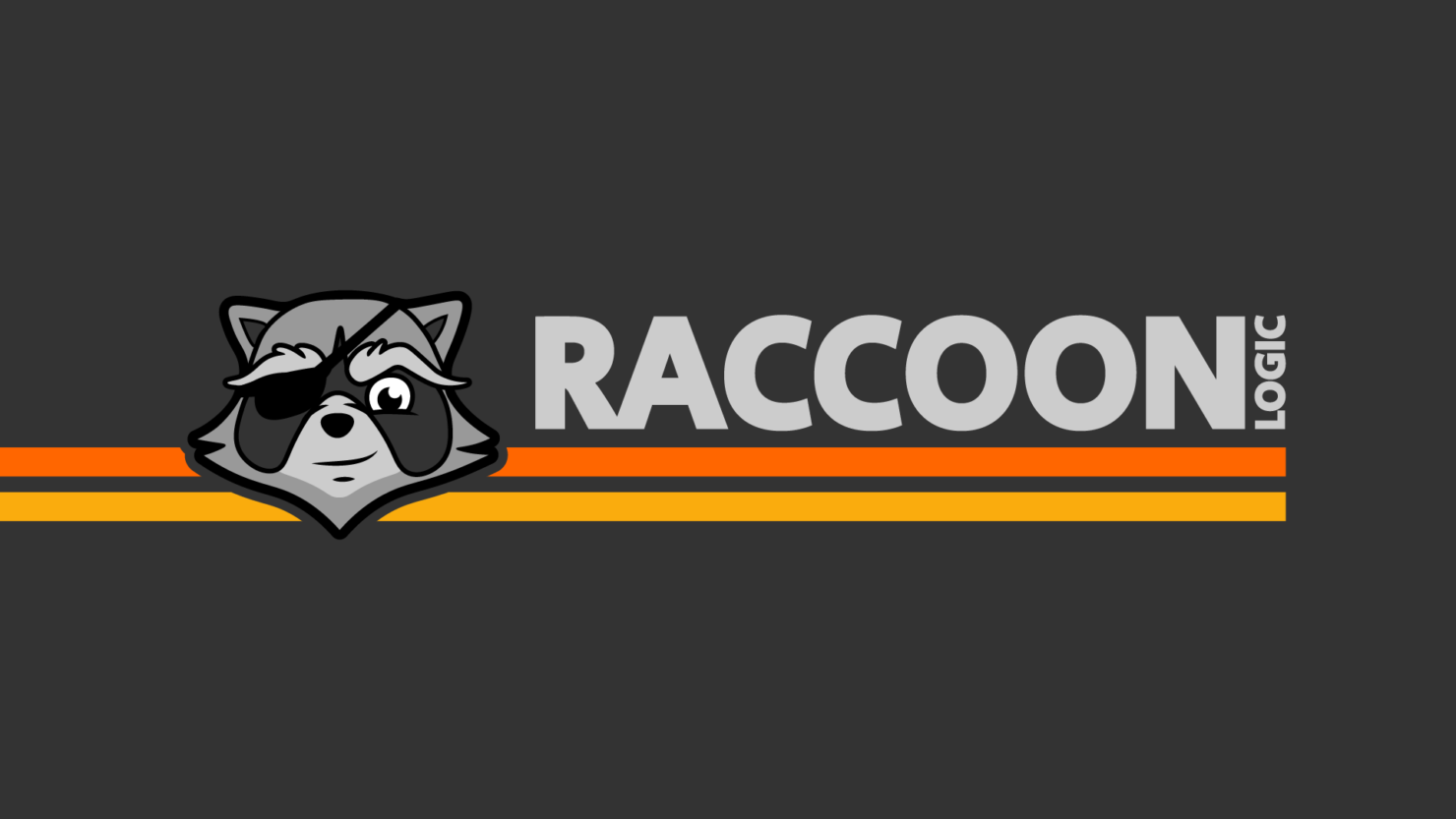 Now and then, you hear about a story that's just interesting. Raccoon Logic, a brand new studio with a not insignificant IP (Journey to the Savage Planet) in their hands, is that story for me. I recently was able to speak to Alex Hutchinson and Reid Schneider about several things, ranging from their history within the games industry, their move from AAA to indie, to being a part of Google, to indie yet again, and Alex Hutchinson's absolute love of Flight Simulators. That last part may not be completely accurate, though we certainly spoke about a wide variety of topics.

Before we go into the conversation I had with Alex Hutchinson and Reid Schneider, let's talk about the five co-founders of the new studio and their roles as stated by a recent press release: 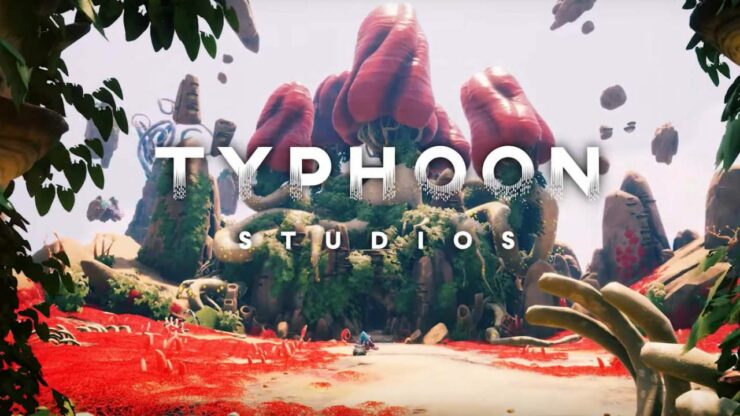 You are likely aware, from looking at the five names above, are that the origins of Raccoon Logic are from Typhoon Studios. The developers of Journey to the Savage Planet were acquired by Google for the internal Stadia Games and Development Studios in 2019, only for Google to abandon all support for Stadia with first-party titles in less than two years.

Raccoon Logic was quite fortunate following this. Being the only studio acquired by Google, Typhoon also brought in their own IP. When I asked about their reacquiring of the IP, both were keen to say that Google was great to work with, though the company was slower at selling the IP than when originally acquiring Typhoon Studios. Specifically, Reid stated

Google, as a company, are used to taking things in - not necessarily selling things off. In the end, we're super appreciative, they were able to accommodate that and they realise there is a fanbase there, and people liked it. It was positive on all sides.

The acquisition was shorter than getting the code out, which is kind of funny.

With their IP, Raccoon Logic also acquired six months worth of code and R&D performed while at google, with twenty people at the founding of the new studio. Roughly three-quarters of the team are also pre-Google Typhoon Studios alum. Of course, they had to pay for this, with funding for the new studio being sourced from Tencent, which have come in as a minority investor.

In terms of Tencent as a partner, Reid had this to say:

They've been great partners. They understood exactly what we wanted to do and the vision of the type of games we want to make. There was never anything like "That's great, but why don't you make a battle royale or a MOBA?" Those conversations never happened, which is kind of awesome. 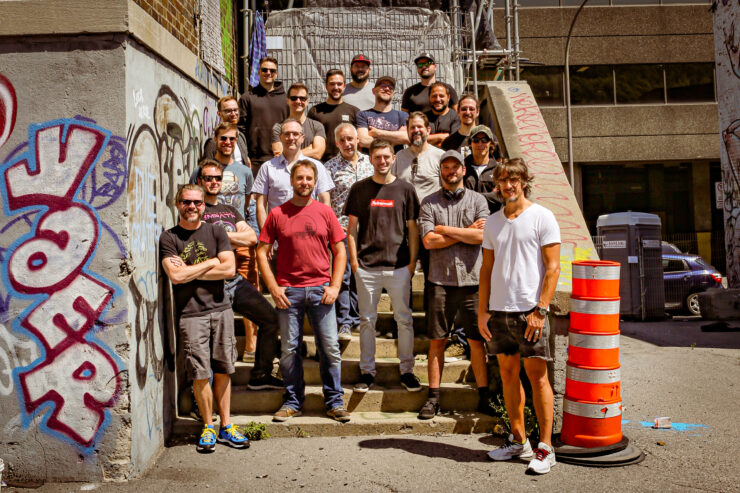 But what about the name? I did ask that question, and it's simply down to the name being quirky and memorable, Raccoons being seen as mischievous and the simple fact that all of the names seem to have already been taken. They want to stand out. But it may not have been Raccoons, a name Alex Hutchinson pitched was Trash Pandas. I then pitched a brawling game featuring pandas, using trash as weapons. Think hobo Kung Fu Panda. This will come up later, trust me.

The issue with publishers is a topic I've talked about a lot in the past. Hell, it's far from a secret that making a deal with a publisher can often be like a deal with the devil. Not a good deal, but a terrible one. Publishers can make you change core elements that make the game stand out (Fuse and Haze), they could force in microtransactions (Middle Earth: Shadow of War), they may even decide the game needs to be different to what the series has been before (Dead Space 3).

This is to say that if you choose the wrong publisher, you're likely to find yourself compromising everything about your vision, and eventually being bought by EA and shuttered, or Activision and made to support Call of Duty, or just losing your job as a result of mismanagement (more on this later).

As for Raccoon Logic and publishing, I was naturally interested to see what was in their future, asking if they would go standalone and self-publish. Alex Hutchinson had this to say:

It's something we've talked about a lot. It would be very cool to get to that point, to have enough money to fund a game and get it out, and self-publish it. I think for the first one, the first couple at least, we'll be looking for a good partner to get up and running.

When asked if they've been in talks with anybody, the response was a clear yes - though names understandably can't be named for business reasons. Alex continued:

Well, the last one made money, it was visible and successful enough that we're a safer bet. People have reached out, but it's the opposite of speed-dating, it's slow-dating: You have the conversation, a month later you have another conversation. A year from now, maybe we'll go to dinner. There's nothing concrete yet.

It certainly seems that Raccoon Logic isn't in a rush for their first title, with the team in enough of a financially secure position to get the team to gel together rather than pushing for the first release at all, judging from what Reid had to say:

We were fortunate to raise a decent chunk of cash.  Tencent took a minority investment in us, so that gives us the opportunity to really just focus on working well as a team and making some cool stuff, so by the time we get to the point of going on said date, we have something interesting to show first.

If I think about when we're contrasting with Typhoon, it was a different time in the industry, but it was also a harder thing. The first time as a founder, you're learning everything. We knew how to make games, but we didn't necessarily know how to build a company. 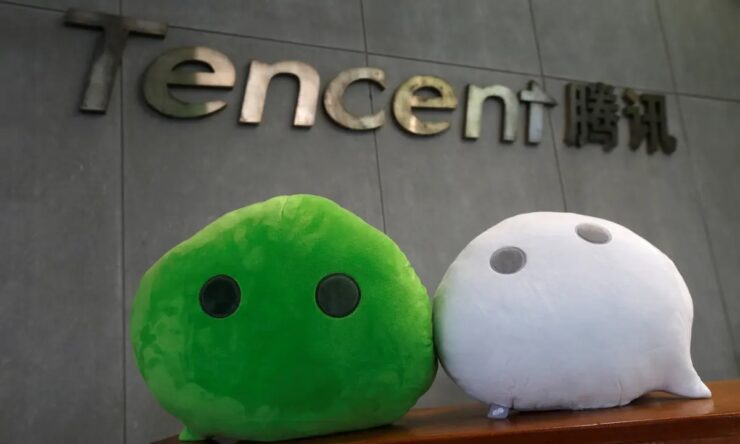 It's undeniable the investment from Tencent is going to work out well for Raccoon Logic, with a level of job security likely rare for a brand new studio, the backing of a massive company like Tencent that is also seemingly very hands-off. Adding to this is the ownership of the Journey to the Savage Planet IP and six months worth of R&D, and you have a great start.

As for what will come of this seeming great start, we also spoke about this, and some general issues found within the games industry that I've touched upon, such as job security and the issues within big publishers. You can read about them by clicking through to the next page.

Google Acquires Typhoon Studios, Makers of Journey to the Savage Planet, for Stadia

Journey to the Savage Planet Hands-On Impressions – What a Strange Trip!