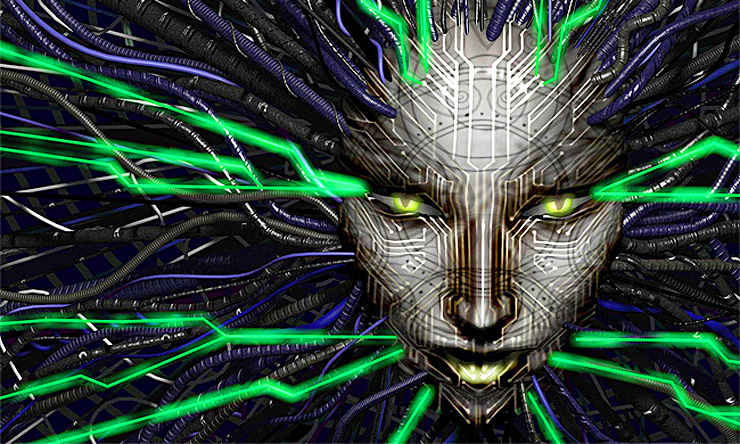 Back in 2015 System Shock fans got a jolt when publisher Nightdive Studios announced a full Unreal Engine 4 remake of the cyberpunk classic was on the way. The project generated a lot of excitement (and $1.3 million in Kickstarter cash), but skepticism has since set in. The remake was supposed to come out in 2018, but details and progress updates have been sparse. Turns out there was a reason for that.

Today Nightdive announced the System Shock remake is officially on hiatus. The company insists development will resume and that all Kickstarter commitments will be honored, but that we’re now at least “18 to 24 months” from release.

According to a report from Polygon, the System Shock remake was sunk by overambition and divergence from the source material. Nightdive are said to have depleted their Kickstarter funds, and attempts to secure funding from other sources have failed. It seems most investors rightfully pegged the project as too big and unwieldy to be profitable.

“Maybe we were too successful. Maybe we lost our focus. The vision began to change. We moved from a Remaster to a completely new game. […] As our concept grew and as our team changed, so did the scope of what we were doing and with that the budget for the game. We began a long series of conversations with potential publishing partners. The more that we worked on the game, the more that we wanted to do, and the further we got from the original concepts that made System Shock so great.

Ultimately the responsibility for the decisions rests with me. […] I let things get out of control. I can tell you that I did it for all the right reasons, that I was totally committed to making a great game, but it has become clear to me that we took the wrong path, that we turned our backs on the very people who made this possible, our Kickstarter backers.”

Despite Nightdive’s assurances, it seems unlikely this story is going to end well. Nightdive hopes to use money made from re-releasing classics like System Shock, Turok, and The 7th Guest to fund the full System Shock remake, but that doesn’t sound like the best business plan. It’s unknown how, or if, the System Shock remake hiatus effects System Shock 3, which is in development at OtherSide Entertainment.

What are your thoughts on this whole debacle? Could the System Shock remake still come together? Or are Nightdive Studios just stringing fans along?