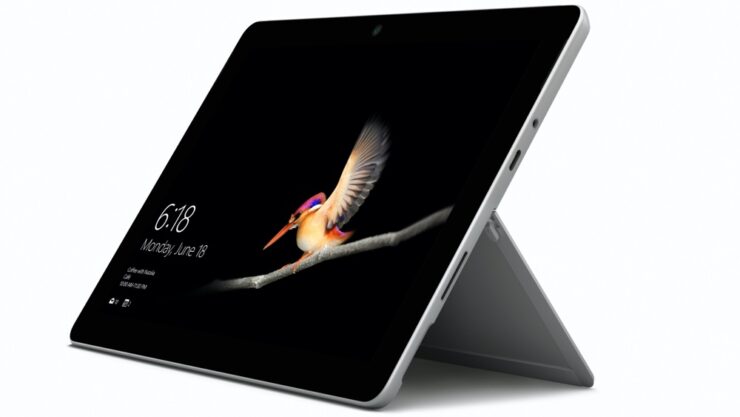 According to a reliable source, the Surface Go 2 specs include a larger 10.5-inch display with reduced bezels, Core m3 options and more.

Leaked Surface Go 2 Specs Suggest Microsoft is Going to Step up its Game this Year With Modest Changes, Starting with the Display

The Surface Go might not be an iPad, but it holds its own thanks to Windows 10 (Home in S mode). If you are looking forward to the next model which is set to launch next month (in May), then you will be delighted to learn what you can expect from the upcoming Surface Go 2.

According to a scoop by WindowsCentral, the next Surface Go will feature a larger 10.5-inch display while maintaining the same body of the current Surface Go. What this means is, you will get a larger display with reduced bezels, and your current Surface Go accessories will work just fine with the newer model. The new model will feature the same assortment of ports which can be found on the current model including a single USB-C port, Surface Connect, and an audio jack.

Due to the increased screen size, Windows 10 should play nicely in the multitasking arena. Furthermore, the new screen resolution will be "1920 x 1280."

The new Surface Go 2 is expected to include a Pentium GOLD 4425Y processor for the base model which can be upgraded to the Core m3, if you are looking for that extra oomph. We wish it was at least a Core i3, but given these measly processors, Microsoft is definitely not aiming this thing at the enthusiast user. In case you are wondering, the upgraded processor will be the 'Intel Core m3-8100Y.'

You'll be dealing with Intel HD Graphics 615 or the UHD Graphics 615, there will be 4GB or 8GB of RAM depending on what you go for, 64GB of eMMC storage or 128GB SSD, a microSD card slot and more.

Have a look at the complete spec sheet below: 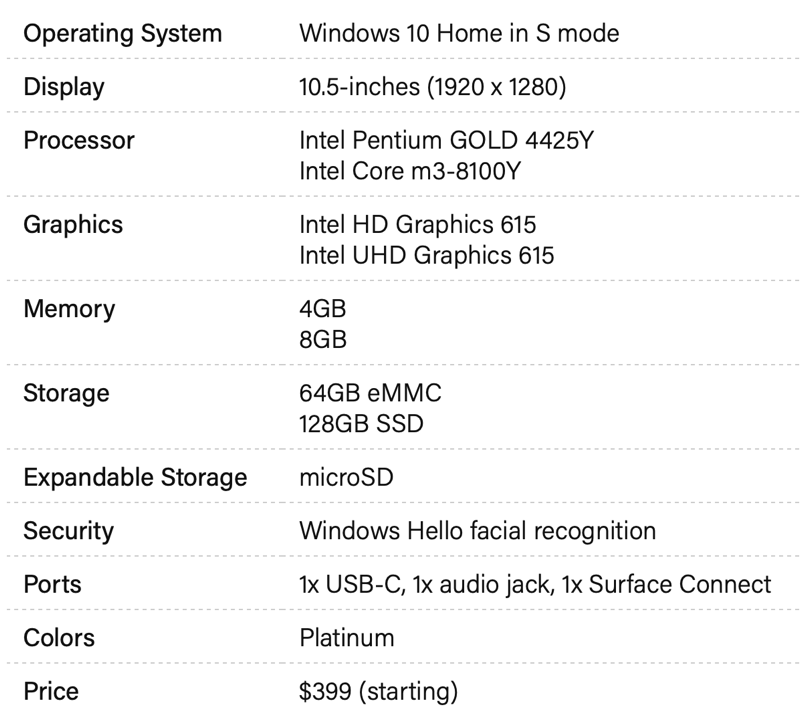 The Surface Go 2 will come in an LTE option if you want to take your work on the road without ever relying on Wi-Fi. Speaking of which, the next one is said to feature support for Wi-Fi 6 so you can experience blistering fast speeds if you are connected to a compatible access point, otherwise you will fall back to whatever is available.

If you are looking for a tablet that does Windows stuff, then you can't go wrong with the Surface Go, and the next model looks promising. But, given the specs it carries, it would be a wiser choice to save some money and pick up an older model of the Surface Pro tablet instead. It's more powerful, packs faster memory and offers the complete Windows 10, unlike the watered down Windows 10 Home in S mode.

Be sure to check out the following: