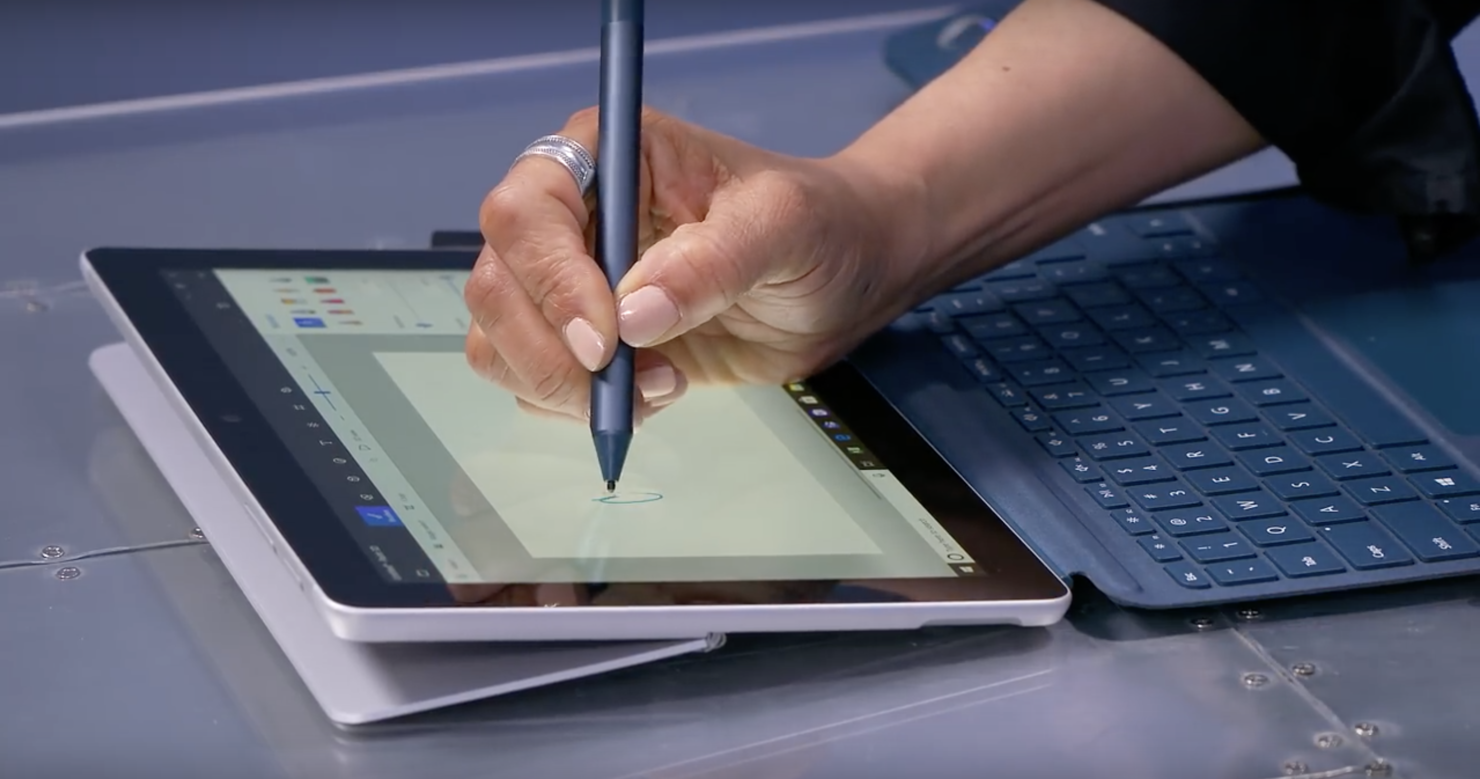 It's official folks. Microsoft has just launched its take on the education sector's needs with the $399 Surface Go. The company believes that the tablet offers a perfect blend of convenience and performance, as it looks to cater towards the more basic user needs. The emphasis on education is strong for the device as Microsoft directly mentions the needs of students for the gadget. Take a look below for more details.

The Microsoft Surface Go With A $399 Starting Price And Intel's Pentium Gold 4415Y Processor Is Official; Tablet Features A 10" PixelSense Display With 1800x1200 Resolution And The Snapdragon X16 LTE Modem

Microsoft's latest Surface Go follows the design principles of the Surface lineup yet goes easy on the specifications to bring down prices. It features all the necessary build details for portability and the processing power for day to day productivity tasks generally required of students. The Surface Go also features only the Intel Pentium Gold 4415Y processor as opposed to earlier benchmarks that displayed it with both the Silver and Gold variants.

Another cool feature on the Surface Go is its facial recognition login, which makes more sense than it does on a smartphone. Laptops and tablets have larger form factors and therefore the convenience of unlocking them simply with a glance or a short look is more suited to them rather than the concentrated, tiny space available on a smartphone.

The Surface Go also features a 10" display with 1800x1200 (3:2) aspect ration. The lineup's signature hinge returns on the tablet, allowing it to extend a full 165 degrees. The Surface Go also features Qualcomm's Snapdragon X16 LTE modem which allows for up to 1Gbps download and 160Mbps peak upload speeds. The tablet's Pentium Gold can clock up to 1.60GHz and is based on Intel's Kaby Lake (14nm+) architecture. The processor has a 6W TDP which is configurable to 4.5W, although we're not sure of Microsoft's choice for the Surface Go.

Moving towards the feature that makes the Surface Go a tablet, the device's thin form factor naturally limits the number of ports that Microsoft can introduce on it. The device features a USB 3.1 port along with a Micro-SD card slot, which will prove a blessing for those who do not want to pay the company extra for more RAM and/or storage.

One interesting addition on the Surface Go is a Near Field Sensor. This will allow the tablet to expand its user base from simply catering to the education sector. With the capability, the Surface Go will also be able to track RFID tags, allowing for warehousing and other business-related applications. This is a nice addition that displays how Microsoft has considered multiple avenues for the Surface Go, in spite of its primary focus towards education.

Finally, on the accessories end, the Microsoft Surface Go will support a brand new keyboard cover, which features a larger trackpad and reduced vertical key travel that now stands at 1mm. The improved keyboard features are available on the Surface Go Signature Type Cover. The 2:1 tablet will also support the Surface Pen and the Surface Mouse. Microsoft claims to have improved the display for pen support, allowing for features such as tilt support for shading.

Overall, the Microsoft Surface Go is a nice little device which should prove adequate for daily usage. Of course, don't expect to stretch the Pentium 4115Y too much, and if you're a multi-tasker then be sure to get your hands on the 8GB variant of the device. The Go will be available in two options. These are:

Both of these are WiFi versions of the device and Microsoft has also promised LTE versions of the Surface Go later this year. The Surface Go will run Windows 10 S out of the box and Microsoft will allow users to upgrade to full Windows 10 free of cost. Thoughts? Let us know what you think in the comments section below and stay tuned. We'll keep you updated on the latest.