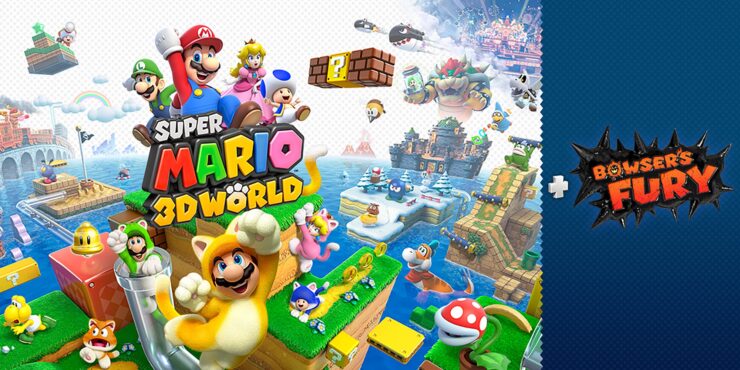 A new trailer showing off the new Bowser’s Fury expansion included with the upcoming Super Mario 3D World will be released today.

Bowser's Fury will be unleashed in a new #SuperMario3DWorld + #BowsersFury trailer tomorrow! Come back at 6am PT to see the 2-minute long trailer. pic.twitter.com/gCDpOiViK1

The Switch version of 2013’s Super Mario 3D World was announced during Nintendo’s Mario 35th Anniversary Direct back in September of last year. No further details about the enhanced Switch version of the game were shared at the time. You can check out the announcement trailer down below. As said, the upcoming title will include the all-new Bowser’s Fury expansion.

Pounce and climb through dozens of colorful stages! Mario (and his friends) can use power-ups like the Super Bell, which grants catlike abilities, like climbing and scratching. Work together locally* or online** with up to three other players to reach the goal…and to see who can get a high score.

The Super Mario 3D World + Bowser’s Fury game features the same great co-op gameplay, creative levels and power-ups as the original game, but also so much more. Additional details about what fun things this game has to offer will be revealed soon!

We’ll update as soon as Nintendo releases the brand-new trailer for the game. Stay tuned.