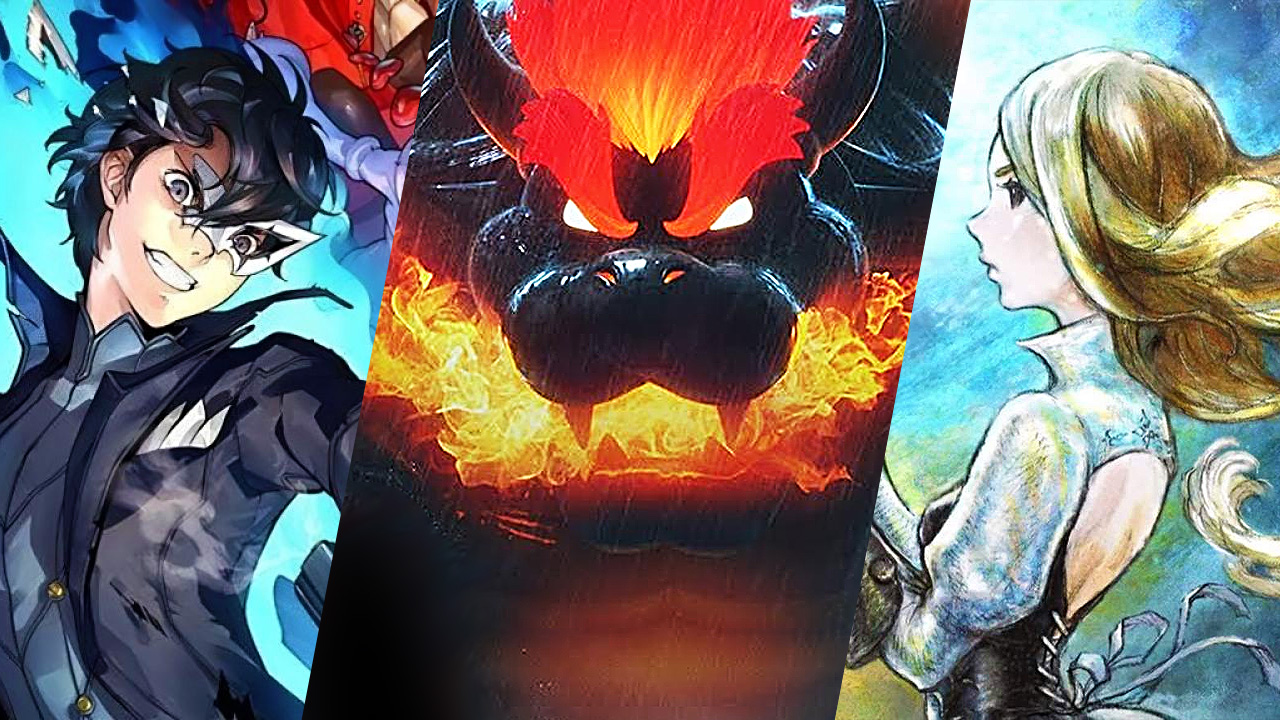 As is often the case, February is rather low on big AAA experiences, but there’s still plenty to look forward to this month, particularly if you’re searching for something to play on your Switch. Highlights include Super Mario 3D World + Bowser’s Fury, Bravely Default II, Little Nightmares 2, and the PS5-exclusive Destruction AllStars. On the indie front, you can look forward to the cute, yet challenging action-platformer Blue Fire, crazy retro mashup Speed Limit, and more.

Bravely Default II is Coming to PC on September 2

That said, here are the games you should be looking out for in February…

Looking for something to fill that Twisted-Metal-shaped hole in your heart? Well, Destruction AllStars may be the game for you (after you go the doctor). The PS5-exclusive vehicular combat game offers up 16 diverse “AllStars,” who can dash around arenas or foot or jump into a unique ride, each with its own special abilities. Destruction AllStars is being offered for “free” to PS Plus subscribers in February, so there’s no good reason not to try it out. If you’d like to own the game permanently, you can pre-order it here.

The cult-favorite Ys series returns this month, with Ys IX: Monstrum Nox. This time around series protagonist finds Adol himself imprisoned in Balduq, an imposing city under various monstrous threats. Along with several new allies, it’s up to you to find out what’s going on in Balduq exactly. Ys IX looks quite a bit like Ys VIII in terms of gameplay, but that isn’t necessarily a bad thing, as that was one of the best entries in the series (check out Wccftech’s 9.5 out of 10 Ys VIII review here). Pre-order the game here.

Little Nightmares was one of the under-the-radar best horror games in recent years. Sure, the game has a cartoony visual style, but it tells a compelling wordless story, and it’s weird, leathery “Muppets gone wrong” enemies are more genuinely off-putting than a lot of more “realistic” horror game monsters. Little Nightmares 2 looks to deliver more of the series’ trademark creepiness, along with a more expansive world, some ghastly new baddies, and the addition of a second AI player. Prepare yourself for some insomnia. Pre-order the game here.

Super Mario 3D World is one of the most underrated games in Nintendo’s storied franchise. Packed with fast-paced, creative levels and co-op that’s actually fun, it’s a game that you need to play if you missed it on Wii U (like most did). Ultimately though, the big selling point here may be Bowser’s Fury, a larger-than-expected add-on game in which Mario teams with Bowser Jr. to explore an open world while weathering periodic attacks from the Godzilla-sized “Fury Bowser.” Many have earmarked Bowser’s Fury as Mario’s version of Zelda: Breath of the Wild, which may be setting expectations too high, but it does look quite unlike anything the plumber has tackled before. Pre-order the game here.

At first glance Persona 5 Strikers may seem like just another themed Dynasty Warriors spinoff, but look a little closer, and you’ll find Koei Tecmo and Atlus have put a surprising amount of effort into the game. Persona 5 Strikers isn’t a straight-ahead hack n’ slash -- battles also have turn-based elements that allow you to wield the series’ titular Personas. You can also form parties, explore an overworld and dungeons, and enjoy a full canon story set after the events of Atlus’ original game. Really, Persona 5 Strikers is more or less a full stealth sequel, so you may want to give the game a chance even if you usually pass over Warriors stuff. Pre-order the game here.

Nintendo Switch owners get another dose of retro-JRPG goodness this month, as the makers of Octopath Traveler deliver Bravely Default II. For those unfamiliar, Bravely Default got its start on the 3DS and features a simple, yet unique turn-based system that allows you to take multiple turns in a row or bank them for later use (it’s more strategic than it may sound). And yes, there already was a follow up on 3DS (Bravely Second), but it reused a lot of content from the original and sometimes felt more like an expansion than a sequel. Thankfully, Bravely Default II promises to be a properly ambitious full sequel, featuring a more developed overworld and a whole new story and cast of characters. Pre-order the game here.

Looking for another party game where you can gleefully deceive and kill your friends? Killer: Infected One of Us looks to deliver some of that Among Us fun with viral twist. The game takes place in an artic research station, which players divided between the Infected and the Healthy. The person with the bug tries to spread it without letting on they’re stick, while the Healthy try to cure them. So yeah, if you’re looking for something less cute and a little more topical for your party night, this one may be worth a try. Here’s the Steam page for Killer: Infected One of Us.

Coming from Argentinian developer Robi Studios, Blue Fire is a cute new action-platformer that doesn’t play nice. Blue Fire’s main character may look like a Funko Pop, but the game promises plenty of  challenging twitch platforming and intense action as players explore a dark interconnected world. This one looks like it has the potential to be one of 2021’s big indie Metroidvania hits (every year needs a least a couple). Here’s the Steam page for Blue Fire.

Speed Limit is a crazy genre-mashup action game that tasks players with getting home from work by any means necessary. The game hops from one classic arcade genre to the next – side-scrolling shooter, top-down racer, “fake 3D” dogfighting, and more, without any breaks to catch your breath in between. Speed Limit looks like the perfect way to vent your commute-related frustrations (heck, buy the Switch version and distract yourself during the commute itself). Here’s the Steam page for Speed Limit.

There’s been an explosion of cooking-themed games following the success of Overcooked, but Lemon Cake looks more charming than most. Take over an abandoned bakery and stuff customers’ faces with danishes, cinnamon buns, and other goodies! A touch of Harvest Moon/Stardew Valley has also been added to the batter, as you’ll have to farm your ingredients from scratch and upgrade your character and business. Here’s the Steam page for Lemon Cake.

Destruction AllStars Has A Ton of Post-Launch Content Coming