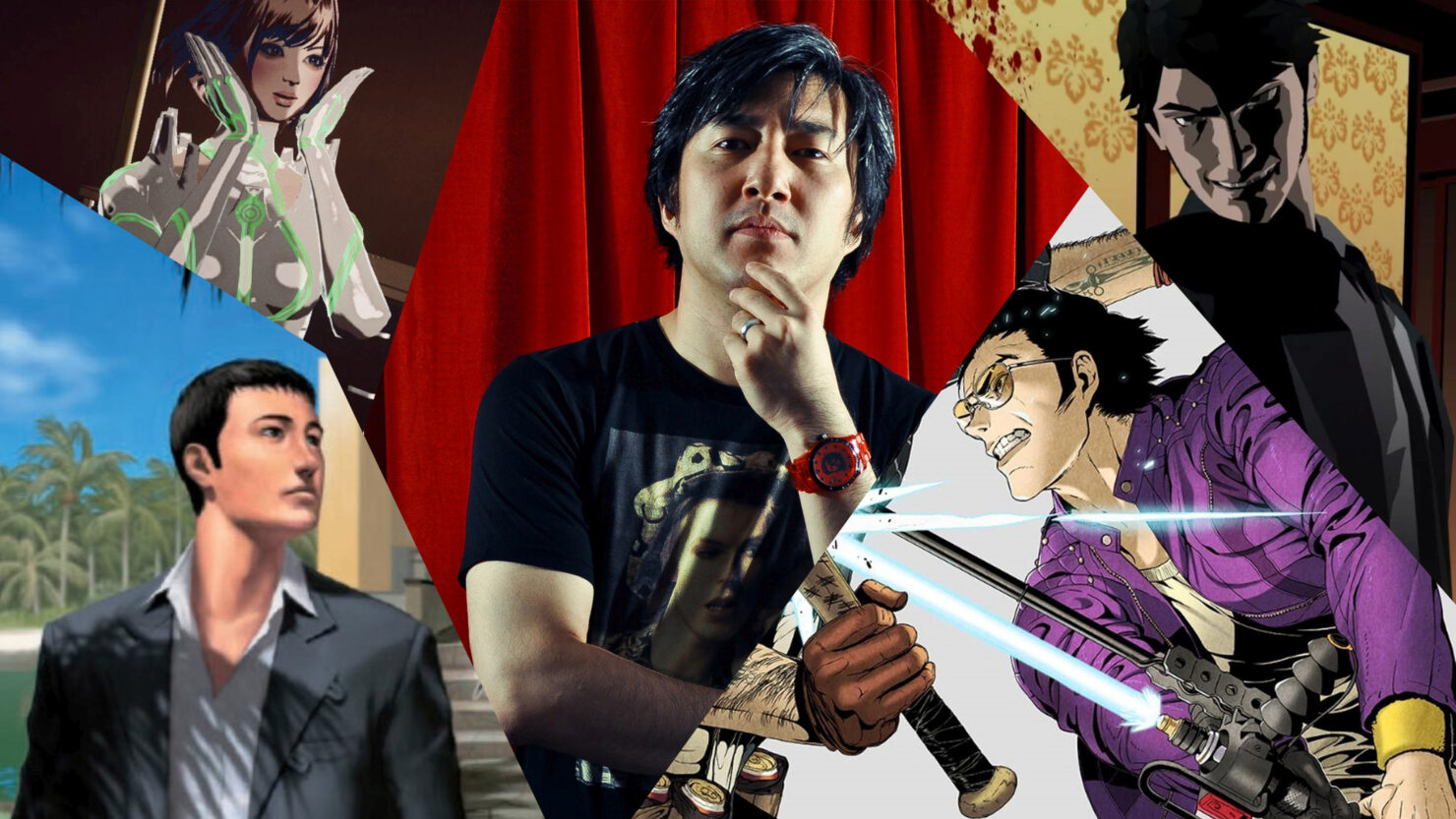 During the Travis Strikes Again: No More Heroes preview event I had the great pleasure to interview Goichi Suda, known as Suda51 to his fans, creator of cult hits like Killer7, Shadows of the Damned, The 25th Ward: The Silver Case, the more recent Let It Die and of course the previous No More Heroes games. Don't forget to check out the hands-on article as well; as a reminder, the game is out on January 18th, 2019 globally.

Most of your games are quite different and have always taken advantage of the technology they are on, how have you done that here with Travis Strikes Again on the Nintendo Switch?

From the very start of this game, we really wanted to make sure that you could play local co-op with both joy-cons. We wanted to utilise each joy con as much as possible so that even with a limited amount of buttons on a controller, you could still access all the layers of the action system, the skills and all the different moves, so that was pretty much there from the start, and that was what the gameplay was built around.

Is Travis Strikes Again: No More Heroes designed to be played as a co-op game?

There are three different difficulties to the game, and the harder difficulty you choose the more you’ll feel you could really use another person there helping you out. In that regard, it is like a co-op centric game, but it’s not like you have to have someone else playing with you.

Was it more difficult to develop on a smaller scale? Did you feel limited with your scope and resources or did you feel you had more creative control and freedom?

When you have a bigger scale game, it’s harder to take bigger risks, that’s definitely true and usually you start with a core game mechanic and build off of that, but in this game we have different game worlds that all require lots of resources so we really had to use some ingenuity to get around that challenge. Because we have so many miniature and bitesize game worlds in the game, it allowed us to really break out of our shell and try some riskier things that were different from our usual style.

The other thing is that the indie scene itself has gotten bigger, we felt more confident to branch out and try newer stuff because there is a larger indie audience for that kind of content now.

What different game modes are there in Travis Strikes Again?

To access each game world in the game, you have to find one of the death balls, once you find that you can put it into the console and access that game world. Each game world is based off of the same hack and slash battle system. But there will be additional elements that are unique to each world added on top of that

Is this a good jumping on point for newcomers to the series? Or will they feel lost, unfamiliar with the series characters?

That is actually precisely why we didn’t give this a number in the No More Heroes series, it’s so that younger players or perhaps players who have no history with Travis or don’t know anything about it, can have an easier time just jumping in and playing without having to know everything that happened before.

Is there any DLC or post-release content planned for Travis Strikes Again: No More Heroes?

I was waiting for that question. Yes, there will be future DLC and a season pass, we will release more information on that in the future.

With the recent release of Killer 7 on the PC, are there any plans in the work for the No More Heroes series to be ported to the Nintendo Switch, or a No More Heroes 3?

There are no set plans yet, I definitely want to, the No More Heroes IP is shared between Grasshopper and Marvelous but we have a very positive outlook on it for now.

Your games have always been quite out there and unabashedly crude in comed. Has the recent censorship push from Sony, which appears to be mainly targeted at Eastern Developers, concerned you for the future in any way?

Final question, I have to ask, you’re wearing a custom Hotline Miami T-shirt. Is there a strong partnership between the two games?

Yes, Hotline Miami is featured in the trailer for the game and is also one of the, around 60, indie developed game t-shirts that are available in the game. There’s also another special collaboration with Hotline Miami within the game. Aside from that the shirt I’m wearing was actually drawn for me specifically by Dennis Wedin, the artist for Hotline Miami, so there is definitely a strong connection.

Travis Strikes Again: No More Heroes Review – Not A Touchdown