Last week, Capcom has confirmed that the classic fighter Guile will be the next DLC character for Street Fighter V, the latest entry of the series released a couple of months back on PlayStation 4 and PC. If you're thinking about learning the character and use him to dominate online matches, you definitely need to check out a new video that has been made available a couple of hours back. 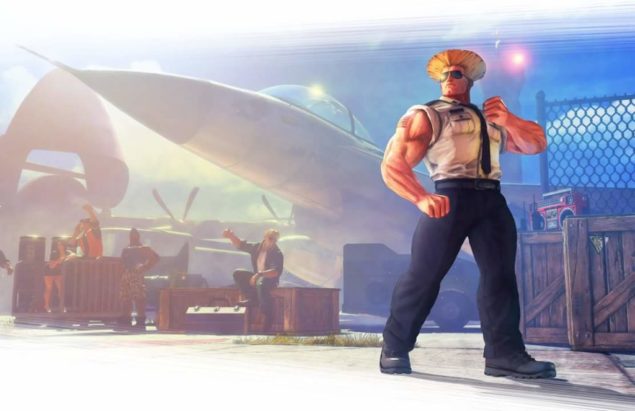 The latest Capcom Pro Tour livestream features a rather in-depth look at Guile, showing his normal and special attacks and more. The video also features a variety of matches against other characters such as Birdie and Laura, so the video is definitely a good watch for those looking to gather some data on these matchups before Guile becomes available. You can check out the new video right below.

During the same Capcom Pro Tour livestream, it's been confirmed that Guile will be released later this week in all regions. The character will be made available at on April 28th at 7 PM PT / 10 PM ET, so regions outside North America will actually get the character on April 29th. Just like for Alex, Guile will be available for free until the Zenny Shop officially launches. After it does, all DLC characters will have to be purchased with either Fight Money or Zenny.

The previous Street Fighter V update, which has been released shortly before first DLC character Alex has been made available, introduced Challenge Mode and Trials, as well as the Shop, which allows players to purchase additional content such as Story Mode costumes, new colors, titles and more with Fight Money.

Street Fighter V is now available in all regions on PC and PlayStation 4. We will keep you updated on the game's future updates and DLC characters as soon as more comes in on them so stay tuned for all the latest news on Capcom's latest beat'em up.