[Update] A new trailer showcasing Guile has now been made available. You can check it out right below.

[Original Story] Yesterday, Capcom has shared more details on the next character to be released as DLC for Street Fighter V, the latest entry of the series now available on PlayStation 4 and PC, as well as more on the game's April Update and a new stage. Following the initial reveal, the Japanese Capcom official YouTube channel has shared a short gameplay video showcasing the new character. 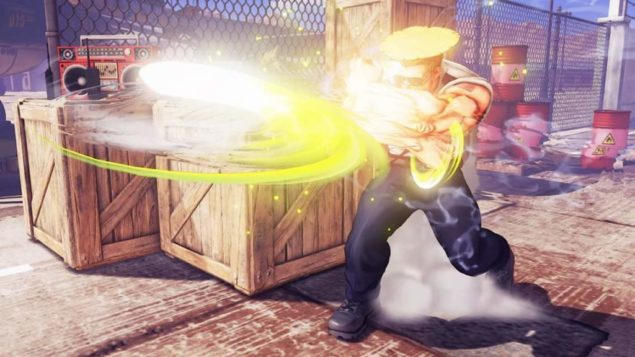 The new Street Fighter V gameplay video, which can be checked out right below, shows Guile's Critical Art, Sonic Hurricane, a special technique that long time fans of the Street Fighter series will surely recognize.

A preview of the Guile's theme has also surfaced online a few hours ago. The theme is a rearrangement of the character's classic theme, and you can listen to it right below.

Not much is currently known about the April update. The update will add support for Guile and the new Air Force stage and address the rage quitting issues. Matchmaking is also going to be tweaked and improved.

The latest Street Fighter V update, released last month, introduced Challenge Mode and Trials, as well as the Shop, which allows players to purchase additional content such as Story Mode costumes, new colors, titles and more with Fight Money. Until the Zenny shop officially launches, all DLC characters will be available for free for all. Once the real money shop is launched, these characters will have to be bought with either Fight Money or Zenny.

Street Fighter V is now available in all regions on PC and PlayStation 4. We will let you know when Guile and the new update launch as soon as possible so stay tuned for all the latest news on Capcom's latest fighting game.