There's plenty we already know about Street Fighter V thanks to the several beta testing phases which have been held in the past months, but there's also much we don't know, especially regarding single player content. Earlier today the game's first review has surfaced online, revealing more details on the highly anticipated game by Capcom. 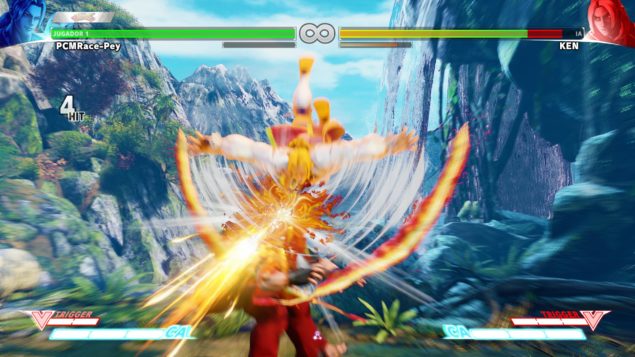 The Japanese magazine Famitsu has reviewed Street Fighter V in its latest issue. The magazine gave the game a total score of 35/40, with the four reviewers awarding the game a 10,8,8,9. Famitsu reviewers have praised the game's easy controls and V-Trigger mechanic but have also noted the lack of single player content.

One of the reviewers also sees the simple system controls as something not entirely positive, as fights between experts might not be a show of skills.

SFV Famitsu review (3/3)
-A reviewer worries that because of simple system & controls, hi-level fights might not be a show of skills.

More on the Street Fighter V single player content has emerged online a few days ago. One lucky fan has managed to play through some of the game's Character Stories during a special store event, revealing details on the stories for Ken, Laura, Necalli, Rashid, and Nash.

Street Fighter V will receive additional single player content in the months following the game's release. The bigger Story Expansion will be released for free on both PlayStation 4 and PC, allowing players to learn more about what happened between Street Fighter IV and Street Fighter III.

Street Fighter V will be released on February 16th on PlayStation 4 and PC. We will let you know more about the game as soon as more comes in on it so stay tuned for all the latest news.