Last week the Street Fighter V beta has been updated on both PlayStation 4 and PC. Capcom hasn't announced another round of beta testing, but there was no doubt that something was coming, as the update was too big to be for nothing. Earlier today, the Japanese company has confirmed that the Street Fighter V servers are now up and will be so for the next few hours. 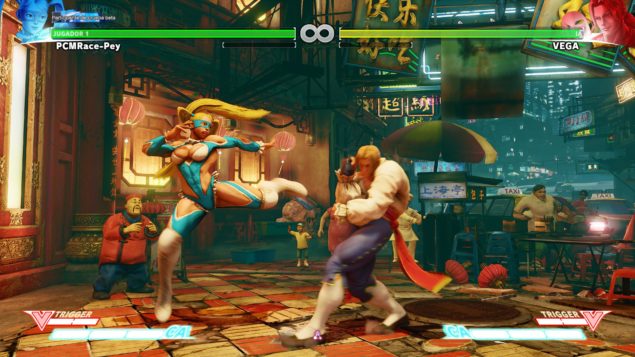 According to the SFV Servers Twitter profile, the beta is now live as the team is running a tech check on their servers. As of now only grappling characters are available - Zangief, Birdie, R. Mika and Laura.

We're running a tech check on our servers for the next few hours. A Royal Rumble of grapplers only, for those that are still awake.

The Street Fighter V beta update also introduced a few extra features. According to reports, it's now possible to select the City in Chaos stage, which features an Alex cameo. The new update also introduced some changes to the main menu, which now shows Story, Versus, Survival and Challenges. The Challenges mode hasn't been detailed, but it's likely that it won't be too different from the Challenge mode featured in the Street Fighter IV games.

Lastly, the new Street Fighter V beta update introduced the ability to select a connection range for online matches, from 2, the weakest, to 5, the best. This feature is definitely a welcome improvement which should make online play much smoother.

Last week some new details on Street Fighter V's  future balance tweaks have surfaced online. According to the latest issue of Edge magazine, all balance changes will be introduced at the end of the season, while fixes for glitches will be coming as soon as possible. Producer Yoshinori Ono has also shared more on Blanka's absence from the Street Fighter V starting roster.

Street Fighter V will be released next month in all regions on PlayStation 4 and PC.