State of Decay 2 Dev: Many Bugs Will Be Fixed; Blemishes Are Overcome by Quality Gameplay Experience 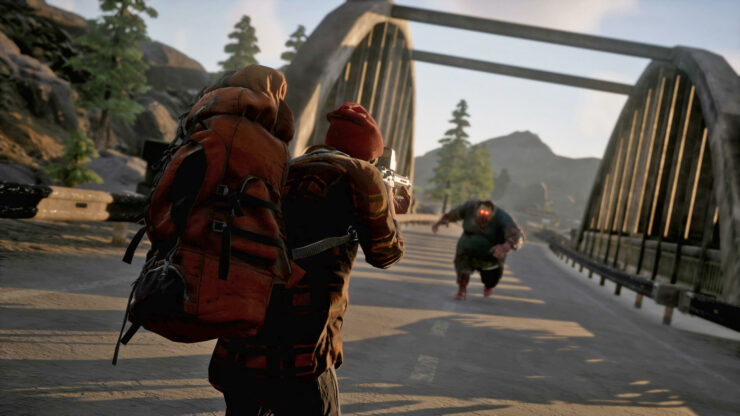 State of Decay 2 is due to release later this month and some press outlets were able to go hands-on with the game. A common point of criticism across the board was the sheer quantity of bugs this close to the launch date.

The build’s a little bit older, we’re fixing some bugs. As we continue to support and develop the game that’s gonna be a focus for us, it’s going to be continuing to fix bugs people are encountering and improving the experience overall. At launch we’ll fix quite a few of the things that you encountered today. But as an ongoing experience… big open world sandbox games have a lot of problems that need to be fixed.

Because ultimately any blemishes are overcome by the quality of the gameplay experience. There are obviously many different ways to make a video game. Emphasising and focusing on everything being pitch perfect and bulletproof is certainly one way to do it. I am biased towards making sure the game is as fun as possible, is as broad an experience as it should be – in terms of driving, shooting, base-building, community management, and more – I wanted to push as many features into the game as we needed to make that experience cohesive and compelling. And then take care of the problems that we had as we had time to do it.

State of Decay 2 was announced at E3 2016 and originally scheduled to be available in 2017 before the date got delayed to Spring 2018. Undead Labs should have had an adequate amount of time to polish it off already, so this is a bit surprising to hear.

We can only hope the worst bugs will be fixed by May 18th as that's when owners of the Ultimate Edition on Windows 10 PC and Xbox One will be able to start playing.