Bossa Studios, known for indie hits Surgeon Simulator and I Am Bread, just shared a Worlds Adrift trailer that shows some gameplay footage. 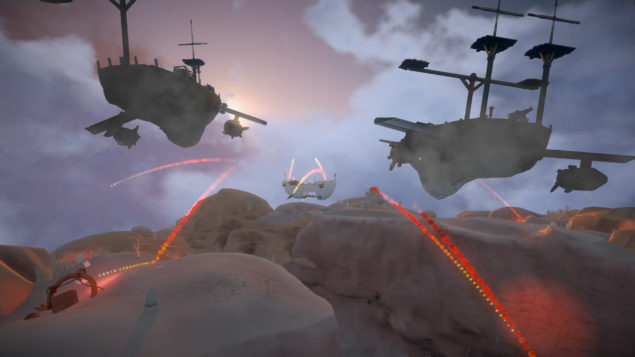 This is definitely an interesting game to follow, and it has grappling hooks, which is always a plus. Here's how it's described on the official site:

Worlds Adrift is the latest adventure from Bossa Studios, the creators of hit games ‘Surgeon Simulator’ and ‘I am Bread’. It’s an unscripted, sandbox game with real-time physics, set in a world that is permanently changed by players’ actions. This new breed of MMO is set in a universe that was destroyed by the overmining of its precious levitating mineral, the Atlas stone. All that remains of the planet surface are the thousands of floating islands still rich in the precious mineral and scattered with artefacts from the many lost civilisations.

A thousand years ago, a cataclysmic event shattered a world into floating islands scattered across an endless skyline. Civilizations tumbled, societies collapsed, and all seemed lost.

From the rubble emerged ragtag bands of nomads, who fly cobbled-together skyships from island to island, scavenging for resources to keep moving. These are the players of Worlds Adrift: Explorers of a new world and seekers of ancient knowledge.

Within the coveted ruins of the past, cryptic and forgotten fragments of the technologies developed by civilizations who built much, and oversaw the collapse of it all. Harnessing such forgotten knowledge, players build greater and more powerful skyships that carry them further, past the crushing wind walls, through devastating lightning storms, to entirely undiscovered islands holding the mysteries of an earlier age.

Either working alone or with a crew of friends, players will choose their own path, create their own stories, and tell their own tales as they explore the shattered remains of a once great world in their own skyship.

Worlds Adrift sounds like a new breed of MMO, that's for sure. Moreover, it's one of the first games using the technology developed by Improbable; this is a completely new way to look at the Client-Server architecture. 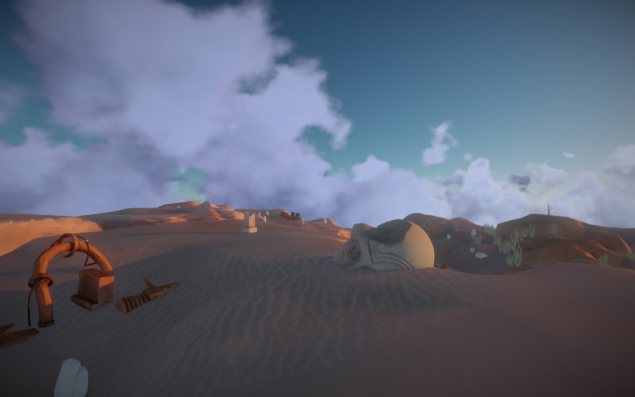 Instead of a central server, there is now a swarm of processors that are activated and moved depending on if and where they are currently needed. This should help specifically with those situations in MMOs where players suddenly congregate in a certain area, with a server crash usually following. Here's how Bossa co-founder Henrique Olifers described its use in Worlds Adrift while speaking to Indie Haven:

This is where the Improbable platform comes in, removing from the equation issues such as sharding, instancing, non-persistency, server load and so on. It enabled us to create a truly unique MMO that has none of the tropes of MMORPGs, thus putting Worlds Adrift in its unique space, thanks to its unique design features. Internally, we don’t even call Worlds an MMO, as we force ourselves to stay away from all the established solutions and features.

Olifers also talked about the importance of physics and persistence in the game.

What I can tell you, with my player hat, is this: once you are in a massive online environment where you can shoot an arrow — a physical arrow — that can be dodged by good reflexes or deflected by another object; when you can swing at an enemy from the top of a tree and push him from the edge of a floating island into an abyss; when a flying ship comes crashing down into the ground with parts flying all over the place and hitting players, taking down trees, leaving salvage behind in its wake… there’s no turning back.

When instead of a two-dimensional scripted character you have instead to deal with the unknowns of other players changing the world around them with every action of theirs, things move at a completely different pace. It feels freer, plays better, bigger, more dangerous, more unpredictable. It’s exciting precisely because it’s new.

I don't know about you, but personally I've been looking forward to an MMO where physics really mattered in a long time. Worlds Adrift is currently in pre-alpha stage, but we should hear a lot more about it in the coming months.