It hasn't been that long since the release of the Star Wars Battlefront February Update, but it seems like those who are still enjoying the game developed by DICE are now able to enjoy some additional content 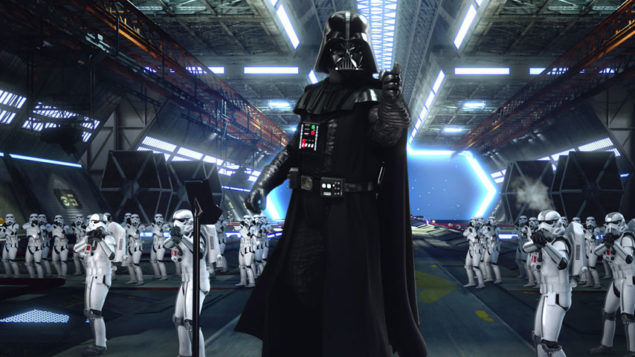 A few minutes ago, it's been confirmed that brand new Star Wars Battlefront content, which includes a new mission and the new Survivors of the Endor map is now available on all platforms. NeoGAF user ElzarTheBam and reddit user nerd-is.the-world have shared a couple of screenshots of the new content, which can be found right below.

With a post on the Star Wars Battlefront Official Forums earlier today, Community Manager Sledgehammer70 has confirmed that the game's servers have gone down for a short amount of time in preparation of the release of the March update. In another post, Sledgehammer70 has revealed details on what the Star Wars Battlefront March update will add to the game, such as a new mission and a new map.

Last week, new details on the Outer Rim DLC pack has surfaced online. The pack will include, among other new features, new maps and two new heroes, Greedo and Nien Nunb. DICE's Lead Designer has also revealed that the team is looking into adding rolling in the future and more.