[Update] Following the first details of the Outer Rim DLC going live on the game's official website, Star Wars Battlefront Community Manager Sledgehammer70 confirmed that the level cap will be increased to 60 once the DLC pack becomes available.

[Original Story] Star Wars Battlefront, the game based on the popular franchise released last year on consoles and PC, is finally going to get its first DLC pack in the near future, and today new details on it have emerged on the game's Official Website. 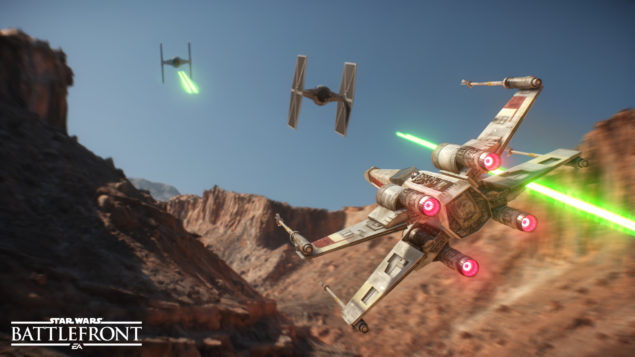 The Star Wars Battlefront Outer Rim DLC expansion, which is included in the game's Season Pass, will allow players to play in new locations such as the factories of Sullust and Jabba's throne room and sail barge garage on Tatooine.

Blast enemies in the smelting factory or along the industrial pipes and platforms of Sullust or fight through Jabba’s throne room and sail barge garage on Tatooine.

Alongside new locations, players purchasing the Outer Rim DLC pack will be able to play as two new heroes - Greedo and Nien Numb. Also, the Outer Rim expansion will add a brand new play mode called Extraction, where Rebels must bring a shipment of resources to their transport ship before time runs out.

Rebel forces have entered some of the most dangerous places in the Outer Rim in order to extract a valuable shipment of resources. Now they must bring the shipment to their transport ship before time runs out. The Empire has arrived to stop them from reaching the extraction point.

Last, but not least, the Star Wars Battlefront Outer Rim DLC will come with new weapons which should make the experience more varied than before.

Arm yourself with the new Relby V-10 rifle and DT-12 blaster pistol and collect and equip the Scatter Gun, Dioxis Grenade, and Adrenaline Stim Star Cards.

Star Wars Battlefront is now available on PC, PlayStation 4 and Xbox One in all regions. The Outer Rim DLC pack has yet to be dated, but more on it will surely come in soon, so stay tuned for all the latest news.