Yesterday, Electronic Arts and DICE have revealed some new details on the new Star Wars Battlefront DLC pack called Outer Rim. Among the additions coming with the soon to be released pack are two heroes, Greedo and Nien Numb. Not much has been said about the two new heroes yesterday, but some details on one of them have emerged online thanks to DICE's Lead Designer. 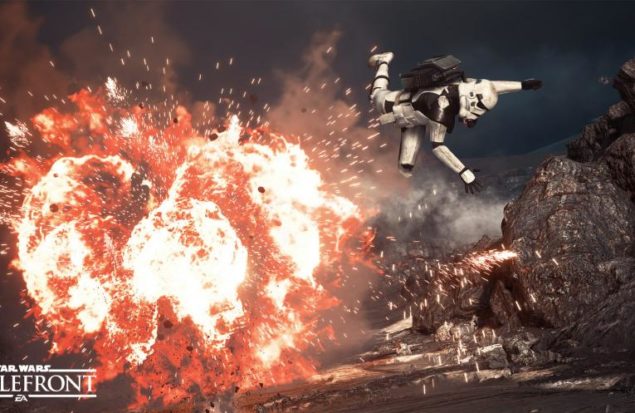 @alex840 I kicked Han's ass in HvV today with Greedo. I like him, he plays well.

Dennis Brännvall has also took the time to answer to other questions from fans on Twitter. One Star Wars Battlefront player has asked the game's lead designer about a possible addition of rolling as movement option. Dennis Brännvall stated that he's currently looking into it, so we might be getting an additional movement option in a future update.

Dennis Brännvall has also acknowledged the requests for a possible local Splitscreen mode. He stated that he cannot promise anything, but he is well aware of the request.

@timelord1088 @Heat_Advisory @GrimReefz @swbattlefront_c I can't promise anything, but I understand that's something players want to see

Star Wars Battlefront is now available in all regions on PC, PlayStation 4 and Xbox One. The Outer Rim DLC pack will be released later this month on a yet to be confirmed date. We'll let you know when the DLC pack launches on all formats as soon as possible, so stay tuned for all the latest news.