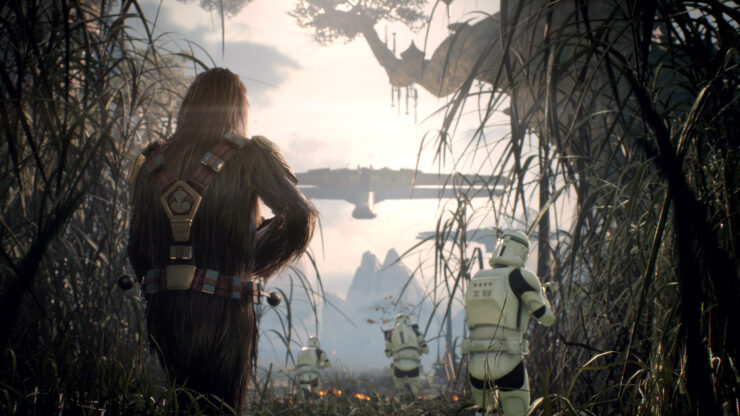 EA's biggest game this year is certainly Star Wars Battlefront II and it's no wonder the publisher chose to dedicate over thirty minutes of its EA Play 2017 conference to the game.

Moreover, though, YouTube content creators were able to capture some gameplay beforehand and it just went live on the popular video platform, giving us a much better look at the gorgeous graphics enabled by the latest version of the Frostbite engine.

Here's JackFrags's gameplay, recorded at 1440P@60FPS. Then we have footage captured by STAR WARS HQ, showcasing all the vehicles available in Assault of Theed's map and even all the heroes.

DICE also officially confirmed, as per our previous report, that Seasons will bring in free content for all players.

We're going to be hosting in-game events, quests, and challenges to keep things fresh. There are also going to be Seasons, the first of which releases in December inspired by Star Wars: The Last Jedi. And, strap yourselves in: this content will be free for everyone who plays Star Wars Battlefront II.

Finally, here's the official gameplay trailer published on the EA Star Wars YouTube channel. The game is out on November 17th for PC, PlayStation 4 and Xbox One.