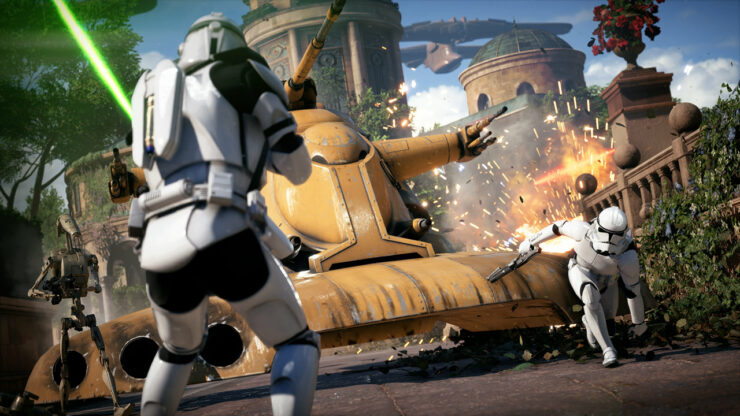 Yesterday, we posted the final social media analysis by Synthesio where DICE's Star Wars Battlefront II turned out to be the most popular game at E3 2017.

In case there were any doubts, though, Facebook and YouTube also posted their own findings and once again Star Wars Battlefront II grabbed the first place. 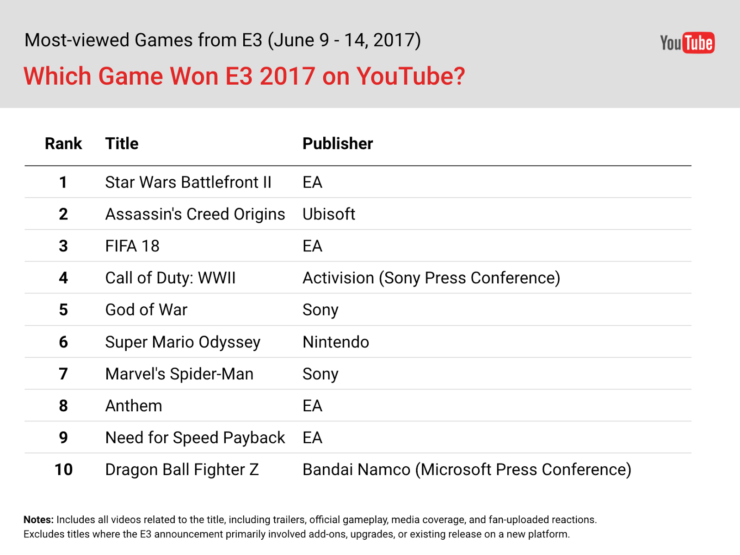 During E3, “Star Wars Battlefront 2” was both the #1 most-viewed trailer, and the most popular game across all videos uploaded to YouTube, with over 7.9M views.

In second place is the “Super Mario Odyssey” trailer with 5.5 million views. It was one of the last titles to be announced at E3, so its ranking is even more impressive given that it proceeded the “Star Wars Battlefront 2” trailer release by three days.

It is no wonder that Star Wars Battlefront II managed to be the hottest game of E3 2017, really. Between the hype for Star Wars VIII: The Last Jedi, DICE adding a campaign and free DLC content post-launch, the opposite would have been surprising.

Will the game be worth all this hype? We'll have to wait November to find out, though we'll get an inkling sooner with the beta scheduled for this Fall. Meanwhile, take a look at some 4K@60 gameplay footage grabbed at E3 2017 by IGN.