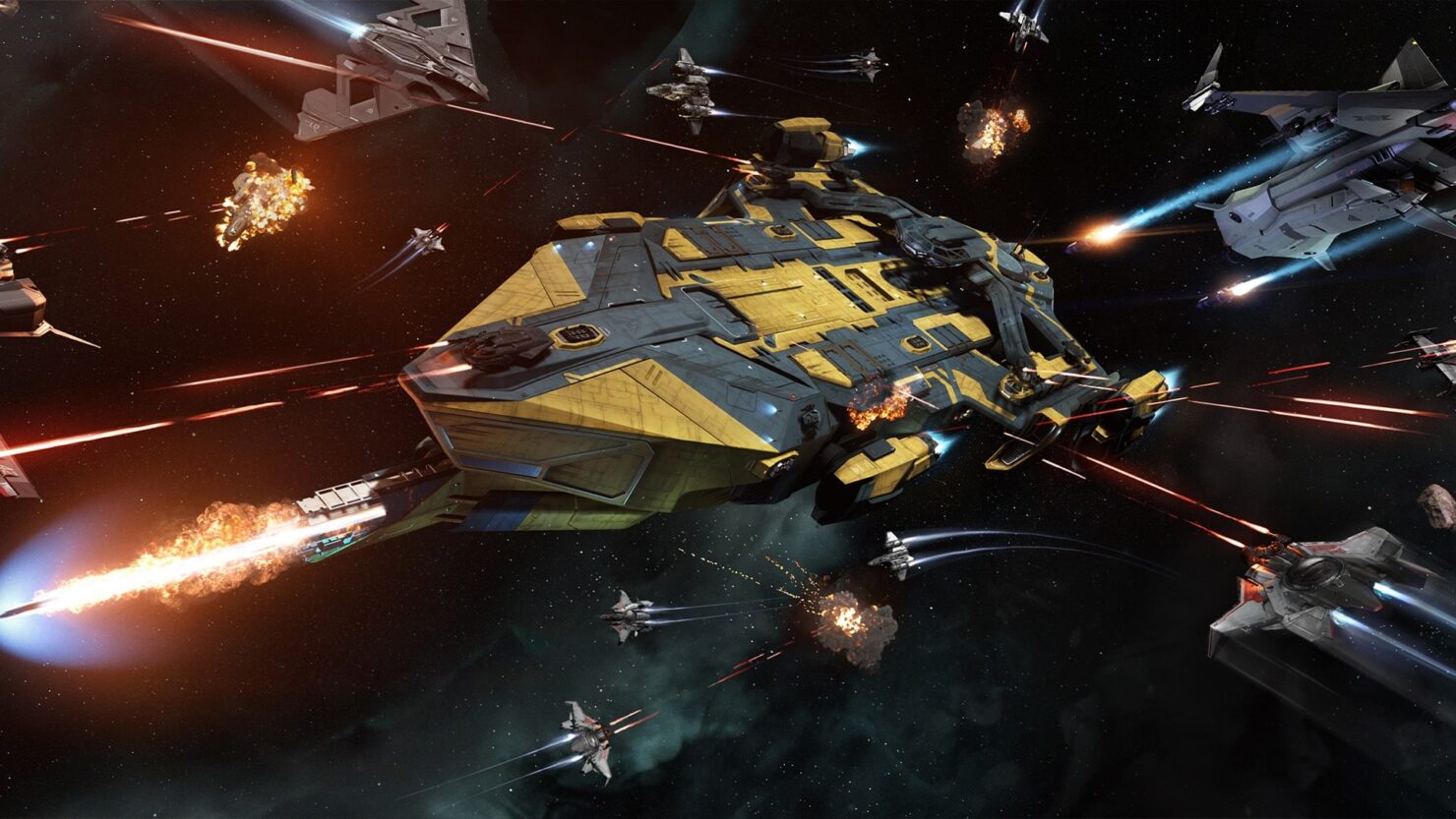 Star Citizen can once again be accessed by anyone as part of this month's Free Fly event, which began yesterday at 18:00 UTC and will be live until Thursday 25th at 23:59 UTC. All you need to do is create an account (or log in to your existing one), enter the GETINTOTHEVERSE code, and download the client.

It’s 2951, and there’s never been a better time to see what Star Citizen is all about. From February 15 to 25, get in the game for free and explore the stars in six iconic ships, each giving you a taste of the distinct career paths and playstyles awaiting you in the ‘verse.

Pick dogfights with pirates in a swift and deadly Anvil Arrow, strike it rich mining valuable ore in a MISC Prospector, sample the life of a space trucker in a stout MISC Freelancer, show off your unique style in a Mustang from Consolidated Outland, ride on the wild side in an open-canopy Drake Dragonfly, or seek exploits across the system in a trusty RSI Aurora.

Whichever path you choose (why not give all of them a try?), you’ll find breathless adventure around every corner when you blast into Star Citizen via the steps below. And if you’re looking for help getting started, head over to our Welcome Hub, where you can learn the game and hone your skills in the cockpit and beyond.

Should you find your calling amongst the stars, we’re offering discounted Starter Packs through February 26, so you can keep your adventure going after the Free Fly ends.

Star Citizen recently hosted its very first dynamic event, called 'Assault on Stanton', as part of Alpha Update 3.12. During the weekly recap posted just yesterday, the developers congratulated the community on thwarting the XenoThreat invasion and promised many more dynamic events to come, including more encounters with the XenoThreat group of outlaws.