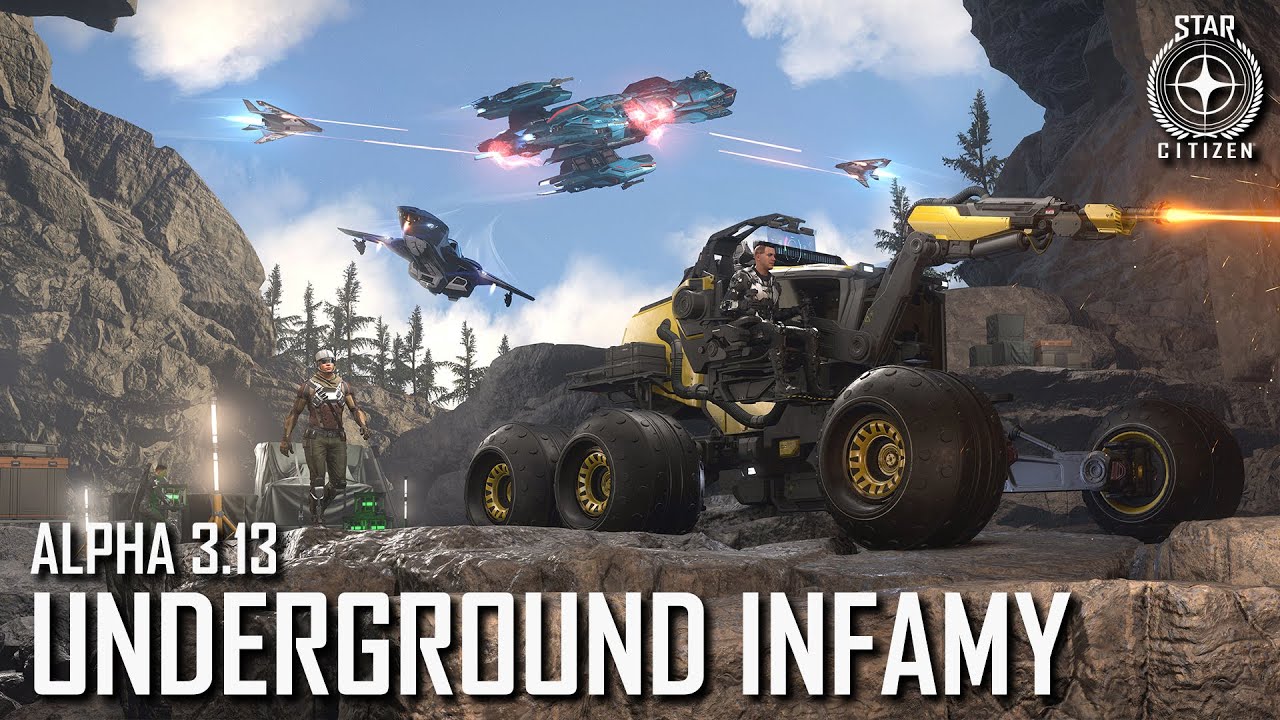 The new update introduces plenty of new features to the game, such as ship-to-ship docking, a new reputation system, new underground caves featuring a variety of missions, and two brand new vehicles.

You can check out the new Star Citizen - Alpha 3.13: Underground Infamy update in action in the trailer below.