SpyParty Gets Steam Page; Due on Early Access in Early 2018 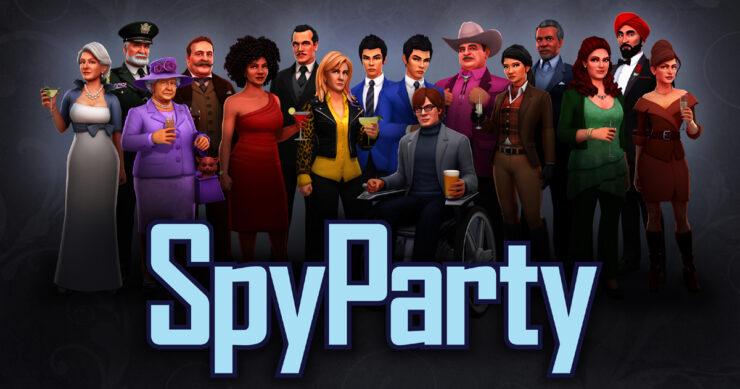 Unless you're a major indie games buff, chances are you may not know about SpyParty. Still, the game envisioned by Chris Hecker (who previously worked on Will Wright's Spore) is certainly of a unique kind.

It's been in development for a long time, for starters, being showcased for the first time during GDC 2009's Experimental Gameplay Workshop. Since then there have been regular test events and, finally, SpyParty received its very own Steam page earlier this month.

This is a clear step towards launching on the platform's Early Access program. This should happen in the early months of 2018, though the final release would still probably take another couple years according to Hecker's own estimate. If you just can't wait that long you can always elect to purchase the game on the official website and start playing the beta right away.

SpyParty is a competitive espionage game about human behavior, performance, perception, and deception. While most spy games have you machine-gunning stuff, blowing things up, and driving fast, SpyParty has you hide in plain sight, blend into a high-society cocktail party, deceive your opponent, and detect subtle behavioral tells to achieve your objectives and not get shot. Finally you can be like the suave and confident spies you find in films or books, risking it all by doing the final mission right in front of the sniper as the clock runs out! There are plenty of games that explore being a super-powered commando with an infinite supply of ammunition and no brains; SpyParty is a new and quite different game about the more interesting, deeper, and more subtle aspects of being a spy.

The current main gameplay mode is 1v1 Spy versus Sniper online multiplayer, although there is limited single-player Sniper play right now, and a single player Spy and Sniper practice mode for trying out missions and whatnot.

Freeman: Guerrilla Warfare to Launch Out of Steam Early Access This Friday