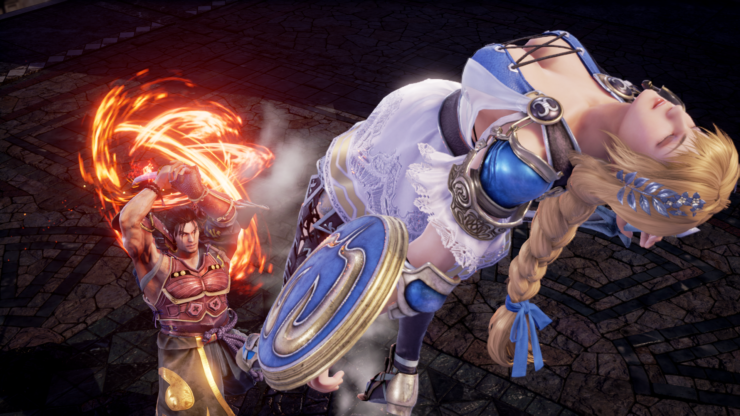 It's been some time since the release of the latest entry in the Soulcalibur series, but next year players will be able to get back on the stage of history with Soulcalibur VI. There's still quite a bit we don't know about the game, but more on it has emerged online today.

In a new interview with Famitsu, Soulcalibur VI producer Motohiro Okubo, production producer Michinori Ozawa, and director Yoshiyuki Takahashi revealed some details on the upcoming game. According to the members of the team, the main theme of the game is reboot, with the team looking back at previous entries and build upon their reception. Like previous entries, Soulcalibur VI will feature some new characters and they will have an important role in the story. Among these characters may be some guest characters.

Among the new mechanics that will be found in Soulcalibur VI will be the already revealed Reversal Edge system, a Soul Charge system which will grant a temporary power up as well as new techniques, and a some sort of Critical Hit system which will allow players to perform flashy combos that will be accompanied by special effects like slow-motion once certain conditions are met.

Soulcalibur VI launches sometime next year on PC, PlayStation 4 and Xbox One.