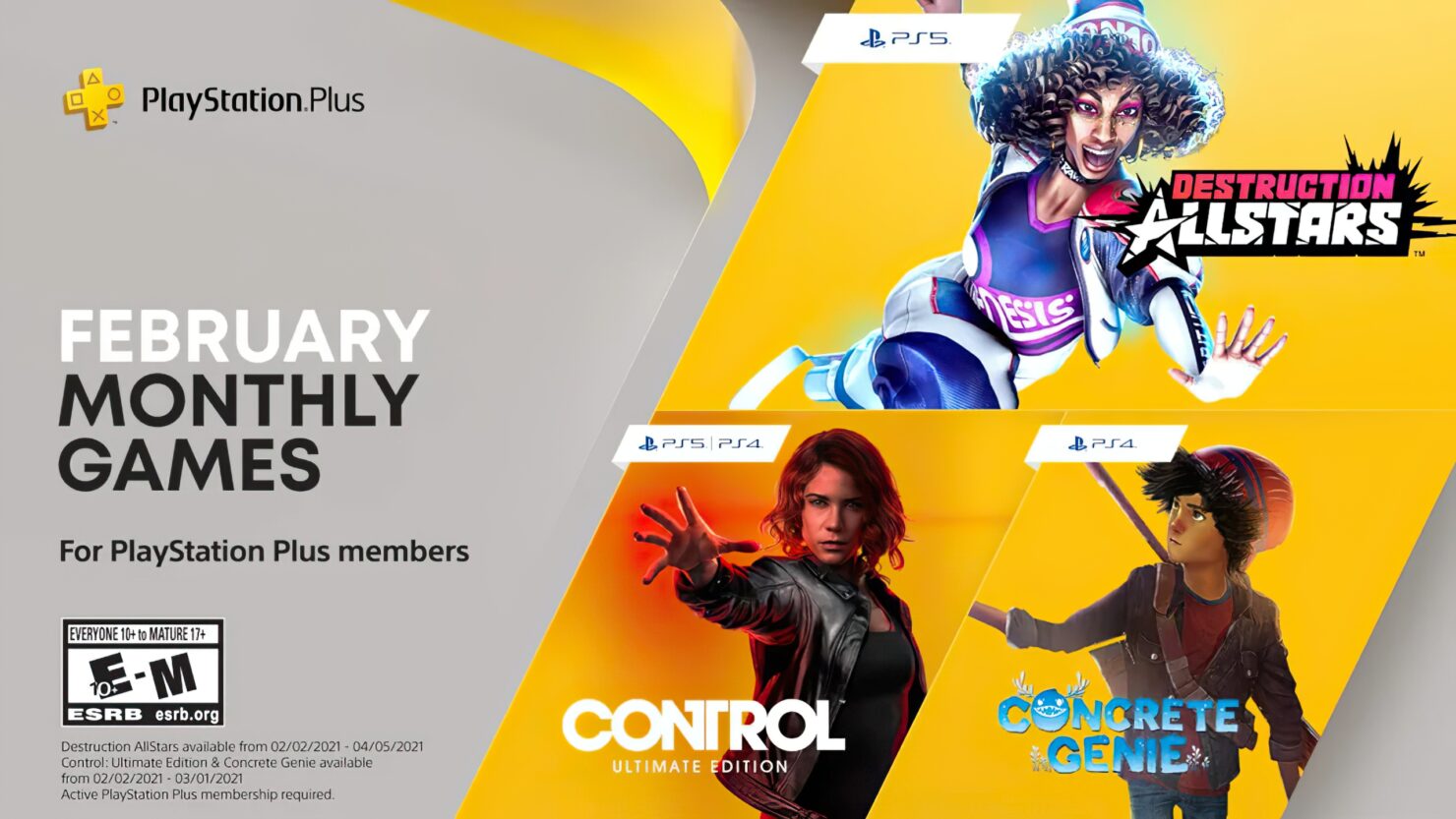 Sony announced the new PS Plus games for the month of February 2020, which could very well take the 'prize' as the best month ever in terms of quality titles.

PS Plus subscribers will get to play Destruction AllStars, Control Ultimate Edition, and Concrete Genie for free. Destruction AllStars is the freshest of the three, being a brand new released; apparently, the vehicular combat PlayStation 5 exclusive will launch on February 2nd and stay on PS Plus until April 5th. On the other hand, Control Ultimate Edition and Concrete Genie will be available to subscribers to pick up until March 1st.

Sony also shared a new State of Play video focused on Destruction AllStars; you can watch that below.

Entertain the crowds by bringing controlled chaos to the vehicular combat arena of this metal-crunching multiplayer game. Pick one of 16 superstar competitors, then leap into four game modes, using timing, tactics and skills to cause carnage behind the wheel or create havoc with your parkour skills. Perfect your character’s abilities – including a hero vehicle unique to them – to give you the edge in free-for-all battles or team challenges and become Global Destruction Federation Champion. The game also supports PS5’s Game Help feature, giving you hints and tips to become the ultimate destructive machine without the need to leave the game.

The other two PS Plus games, Control Ultimate Edition and Concrete Genie, are known quantities. Check out excerpts from our reviews below if you wish to learn more about them.

Concrete Genie is a fantastic game that lets you explore a beautifully realised town as well as your own imagination. While there are some tiny annoyances, Concrete Genie is so dedicated to making you feel creative that you'll barely notice them as you play.