Remedy always had a flair for the otherworldly, the supernatural, if you think about their portfolio of games. Even in Max Payne, their breakout title, they pioneered the slow-motion 'bullet time' effect in games modeled after the one seen in The Matrix movies. This allowed the titular character to effectively react to bullets while they were being fired, a superpower in its own right.

With Alan Wake, Remedy dived headfirst into a fully supernatural setting where the titular (once again) Alan Wake battles the encroaching darkness and those who have succumbed to it with the power of light, in addition to his own wits.

Quantum Break followed in the same footsteps, although it veered closer to science fiction. In the 2016 title, a failed experiment with a time machine empowered main character Jack Joyce with time-bending powers to stop the apocalypse (that is to say, the end of time). 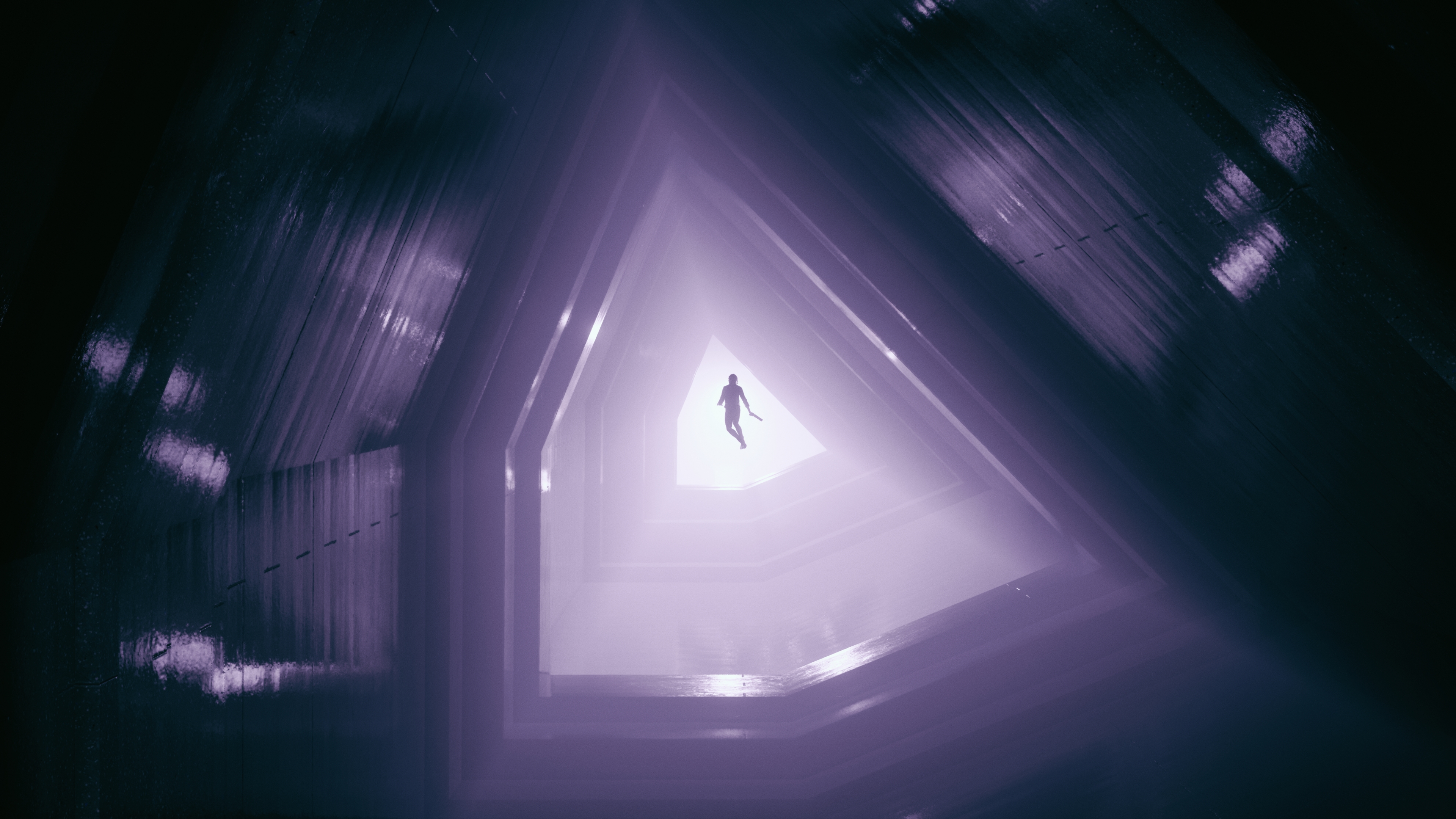 Arguably, though, it is with Control that Remedy reaches the pinnacle eerie setting. The first fully multiplatform game released by the studio since the days of Max Payne, Control is entirely set in one big location, the Oldest House.

This brutalist-styled building is placed squarely in the center of Manhattan, and yet it is hidden in plain sight there, as its unique properties effortlessly push looks away unless the observer is specifically searching for it. Indeed, it is no ordinary building but a Place of Power that is central to the game's paranatural setting.

In the world of Control, other dimensions sometimes seep into ours to cause the so-called Altered World Events. This happens far more often in the Oldest House as that's where the walls between dimensions are thinnest on Earth.

As the FBC was founded with the goal to contain and research these paranatural phenomena, once the Oldest House was discovered it didn't take long for the Bureau to move in permanently. 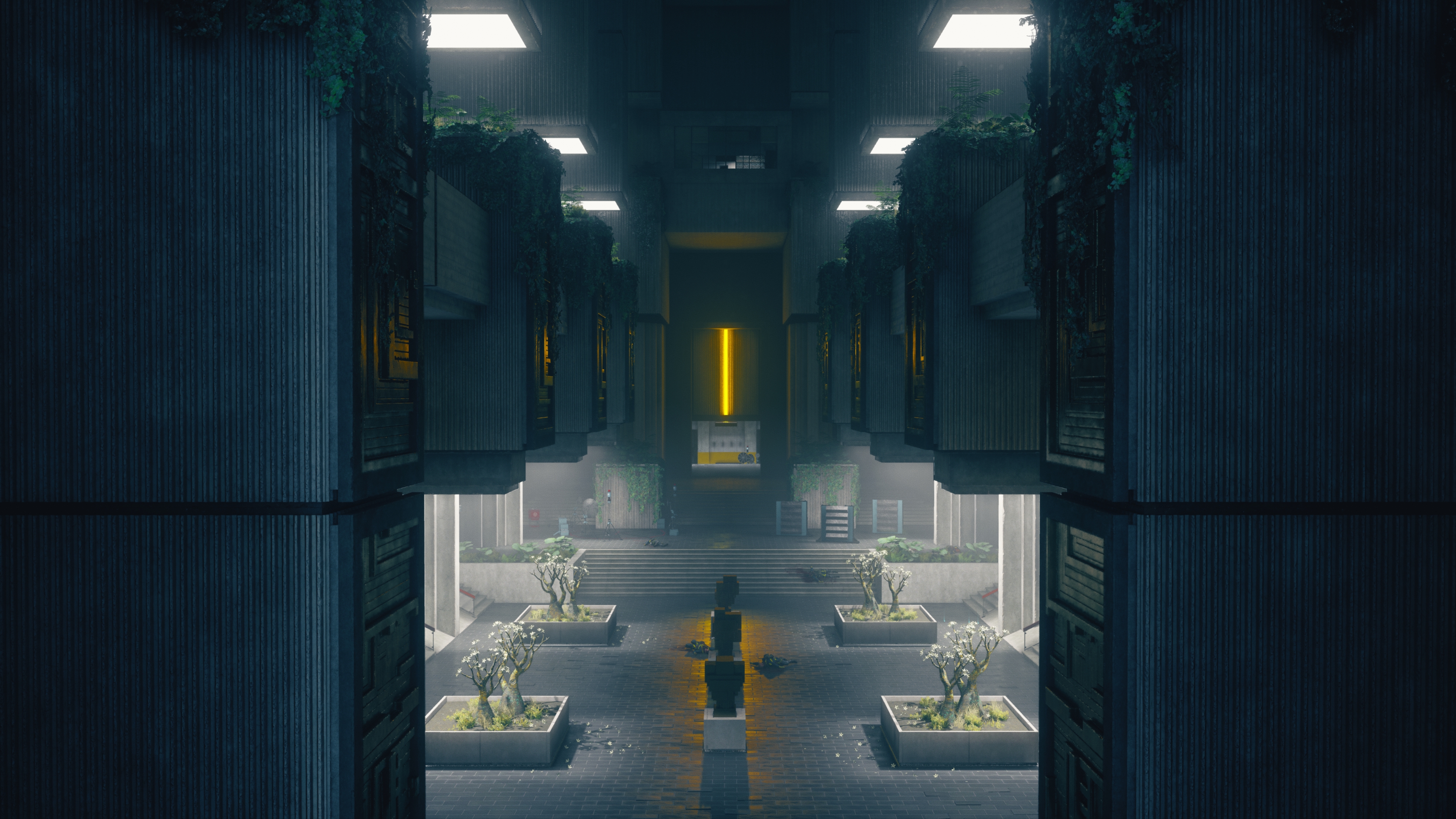 All kinds of weird events regularly happen in the Oldest House, but the game begins when something far more insidious has taken root into the building, which subsequently enters the state of internal lockdown to avoid the spread of this infestation of sorts into the world.

Protagonist Jesse Faden literally walks into the Oldest House as if it was a regular edifice, her motive being the search for her long-lost brother Dylan, essentially kidnapped by the FBC during an AWE that took place in the siblings' hometown. However, there are reasons why she was able to do so even with the lockdown in place; Jesse is special in plenty of ways and that's made clear at the very beginning of the game, when she is able to pick up the dead FBC Director's Service Weapon and survive, thus becoming the new Director (in a clear nod to Thor's Mjolnir or King Arthur's Excalibur legends).

Faden is characterized as an introvert, a woman of few words, mostly because of what happened to her during that Altered World Event and the fact that no one would believe her story. We do, however, get to hear her inner voice even during conversations, which gives us an interesting insight into her personality from the inevitable insecurities to the steely determination.

Truth to be told, there aren't that many human characters to interact with in Control. Most of them are dead already or they have been possessed by the Hiss. Many others are just regular FBC employees that cannot be interacted with, leaving only a handful of properly defined characters.

These are fairly well written, though as a whole the tale told in Control comes off as slightly hard to relate to. A big reason for that is the faceless nature of the enemy, the Hiss, an extradimensional hostile force that doesn't really have much in the way of complexity for its motives. It just wants to corrupt and take over, as simple as that.

The worldbuilding could also have been a bit better. There are a ton of reports and audio/video recordings spread across the many offices, but most of them are partly classified. This doesn't entirely make sense when you consider that Jesse becomes the FBC's Director from the get-go and should logically have clearance for everything. 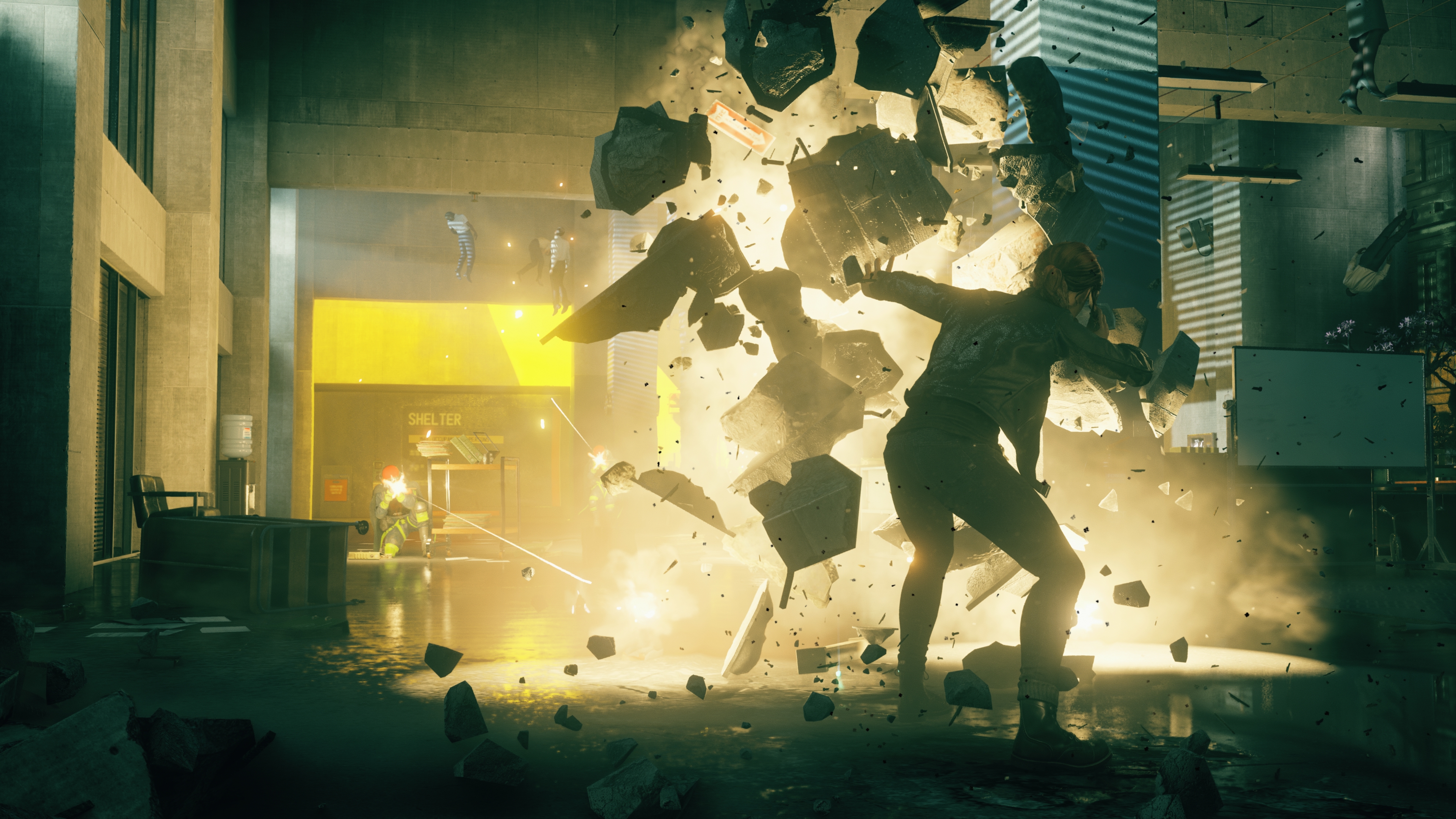 Having Control take place solely in the Oldest House had the additional benefit to make it easier to craft a Metroidvania-inspired action/adventure game. It is the first time that the Finnish studio foregoes linear gameplay and it's something that they had explicitly cited as a lost opportunity with their past titles. Control successfully dips into more open-ended waters as the Oldest House can be explored more or less freely (after the Directorial Override of the internal lockdown) and in my book, allowing this level of exploration in games is always a plus. In this case, it's even more interesting to explore all nooks and crannies in the Oldest House, given its constantly shifting and unpredictable nature.

Content-wise, though, there aren't that many secondary quests to be found in the game. This can probably be explained with the short development time (just over three years) of the project as well as the limited size of the team (Remedy is also working on CrossFire story mode for Smilegate as well as researching multiplayer options with the internal 'Vanguard' team). Still, the total amount of game hours is around twenty (including the side content) and can be considered respectable for the genre.

As mentioned before in our hands-on preview from E3 2019, the game's action combat is easily one of the standout features of the title. As Jesse successfully binds more Objects of Power while roaming the Oldest House, all sorts of powers can be unlocked. The first and arguably the most devastating is telekinesis, which allows her to pick up and launch pretty much anything in the environments, from chairs to desks, from fire extinguishers to televisions and the like.

Should none of these be available in the vicinity of the action, Jesse will grab a good chunk of the building's concrete to hurl at her foes. Needless to say, the environments can look like something out of a Warzone after a fierce fight with several minions of the Hiss. She can also use the concrete as a shield for defensive purposes, provided you've found and bound the Safe Object of Power. Other powers include levitation, dodge, a telekinetic-empowered melee attack and the ability to temporarily convert enemies to allies once their health has almost depleted.

With all these paranatural abilities unlocked, Control delivers a great, satisfying power fantasy in the hands of players, even though the boss fights aren't quite as epic and memorable as they could have been given the premises. Of course, there's also the aforementioned Service Weapon which handles the more than competent shooting side of Control. There are no other weapons in the game, but the Service Weapon can be transformed into other types of guns resembling a minigun, a shotgun et cetera, providing all the necessary variety.

Shooting becomes necessary once you have used a few powers and the energy is recharging, though it is possible to increase Jesse's total energy or improve the efficiency of her powers through Personal Mods, while Weapon Mods allow tweaking of the Service Weapon's capabilities in its various forms.

It's worth noting that while Control isn't a traditional cover shooter, Jesse can indeed crouch to get cover behind objects, though the destructibility of the environment means that cover can literally blow up at any second.

Beyond combat, though, Remedy could have done more with these powers when it comes to exploration and puzzles. The few puzzles that are there mostly involve finding the right hedron pattern in lab notes before replicating it on a computer to unlock some door.

Arkane's Prey game, for example, another game based on a Metroidvania design and set on one big interconnected location (the Talos space station), did outstandingly well in this regard, making players feel clever as they used all the tools at their disposal to find alternate or hidden routes. 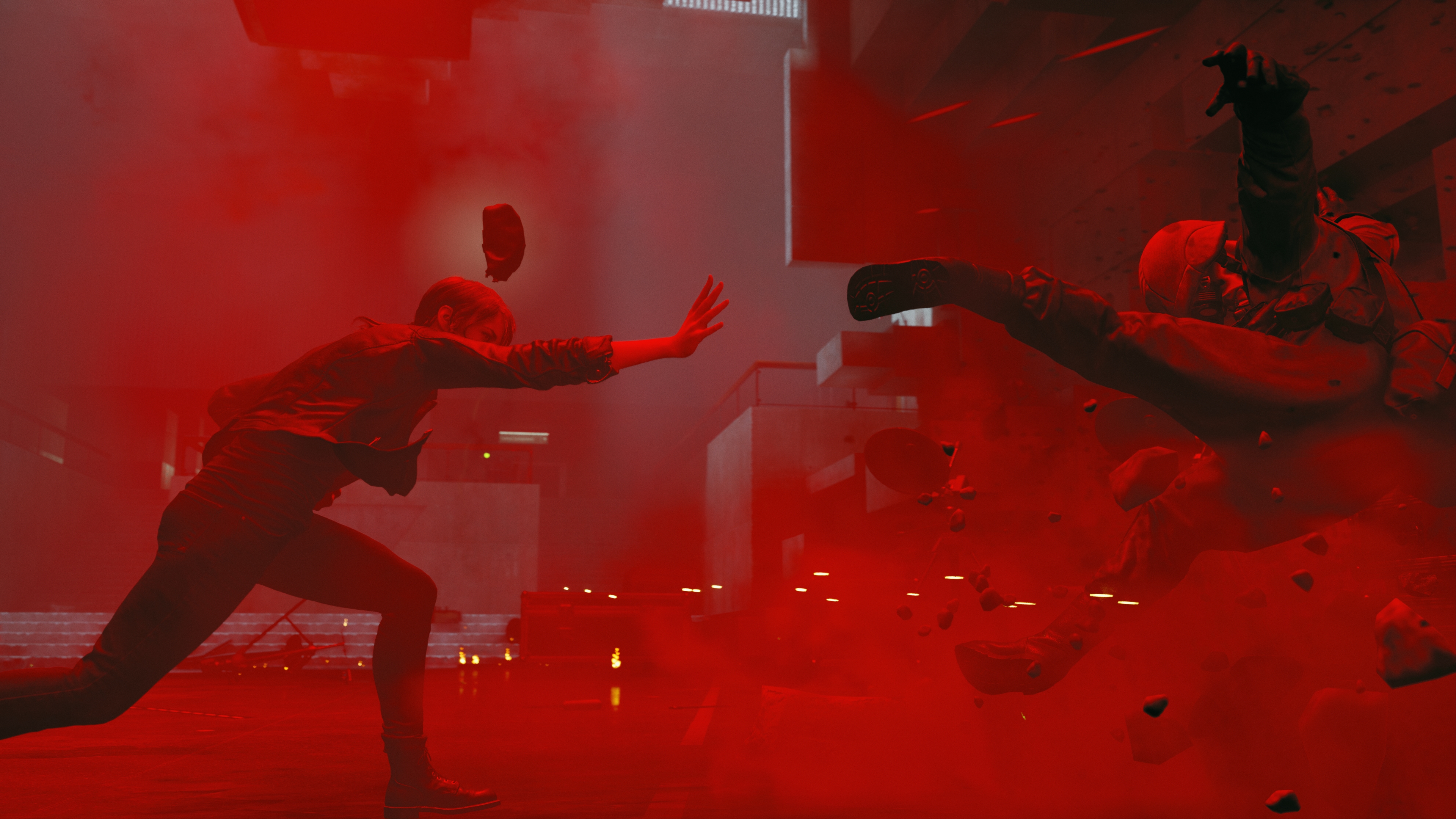 From the technical standpoint, Control is the latest evolution of Remedy's own Northlight engine, building on what was an already solid foundation with Quantum Break. On PC, though, Control comes with a handful of additions that GeForce RTX graphics cards owners will be able to enjoy to the fullest extent.

First of all, there's real-time ray tracing (based on Microsoft's DXR API), implemented in four different effects. We've seen the reflections in earlier trailers, but in-game they are quite impressive to say the least, providing greater accuracy and detail on both opaque and transparent surfaces than is otherwise possible.

Overall, anyone would be hard-pressed to argue that ray tracing does not meaningfully improve the graphics of Control. On the contrary, this is one of the finest implementations of the technology to date. That said, activating all these effects with the High quality preset at 4K resolution tanks the frame rate even on a system powered by the RTX 2080Ti graphics card. Thankfully, Control also supports NVIDIA's Deep Learning Super Sampling (DLSS) technology, something that had been kept under wraps until recently. According to NVIDIA, DLSS can increase frame rates by 1.5 to 2 times depending on the resolution. Playing at 4K, I was able to choose between 1080p and 1440p rendering resolution with DLSS.

I picked the latter, of course, which makes the game run fairly smoothly with all ray tracing effects enabled. There is some occasional stuttering (although not nearly as much as seen in the gameplay footage below, due to the capture's inherent performance hit), though that appears to be more related to the CPU than anything. As it turns, the i9 9900k's eight cores could be less than ideal as Keith's benchmarks indicate.

Overall, Control looks fantastic in places and that's also thanks to the striking art design, but I do have to mention the excessively grainy image as a negative. Even with the Film Grain option disabled, the grain effect is just too pronounced and inevitably goes to the detriment of the image quality, which is a pity.

Initially, I thought it could be noise, a byproduct of ray tracing, but it's there even when ray tracing is disabled. It has to be a stylistic choice on Remedy's part, then, albeit one that I disagree with.

On the sound front, the music and ambient effects are adequately eerie but do not stand out on their own, and the same can be said for voice acting as well.

As a final thought, Remedy's latest manages to deliver consistent quality with the studio's usual solid, fun, technically advanced offerings. What it does not manage, however, is propelling the studio to a whole new status as Marvel's Spider-Man did for Insomniac recently. Hopefully next time, as Control does beg for a sequel to explore in a much greater way the weird and fascinating paranatural world created by the Finnish developers.

Reviewed on PC (code provided by the publisher), where the game will be an Epic Games Store exclusive for a year.